Jesus Was Not a White Guy 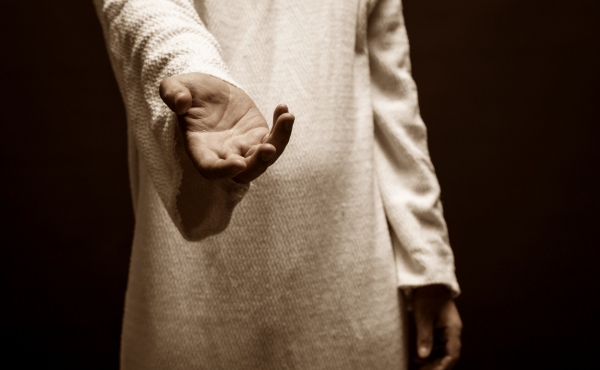 Jesus was not a white guy. The paintings you may have seen, portraying him with sandy-colored hair and blue eyes, are figments of the European imagination. Jesus was a Palestinian, and he looked like one. If he were living in the U.S. today, we’d see him as a “person of color.”

That’s just the visual impression, though. In Jesus’ world, there was no such thing as a “nuclear family,” Mom, Dad and the kids. In those days, families were large and extended; kids growing up saw their aunts and uncles and cousins all the time. People didn’t move around if they could help it; local communities were close-knit.

When I first read in the Gospel of Luke that John the Baptizer was Jesus’ cousin, I pictured a distant relative who sent Christmas cards. Then a West African man told me, “A cousin to you is like a brother or sister to us,” and my eyes were opened. They may have lived in different communities, but John and Jesus were brothers, and whenever they saw each other, they picked up right where they left off. When John left his village to wander in the desert, it must have been big news in the family. Imagine the reaction when he started preaching by the Jordan River…

Because Jesus grew up a peasant, he had a different experience of power than my middle-class, white background. From childhood he would have known he should stay away from Roman soldiers (and their friends) and never stir them up. He wouldn’t have expected any advantages or support beyond what hard work and his family could provide. When he proclaimed, “Blessed are you who are poor,” the insights came from his own experience.

Jesus was not a white guy, but I am. I’m a middle-class, straight, cisgender, temporarily able-bodied white guy. I have a lot to learn about what it means to follow a Savior like Jesus.