A Journey of History and Scholarship 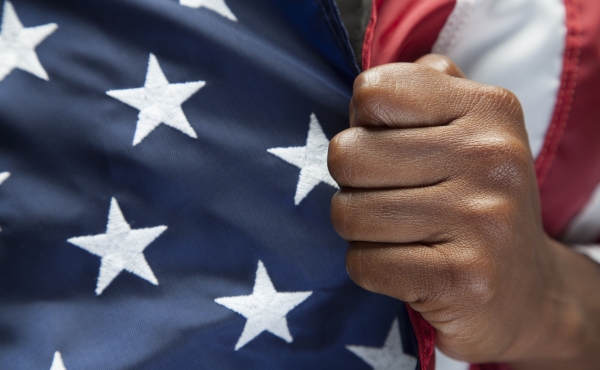 After five years of ordained ministry in parishes, and three teaching in a private school in New York City, I decided I would like to teach in one of the Episcopal seminaries. For that I would need a deeper academic background, so I pursued a Ph.D. in American Religious History at Harvard, specializing in 19th-century Episcopal history. I was especially interested in looking at the interaction of religion and culture. I was supported in this work for three years by a Fellows grant from the Episcopal Church Foundation. For my dissertation, I looked for the story of a church in an anomalous relationship to its diocese, thinking this would open a window into the religion and culture of the period. Soon I discovered St. Philip’s Church of New York City, the second Black Episcopal congregation in the country. St. Philip’s was listed in the annual diocesan journal for decades as “(colored - not in union with the diocese),” with occasional minor variations in wording. But no Episcopal parish can exist outside of the diocesan structure! My dissertation thus became the story of the 40-plus-year struggle of St. Philip’s to move from its founding in 1809, through the ordination of Peter Williams as the second Black priest in the denomination, to a regular worship life with the Book of Common Prayer and visitations by bishops, to only finally having its delegation admitted to the diocesan convention in 1853. It was a fascinating story with a great cast of characters, and after I spent a couple summers re-writing it into a more narrative form, it was published in 2005 by Columbia University Press as Faith in Their Own Color: Black Episcopalians in Antebellum New York City.

It was then I realized that I was a white scholar of Black religious history - its own anomaly - and that there weren’t any openings in Episcopal seminaries at that time. I returned instead to parish ministry at St. James’ in Manhattan as the associate in charge of education, where I was fortunate to offer my scholarly training to the parish’s adult education program. I taught series on church history, and I also offered such other courses as one on Paradise Lost and a two-year reading of the entire Bible. Occasionally I was asked to speak somewhere about the St. Philip’s story, but I thought perhaps that particular part of my life was largely behind me.

In 2016, I retired from the parish, and found myself taking on various part-time positions focused on teaching. I began offering high school seminars at Saint Ann’s School in Brooklyn, where I lived, and I became the Associate for Faith Formation at St. Ann and the Holy Trinity Church in Brooklyn - where I had been the full-time associate thirty-some years earlier. In 2020, I heard that St. James’ had completed research into the history of that parish’s complicity with slavery and the slave trade, and my historical interests were piqued. I offered to spend part of my time during the 2020-21 academic year doing the same research into the histories of St. Ann’s Church (founded 1784, while slavery was still legal in New York) and Holy Trinity Church (founded 1847, twenty years after slavery ended in the state). Suddenly my field of scholarship was relevant again: researching Black and white Episcopalians in early-19th-century New York City! I recruited six high school students at the school (founded by the church, though long independent) to be my research assistants, for which they received independent study credit for learning how to do primary-source research. Despite the constraints of doing everything online 1 because of the COVID pandemic, we were able to present our report to the parish and school by that spring, showing the ways that many of the founding members of both parishes were involved in enslaving persons and/or profiting from the slavery economy. We discovered together the strange combination of feelings of being excited by the historical hunt and yet appalled by what we were learning. The parish is still pondering how to respond to what we reported.

As we finished, I began to wonder whether other parishes in the Diocese of Long Island were doing similar work (Brooklyn and Queens are part of this diocese, as it was formed before the five boroughs became one city). The Rev. Canon Claire Woodley, Canon for Congregational Life, told me there were a couple of churches that had begun this research, but there was the potential, or even need, for many more to take it on: 34 parishes in the diocese existed before the Civil War. No one was leading the effort to get congregations to take on such work, or to support those who were, so Claire invited me to make a proposal. The result is that I am now the Historian in Residence for Racial Justice for the Diocese of Long Island - a title that speaks volumes for the commitment of the Rt. Rev. Lawrence Provenzano, Bishop of Long Island, to the importance of this work. I do not do the research for these parishes, as they need to own their history, but I encourage their volunteers with resources, ideas, possible research directions, and moral and pastoral support. This year I’ve been working with a dozen congregations; I’ve given talks about this work to these congregations and others, and at the Cathedral in Garden City; and I hope to have a dozen more parishes taking on this work in the year to come.

It is enormously gratifying to find myself again offering my scholarship to the wider church, back in the field in which I began, back doing the work that the ECF made possible for me all those years ago. I believe very strongly that no institution can credibly take a stand for racial justice without owning up to its history of participation in racial injustice - and I am honored to have a role in helping the Diocese of Long Island as a whole, as well as its individual constituent congregations, take that stand while learning and claiming that history.