Indigenous cultures bear traditional stories that teach lessons about the nature of the cosmos and of the natural world that are critical to human survival. Within my Indigenous tradition of storytelling, generationally transmitted cultural beliefs establish the context of how to live in right relationship with all our relations. The thing is, our relatives include: rivers, mountains, valleys, clouds, stars, animals, insects, winds, planets, rock formations, fire, soil, seashells, plants, trees, flowers, pollen, minerals, metals, tools, medicines, rain and everything we interact with or encounter within our human existence. We conceive of our connection to one another as intergenerational – as transcending time – in the belief that both our ancestors and generations yet to come rely on one another in the choices and direction taken by we who live in the present time.

Our sacred stories cast an understanding of community that is expansive. We live in recognition of the vulnerability of life, that all that exists has intrinsic value and that we must maintain and cultivate our interdependent relationships with all our relations as a sacred responsibility essential to our identity as Indigenous people. Christian Western European colonizers brought a very different worldview with them when they “discovered” the lands where we had dwelled for millennia. They did not view Indigenous people as related to Europeans, even as they did not view the new environment they encountered as valuable for its own sake, but only as profitable, exploitable resources within an economy of venture capitalism. Indigenous people were market currency for commercial trade, along with everything else.

A catastrophic collision of cultural cosmologies

The cultural cosmology of colonial-era Christian Europeans developed over several centuries. Pope Nicholas V issued the papal bull Dum Diversas in 1452 as the first in a series of papal bulls reflective of the dominant Christian worldview of the time. In it, the papacy sanctioned the seizure of non-Christian lands and the enslavement of any occupants, granting the King of Portugal permission: “To invade, search out, capture, vanquish and subdue all Saracens and pagans whatsoever, and other enemies of Christ … and [claim] all movable and immovable goods whatsoever held and possessed by them and to reduce their persons to perpetual slavery… and to convert them to his use and profit.”

The society and Christian belief system of fifteenth century Western Europe reflected and supported a highly stratified hierarchical social structure. The culture and theology of the time were specific to the history of Western Civilization with its ideological links to Classical Greece and Ancient Rome. The philosophical construct of ranking the world's organisms goes back to Aristotle's biology in which animals are hierarchically ranked over plants based on their ability to move and possess sensation. Aristotle's non-religious concept of higher and lower organisms was adopted by natural philosophers to form the basis of the Scala Naturae (“Ladder of Nature”). The scala became associated with theological ideas of divine order towards perfection, assigning a sliding scale of valuation from lower to higher orders of being.

The creation story in the Book of Genesis undergirded the belief that God had created a graduated order of beings ranging from lower forms (plants/animals) to the higher forms in the crowning achievement of the creation of people. The Scala Naturae was long the dominant worldview of European thinkers and became the basis for the theological model of a Great Chain of Being outlined within the theology of Thomas Aquinas in the First Part of his Summa Theologica, a section of writing first drafted in the mid 1200’s. By the late Middle Ages and the Age of Discovery, the great chain was seen as a God-given and unchangeable ordering, with Christian nations and their kings (along with church hierarchy) placed at the top of the known world order.

The first encounters between Christian Western European explorers and the Indigenous Peoples of Turtle Island[i] constituted an epic clash of cultural cosmologies, as catastrophic and transformative as two galaxies colliding over eons of cosmic evolution. Through the forces of colonization, Indigenous communities and the environments in which they lived experienced a gradual process of a human-imposed mass extinction, resulting in an era of climate change.[ii]

Time to dismantle old ways of thinking and believing

Human beliefs have the power to impact the Earth like a rogue meteor. However, a worldview that is essentially Indigenous has an inherent capacity to change the course of human history and enhance our capacity for survival. Christianity must make the journey of its own sacred story – it must die to an old way of thinking and believing by setting aside the values of the empires it has helped create since the time of Constantine the Great. The dominant culture Church must let go of beliefs and traditions that continue to deny people their basic humanity through classification and discrimination. Our theology and ethics can no longer place human beings at the top of a cosmic pyramid of value that fails to recognize the interdependent nature of species and environments.

Through the renewal of theology and Christology – through the creation of a new Sacred Story – the world and cosmos in which we live and have our being must be identified as the sacred realm where God dwells. Heaven is here for us to either cultivate or to destroy, and there is no escape for the elect or for the wealthy. In the here and now, in this present time, our spiritual ancestors and any future generation to come are met in the decisive moment of the present. The commandment to love our neighbors as ourselves requires a cosmologically expansive understanding of who and what are our neighbors – are we willing to love enough to save the Earth?

The cosmos that we are blessed to inhabit is a profoundly wondrous, dynamic place of creativity, connection and inter-dependence. The ecological and social challenges of our time require both drawing on the latest scientific knowledge and drawing on human beliefs that frame human experience within a context of sacred story. In human history, there has never been a greater need for repentance and innovation, a more needful time for love and knowledge, a deeper darkness so desperate for light and mutual understanding.

People of faith were made for this time. The power to transform the world is ours and always has been, and the time has come to accept the responsibility to change a worldview that has directly contributed to the current climate crisis and ongoing species loss. Let our new Sacred Story speak of salvation in terms of reconciliation with the Earth itself and let our New Community include all that God has made.

Ordained in 2004, the Rev. Rachel Taber-Hamilton has served throughout her tenure in the Diocese of Olympia, where she is currently rector of Trinity Episcopal Church in Everett, Washington, a hub congregation supporting advocacy work for refugees and immigrants in the Episcopal Diocese of Western Washington. A committed advocate for social justice concerns and restorative justice in civic policy development, she has worked with the needs of diverse communities for more than 25 years, providing leadership and consultation in recovery processes related to community and organizational trauma.

Rachel grew up in a multi-cultural and mixed-race heritage of First Nations (Shackan, British Columbia), Pennsylvania Dutch and Scots-Irish and has a life-long passion for cross-cultural communication, preservation of traditional life ways and folk traditions, social diversity and ethnic ministries. She holds a BA in Theater Arts from SUNY Geneseo, an MA in Cultural Anthropology from the University of Alaska Fairbanks, and an MDiv from Loyola University in Chicago, along with post-graduate work at Indiana University in the area of Folklore Studies.

[i] Turtle Island is a name for Earth or for North and Central America, used by some Indigenous peoples in Canada and the United States. 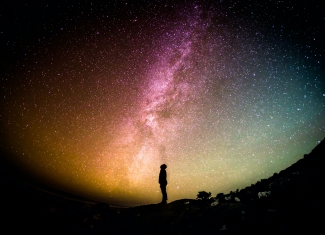