We Have What They Seek 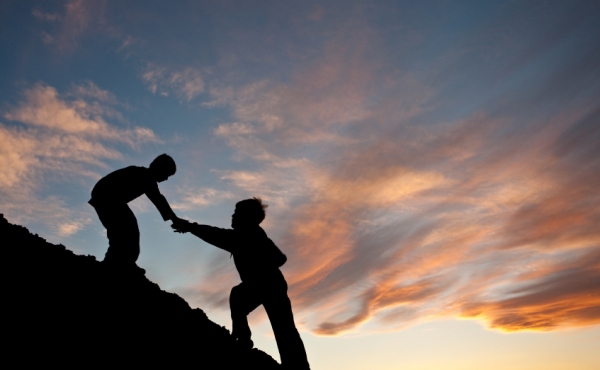 A few years back a speaker at our clergy conference was discussing the church’s experience after 9/11. He showed diagrams documenting that attendance jumped immediately after that disaster, and then drifted back down within three months.

It is too early to be sure, and much harder to measure, but there are many reports of on-line participation being much higher than historical in-person attendance when COVID first began, and now is drifting back down.

Our conference speaker concluded that people were not actually interested. I went up during a break and offered the alternative explanation that people entered church looking for something, but did not find it, so left. (He never responded or discussed that possibility.)

Was the speaker accurate when he said most people were not interested in religion?

The research people point out to prove no one is interested in religion anymore actually has data that conflicts with that conclusion. In summary, about 90% of Americans believe in a higher power of some kind. Many of them have moved so far away from involvement with a spiritual community they are unlikely to return. But a large number express interest in a conversation about spirituality if it is provided in a safe, non-judgmental manner. My personal thought is such a conversation must be non-judgmental without being foundationless. People want to know what we believe while also knowing we give them the freedom to have their beliefs.

People are hungry for what we have to say. More importantly, they are starving to see a lifestyle which lives up to what we say. But – as seldom stated but frequently thought – “We are too busy. We are focused on feeding the hungry, opposing systematic racism, etc. etc. We don’t have time to reach out and talk to new people. We love it when they come to us, but that’s their choice.”

I submit to you those thoughts are inaccurate in two ways. First, people don’t have a choice. We have taken the choice away from them by not being willing to reach out and introduce ourselves. If the person has no accurate idea of what they will find, they do not have the ability to choose. If a person thinks your church excludes people, hates people, denies science, is a mouthpiece for a political party, abuses children, and lots more, that person does not have the information needed to choose. (Watch the news for a week and see what information about ‘church’ people are given.)

Second, reaching out (yes, I am avoiding the word ‘evangelism’), is not in competition or conflict with opposing systematic racism or feeding the hungry. Over the last five years how many new people have joined with you to work on those concerns? We need more involved people and one way to get people involved is to help them know God’s love better. Once they have a glimpse of God’s love, they are much more likely to respond to God’s love. Reaching out to new people is how we work for social justice.

“People are hungry for what we have to say. More importantly, they are starving to see a lifestyle which lives up to what we say.” And we are not willing to tell and show them. (Somewhere I think there is a statement about that in the BCP.) We have the words to say, and the actions to show IF we are willing to do so.

All theory? No. TryTank has sponsored two recent experiments with a third underway to see if people are interested in connecting with a church. It is essential to understand that the clearly stated objective was not attendance but building a relationship which might lead to attendance.

The results have been great! The first experiment used the blessing of the animals as the reason to touch base. Over 400 guests attended at the 20+ churches that participated. The second focused on Advent and Christmas. Interestingly, for that one, Blue Christmas services got the most attention. Possibly because they are not well known? Final numbers are still drifting in, and bad weather plus COVID limited Christmas Eve attendance, but clearly there was increased interest. Most important for building a relationship, many of the guests left contact information agreeing to receive more communications.

The current experiment uses lessons from the first two and focuses on Lent and Easter. Contact TryTank.org or me for information about the materials.