Stepping up to serve

When we joined San Pablo, we were quickly asked to take “What is an Episcopalian” classes, along with others who were asked to serve on a newly-rebuilt Bishop’s Committee. Our priest-in-charge had arrived from Latin America the previous year, and he was working hard to continue growing this community. San Pablo’s is one of the oldest Spanish-speaking congregations in the United States with years of history. We all did the best we could in the small, dilapidated building that we had inherited.

A mission of the Diocese of Arizona, San Pablo dates back to 1930, when Archdeacon J. Rockwood Jenkins started a Spanish service to serve the largely Spanish speaking farmworker community in Phoenix’s Alhambra section. When the Mexican community moved into the central area of Phoenix, San Pablo moved its building from the Alhambra community to a new, 7th Avenue location. By 2001, the building had become dilapidated, and efforts by the congregation’s Bishop’s Committee to work with the city of Phoenix and the Diocese to restore and bring it up to code had been unsuccessful.

In the spring of 2001, the priest-in-charge at St. Paul’s Episcopal Church, Phoenix, invited Iglesia Episcopal de San Pablo to visit its location, eight miles northeast of our 7th Avenue building. St. Paul’s, an English-speaking congregation, had experienced great decline in membership and weekly Sunday attendance. The neighborhood around its property had changed from predominantly Anglo to a largely Latino community, and St. Paul’s had not adjusted its offerings to welcome the changing community. For years, the church had seen its population decline and its members aging.

After the initial meeting, St. Paul’s invited San Pablo to relocate and join them at their location. It was fortuitous, as San Pablo was currently holding its Spanish-only service in an old chapel style building that did not have air conditioning. With summers in Phoenix reaching 100 degrees by early morning, moving to a larger, air conditioned building was a wonderful opportunity. San Pablo’s priest in charge and Bishop’s Committee accepted their offer.

When St. Paul’s and San Pablo signed the agreement to share the property but remain two separate congregations, neither group realized how short-lived this arrangement would be. By June 2001, St. Paul’s had closed its doors. The congregation had run out of money as more and more of its parishioners died or moved away, and it was no longer financially viable.

Because San Pablo was a mission, St. Paul’s buildings and property reverted to the Diocese, and without consulting San Pablo, the Diocese made the decision to allow a charter school to take over St. Paul’s main building. San Pablo’s leadership had not anticipated St. Paul’s closing, and they scrambled to make their unkempt property on 7th Avenue safe for their family-centered and growing congregation. New fencing, classroom flooring and updates to the bathrooms, parish hall and kitchen were needed.

These changes affected San Pablo’s leadership. Tensions with St. Paul’s leadership when San Pablo arrived combined with others arising from the Diocese’s decision to bring a charter school into St. Paul’s property and its failure to help update San Pablo’s 7th Avenue property, led to opposing views among the congregation’s leaders. The vicar and senior warden could not see eye to eye, and the following fall, the senior warden and treasurer left San Pablo and moved to another congregation.

Change that needed to happen

My spouse was that senior warden and I was that treasurer. Leaving San Pablo was painful and spirit draining. We had a one-year old son, a five-year old, now bilingual daughter, and a monolingual, Spanish-speaking mother to consider in this move. Even after a one-on-one meeting with the bishop and a Bishop’s Committee meeting with the bishop, we knew that staying was no longer an option. We needed a new spiritual home.

The leadership change at San Pablo was, however, exactly what needed to happen. One of the Bishop’s Committee members stepped into the senior warden position, and a paid treasurer was brought in from another congregation. The great majority of the congregation, along with the other members of the Bishop’s Committee, had emigrated from Mexico as adults. I was born in the United States and my spouse emigrated from Mexico as a child. We are both first-generation college graduates, and while we could have been a part of the San Pablo congregation long-term, it was really not our place to lead.

We have visited San Pablo periodically and we are friends with the now long-time lay leadership there. A new vicar joined the congregation several years ago and San Pablo continues to thrive as a Spanish-speaking mission of the Diocese.

Embracing change and moving on in faith

Sometimes you need to move out of the way to let others lead. It was a heart-wrenching decision for our family to leave San Pablo, but in the end it needed to be so. Our formation at San Pablo proved crucial to our understanding of the Episcopal Church and its leadership style. After serving on the Bishop's Committee and representing San Pablo at three Diocesan Conventions, we were more comfortable in the wider church.

The formation we received at San Pablo was life-changing for us, because it has allowed us to be active in the church for many years. We continue to embrace change as leaders in our church community. New rectors and new congregations help us to learn more about ourselves and the people we serve.

San Pablo continues to flourish in membership and programming. They enjoy a very successful couples' prayer group ministry. Our family has thrived in The Episcopal Church as well, thanks to what we learned and lived in San Pablo. Between the four members of our family, we have served on Standing Committees, Diocesan Councils, Standing Commissions and Task Forces, as a General Convention Official Youth Presence, General Convention Deputy and on Episcopal Youth Event Planning Teams. It has been an honor and a privilege to represent the Latinx community in these leadership opportunities, and we are grateful for the time at San Pablo that started us in this journey of faith.

Luisa Bonillas, PhD has been an Episcopalian for 23 years. She has worked for a mission, parish, cathedral, and diocese in the past. She currently does contract work for Latino/Hispanic Ministries and lives in Arizona with her spouse. 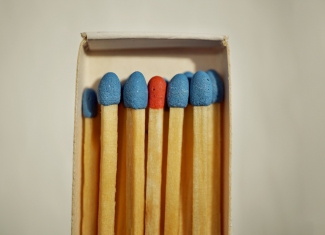