Multisites Growing...Just Not in the Episcopal Church 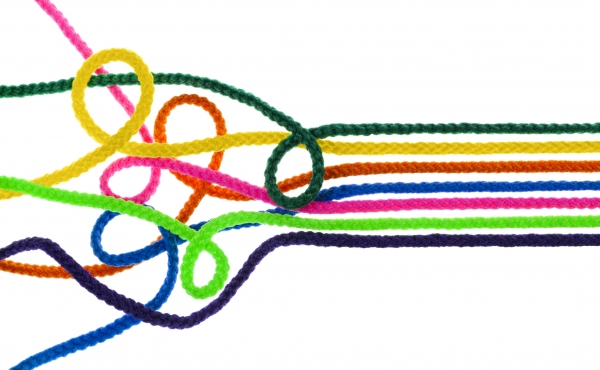 A few years ago, I wondered aloud about whether, or when, The Episcopal Church would catch up to a growing phenomenon in Christian churches – multisite church planting and multisite church development. It was something I was reading about, especially because I was at the time serving one Episcopal congregation as rector while making plans to take on a second call with our neighbor church. That call developed and, as I’ve also written about, St. George’s, Valley Lee and Ascension, Lexington Park – two courageous congregations in the Diocese of Washington – have moved from conversations with one another to ‘yoking’ (an informal term for sharing everything, just not becoming one church) to merging.

I wondered a few years’ ago whether The Episcopal Church could borrow some multisite thinking. “We tend to see ourselves as one church,” I wrote, “at least theologically and spiritually as set in the landscape of other denominations. …Can this category apply to Episcopal congregations and communities in our church? And, if so, how? If not, why not?”

I’ve been keeping up with some thought leaders in the multisite movement, even after Ascension and St. George’s have moved to embrace our full institutional merger, that is, becoming one parish with two churches. Leadership Network has been tracking developments in multisite for nearly two decades now, and they’ve partnered with church consulting firm, Generis, to help give some critical apparatus to it all. The stuff they’re finding in various denominations confirms a steady set of conclusions. First, going multisite is better than going it alone, they report: 76% of multisites plan to keep going that way; 82% are growing numerically; and staff and boards of multisite churches are happy with that model. Second, most multisite churches have some level of centralized administrative structure, with some degree of autonomy for the local pastor. Third, through a more intentional corporate business structure – the fruit of the process of moving from one thing to a more defined thing – they are all the more able to name, confront, and deal with their weakness and challenges. The challenges aren’t small matters: challenges to centralizing support; raising up and discerning calls; helping local churches (“campuses”) grow in attendance; maintaining unity across campuses; communication; and burnout … to name but a few!

Notably, not only are multisites growing, they are increasingly growing on account of church mergers. “Prior surveys reported that approximately one-third of multisite campuses came as a result of mergers,” the wrote in their recent report, Multisite Movement continues to Grow. The number is up to 40%, from 37% five years ago. Based on responses, “44% see mergers as a viable path for the future of their multisite strategy. An additional 9% view it as a ‘central part of our strategy moving forward.’ And 7% indicated ‘we are exploring mergers but not sure how to start.’ Together, just over 60% see mergers as a part of their future.”

The hallmarks of the multisite movement seem to offer real promise for those who want to move in that larger direction. Sharing the burdens of the ‘back office’, setting up collaboration among clergy and lay leaders as the norm (not the exception), building leadership teams on the ground with mentoring and support, as opposed to sending out that bright-eyed, newly ordained clergyperson to grow the church, bring in all those young families, and yet not change a single thing the old guard is passionate about – these all sound like a healthier model of church.

Setting aside the fact that the vast majority of multisite churches are growing, which may very well be a correlation between those churches which are already growing and, as a result, going multisite, one of the simplest reasons I believe The Episcopal Church needs to seriously consider looking at, borrowing from and, if necessary, adapting things from multisite churches is that they’ve taken a good, hard look at whatever business model is driving their church – a pointed cost / benefit analysis. Have you seen the Manual of Business Methods in The Episcopal Church? It's admittedly very helpful, but nevertheless incredibly dense, hard stuff covering everything from bookkeeping to insurance to audits to records management. All the while the average Episcopal congregation has about 50 people every Sunday. I cannot imagine how much longer that level of expectation can be sustained on a diocesan, let alone wider church level, given the diminishing capacity of most of our local congregations to do much more than gather for worship and get through the next year.

There is a better way, and it’s already being pioneered by people right outside our doors – those in the multisite church movement. Frankly, I don’t know how much longer our church can continue to take a pass on multisite church development, but Ascension and St. George’s aren’t, nor, I hope, are other clergy and lay leaders on the ground. It’s a whole lot better on the other side!