Can Episcopalians do multisite church? 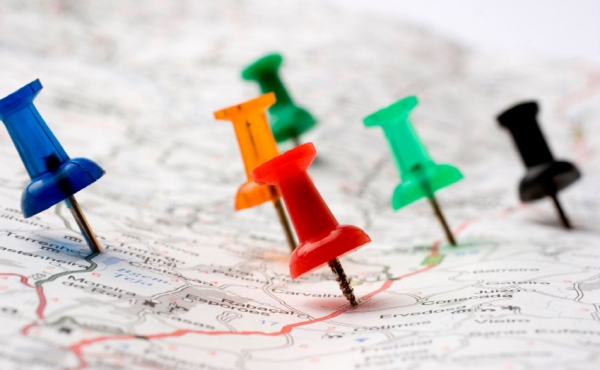 “The first significant wave of multisite churches started coming onto the North American church scene roughly two decades ago,” writes Warren Bird, director of research for the Leadership Network, capturing the history of this recent movement. “In the 1980s there were well under 100 and in the 1990s at most 200. During the 2000s growth increased at a rapid pace with the greatest number of multisites being birthed within the last ten years.” (Leadership Network / Generis Multisite Church Scorecard, 2014, p.5; download here.)

A multisite church is defined as one church that meets in multiple locations. This recent category in North American Christianity is the result of megachurches who, for various reasons, struggled with the question about whether to build an even bigger building or plant additional satellite campuses. The shift from mega-turning-mega is, I suspect, also a smart response to the larger demographic and cultural turn away from ‘big box’ anything and toward more boutique and locally-owned, locally-sourced products, Christianity included.

A lot of which sounds like The Episcopal Church – we are in many ways ‘locally owned’ independent corporate entities, although the clarifying phrase “held in trust for the diocese and Episcopal Church” is critical here; also, we tend to see ourselves as ‘one church,’ at least theologically and spiritually as set in the landscape of other denominations. But we’re no megachurch, not even on the diocesan and wider church level, and we’re not struggling with the problems of rapid and sustained numerical growth. So can this category apply to Episcopal congregations and communities in our church? And, if so, how? If not, why not?

It is true that the multisite movement hasn’t divorced itself from mega-church North American Protestantism. Warren Bird’s research confirms that “the larger the church, the more likely [it is] to become multisite” (p.6) and “churches typically go multisite in the 1,000 size range.” (p.8). Noting that there are, as always, exceptions to any rule, Bird points to “several survey respondents” that “have original campuses of 100 to 400 people, and in many cases have spawned multisite locations that have outgrown the original site.” That sounds a bit more like the case of the Episcopal Church, and none other than Thom Rainer draws it closer to our perspective when he offers “six key issues that jumped to the forefront when I read the report,” at least two of which speak more directly to our context as Episcopalian Christians: (2) More struggling churches see merging with a multisite church as their best option for health or even survival; and (5) An increased number of smaller churches are becoming multisite.

Multisite churches, given the predominant research, are the product of growing megachurches that, once birthed, continue to grow and thrive. 85% of multisite churches are growing, and at the rate of 14% per year, Bird notes. 88% of multisite churches reported that doing so increased the degree of lay ministry and participation. And multisite churches grow faster than solo church plants, on the whole. Recently, Bird co-authored a book on church mergers with Jim Tomberlin, founder and CEO of Multisite Solutions, which pointed out that more than 1 in 3 (37%) of congregations became multisite through church mergers, and that is increasingly a way into this new territory for many North American churches.

Even the Rev’d Susan Brown Snook, Episcopal priest, church-planter and author of the recent God Gave the Growth: Church Planting in the Episcopal Church, notes that “one strategy with real promise for success, which has not yet been tried extensively in the Episcopal Church, is the Multi-Site model.” (p.65) But she underscores that this model might feel dangerously similar to the ‘Mother-Daughter’ planting model, in which an existing church (the mother) plants a new congregation (daughter), thus running the risk that the planting church will fear “they will lose attendance and pledges.” “The Multi-Site model offers great growth opportunity for an established church that is filling its current worship space,” she writes, then adding: “or that sees a way to reach new people in a distinct area nearby.” (p.67) Doing multi-site or ‘Second Campus’ development on the ground, pointing mostly to experiments ongoing in the Episcopal Diocese of Texas, Brown Snook raises what I think is the central question, and indeed healthy kick-in-the-pants represented by multisite adventures: “[A]re we able to let go of our idea that a church is equal to a physical location, and re-envision a church as a congregation of people in common mission? …[C]an we envision regional ministries in the twenty-first century Episcopal Church?” (p.68)

I suspect or, perhaps more to the point, I wonder if a deeper exploration of the consequences and implications of ‘multisite’ thinking might be what certain communities in the Episcopal Church need to wrestle with. I wonder this because this is something my own community of St. George’s, Valley Lee will be looking at in our immediate future, for we will soon take tangible steps toward a more intentional ‘yoking’ model with our neighbor Episcopal congregation in nearby Lexington Park, MD. But ‘yoking’ is, to me at least, too soft and non-descript of a word; it doesn’t point very much to efficiency, let alone to engaging more fruitful mission. ‘Yoking’ doesn’t point us beyond the limitations of our current capacity; instead, it only helps us deal with them more rationally.

But what if our limitations exist to declare that God would actually prefer it go another way? What if the Episcopal Church, the vast majority of which is comprised of small, struggling congregations, was more than the story of decline and frustration? What if the Episcopal Church was a story of one missionary body, literally one institutional church, manifesting itself in life-giving ministry and exercising profound impact on every local community in which it finds itself? You see, in spite of the overwhelming literature which frames the multisite movement in the context of the mega-church experience, highlighting time and again the ‘growth-leads-to-growth’ theory, many cannot help but point to a few, noteworthy experiments in which multisite is the catalyst for re-envisioning and resurrection previously dying churches. The work of Pastor Mark Jobe of Chicago’s New Life Community Church is focused on creating a network of relational, dynamic, growing, thriving churches; just check out this video.

I can only wonder what’s holding our church back from doing this same thing, but I won’t wonder about it as an academic exercise too much longer, at least.