Act of Protest, Act of Faith

In South Africa, Apartheid was created first and foremost as a theological system, and it used Bible and theology to justify both segregation as well as the oppression of people based on a rigid hierarchy of ‘races.’ And not only was it a theological system, it also emerged from and was firmly embedded in the Reformed Theological tradition.

At the same time we find that the resistance to Apartheid and the resistance to racism in South Africa, but also around the world, drew from Reformed theology. One of the pioneers of this was the theologian Allan Boesak, who wrote Black and Reformed, in which he theologically exposed the evil that is racism.

Out of the struggle against racism in South Africa also rose the Belhar Confession. The Belhar confession was drafted in 1982 by what was then the Dutch Reformed Mission Church, and it was formally adopted by the whole church in 1986. The Belhar confession, likened to the other great confessions of the Church, was a document that calls the churches to confess the sin of racism and confess to the unity of the church. The document raises three important issues for how the churches should deal with the question of racism, these are the question of unity of all people in the church and in the world, reconciliation and justice. The Belhar confession was a significant moment in Reformed Church history in calling people towards racial justice.

Simultaneous to the Belhar Confession’s adoption as a document that spoke out against racism, the World Alliance of Reformed Churches (WARC) took significant steps to address the question of apartheid and racism on a global level, pushed by its member churches in South Africa.

At their General Assembly in Ottawa in Canada in 1982, Allan Boesak was invited to give the Bible Studies for that entire week as well as to prepare a study paper on the question of racism. As part of this study paper was a proposal from the Alliance of Black Reformed Churches of Southern Africa to ask the WARC to take a theological and political stand against Apartheid. The study guide also pointed out that very little had been done by the WARC in its stand against apartheid and that it should take a stand in favor of the Black people and Black churches in South Africa.

At the meeting in Ottawa were also representatives from the Dutch Reformed Church (DRC) and the Netherdutch Reformed Church of Africa – Nederduitsch Hermvormde Kerk van Afrika (NHK) – churches which supported apartheid. At the opening worship, as a sign of protest Allan Boesak and nine other delegates refused to take part in the Lord’s Supper, stating that there were no possibilities to participate in a joint communion back in South Africa and so they refused to participate in one in Ottawa. Interestingly this was not only seen as an act of protest, but also as an act of faith. For after all, the Lord’s Supper is a communal meal and there can be no communion unless there is racial justice.

This action by Boesak and others created a profound moment within the Alliance and it led to the WARC adopting a statement against racism. The statement included the words,

The Gospel of Jesus Christ demands a community of believers which transcends all barriers of race – a communion in which the love for Christ and for one another has overcome the division of race and color. The gospel confronts racism, which is in its very essence a form of idolatry.

This statement led the WARC to declare that apartheid and racism is a sin and a heresy! And that there could be no place for it within the church. Moreover the WARC declared this a status confessionis, a matter in which the very question of faith is at stake, and that racism in the church and in society puts the very credibility of the gospel at peril. This incredibly radical theological position led to the suspension of the DRC and the NHK from the World Alliance of Reformed Churches until they had renounced the sin of apartheid and stopped legitimizing it theologically.

In the year 2010, the WARC united with the Reformed Ecumenical Communion (REC) to form the World Communion of Reformed Churches (WCRC). In part this seemed to be the logical and organic thing to do, since many members of the WARC were also members of the REC. However, the two member churches who were suspended from the WARC were members of the REC. At a meeting in Johannesburg in 2008, in the build up to the formal unity of both the organizations, many members from churches in South Africa spoke up about their pain at the union, which would mean admitting the two churches who had not yet taken a faith stand against Apartheid. The resolution was then passed that any members who were suspended from one of the two bodies uniting would continue to be suspended from the World Communion of Reformed Churches.

Later the two churches were initiated into a process of reconciliation that is still ongoing. The Reformed tradition bears the weight of birthing the idea of Apartheid and giving it biblical and theological justification. But this also shows us that it was able to draw from this same Reformed tradition to be able to take radical and prophetic action against it.

Which side are we on?

Philip Vinod Peacock is from the Church of North India and presently serves as the Executive Secretary of Justice and Witness of the World Communion of Reformed Churches. 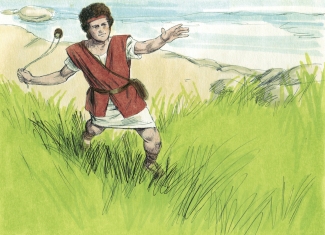