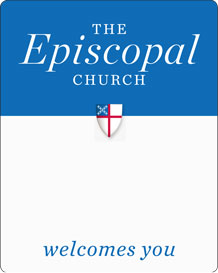 A few weeks ago I had a conversation with a friend who is a priest. We started talking about his Church, his ideas, concerns, and experiences. You can find the Spanish interview here.  I asked him a question that made me think a lot. I asked what was something that had surprised him about the Episcopal Church when he became a priest. He said that what surprised him was that there was a big difference between the Episcopal Church in Mexico and the Episcopal Church in the United States. Specifically, the Church in the US has adopted traditions that are not "episcopal" such as having images of virgins (namely la Guadalupana) and saints, first communions, and other traditions that are Roman Catholic. He is fourth generation Episcopalian and has been the son of a priest/bishop throughout his life (his wife is also fourth generation Episcopalian) and that, to me, was a big surprise. Although I know that the Episcopal Church has existed for many years, I do not know why he had not thought of this. My own experience has also shown me that the predominantly Latino/Hispanic/Spanish speaking Episcopal Church in the US is seen as a Roman Catholic church and many people do not seem to know there is any difference besides that the priests can marry and that women can be priests.

I thought this because many Roman Catholic priests "become" Episcopalian - my honest opinion was that it was because they wanted to marry or are already "married" or have children or were "caught" in romantic relationships and they had to leave the Roman Catholic Church (which does not allow its priests to marry, have children, or be in romantic relationships) and did not want to "become" Episcopalian. I grew up in the Evangelical Church so for me, seeing statues of virgins or saints has always been something that bothers me. So I enjoyed talking with my friend and I felt that someone finally had the same opinion as me about the Episcopal identity – we are not Roman Catholic.

I decided I was going to start asking people I knew (and you can watch all the interviews here)  - what is Episcopal identity? Or, what does it mean to be Episcopalian? When I went to General Convention in Salt Lake City, Utah from June 24 to July 3, 2015, I began to ask everyone that question. Including me. To hear the answers of the people I know - laity, priests, bishops, women, men, young and old, I realized that the majority said the same thing - and what is in my heart - Episcopal identity is: the Church welcomes you - where you are; as Christ. I heard daily - Episcopal identity is inclusive, loving, welcoming, accepts everyone. I was reminded again and again why I'm Episcopalian.

In the Evangelical Church you have to be baptized in that denomination to take communion. In the Roman Catholic Church you have to do your first communion and have a confession before taking communion (at least in my case, when I went to a funeral or wedding). And the Episcopal Church says - come to the table, everyone is invited - if you have been baptized, perfect, if not, we will not ask you for any evidence or make you feel bad for wanting to take part in this important communion of the body and blood of Christ; we can even baptize you if you want - right now. They have not asked me if I'm married, if I am in sin, if I believe everything the Bible says, if I'm angry or sick – they just tell me: Come, take, fill yourself, God loves you. That is why I am Episcopal. It no longer mattered if there were statues or images of saints and virgins, whether Roman Catholic priests want to be married and remain with their traditions, if people understand that we have an identity of bishops, or if they know that we have a new and our first African-American presiding bishop. It does not matter if we have an altar call every Sunday, or if we anoint with oil, or if we have a worship band or choir or guitar and organ. None of that is very important. All that matters is that we want to be part of a Body - united, broken, and loved.