Eco-Justice Lives in the Heart

Climate crisis has been called the “long emergency,” threatening all of life both now and in generations to come. For the Episcopal Church, meeting this threat starts in the heart, with the lens of justice. Matthew 6:21 (NIV) says, “For where your treasure is, there your heart will be also.” There is no we/they in this big work; rather, as invoked powerfully by Martin Luther King Jr., we understand that:

This essay uses the accounts of two communities, one near the Salton Sea in southern California, and a second community, the Kavalina Village in Alaska, to explore our call as Episcopalians to eco-justice and ways that our Episcopal branch of the Jesus movement can help care for creation.

Called in our baptismal covenant to eco-justice

Because the threat to the world from climate change and environmental degradation is planetary, there are many approaches to both understanding and addressing the problem(s). The approach the Episcopal Church has chosen to meet climate and environmental degradation is one that concentrates our energies on justice – justice is the homeland of the Church.

The call of the prophets is heard anew within the life of the Church week after week as the people of God gather to be transformed by word and sacrament. Who can tell how many Episcopalians have been transformed towards the work of justice by the use of our Baptismal Covenant, introduced as part of the 1979 Book of Common Prayer. In addition to affirming our belief in the Trinity, we also make and renew promises to, among other things, “…strive for justice and peace among all people, and respect the dignity of every human being.” In the Diocese of California we often add, “…respect the dignity of the Earth and every human being.” The Baptismal Covenant shapes the Episcopal Church to approach climate change and environmental degradation through justice. The Baptismal Covenant is shaping the contents of our hearts.

When we name justice as the focus of the Episcopal Church’s approach to environmental issues, and when we invoke the Baptismal Covenant as forming our justice emphasis, we are saying that the environmental crisis is a spiritual crisis. Turning back climate change begins with the nurture of a healthy heart, spiritually speaking. Acting at the level of the Spirit has been a hallmark of the Presiding Bishop’s delegation to the United Nations climate summits, beginning with Paris in 2015. “Popup worship,” prayer cards, online worship, chants and hymns, banners and painted umbrellas – as well as our General Convention resolutions on the environment – have characterized the unique contributions of Episcopal delegations to the United Nations.

Eco-justice means helping the most vulnerable

Human choices are also driving the climate crisis, albeit in a less direct way. The burning of fossil fuels – to power vehicles, to produce electricity and to generate the dynamism that makes industry work – creates a family of gases that are collectively called Green House Gases (GHGs). As the name indicates, GHGs make the whole atmosphere work like the ultimate greenhouse, trapping radiant energy from the sun and heating it up, but also “weirding” the atmosphere – leading to extreme climate events that include both the “coldest” and “warmest” winters we’ve ever known and both flooding and extreme drought. Because climate change works through immense, complex atmospheric and oceanic processes, rather than the simpler route of dumping toxins on the land or in bodies of water, it is harder to trace the routes of responsibility for climate disasters.

The story of the Salton Sea community that follows illustrates the effects of environmental degradation, and the Kivalina community story illustrates the difficulty faced by populations on the leading edge of climate change effects. Both communities live with what is often called eco-injustice, a term used to describe places where climate change or environmental degradation is being experienced by vulnerable people. Eco-injustice sites and areas of climate emergencies are often located near poor and minority communities, or other areas lacking the necessary resources to cope with negative environmental impacts.

Environmental degradation of the Salton Sea

The Salton Sea is the largest lake in California, located near the border with Mexico and the city of San Diego, and a poignant example of how environmental degradation can devastate local, vulnerable people. Formed by the conjunction of an extreme flooding event in the early twentieth century with regional agricultural practices that inadvertently contained the flood waters, the Salton Sea has no outlets to the ocean. Over the course of the twentieth century, the waters flowing into the Salton Sea became increasingly polluted with runoff pesticides and fertilizers. Then megadrought gripped the West, and the waters of the Salton Sea began to evaporate. Now, wind lifts dust from the newly exposed playas, irritating the skin of people living near the sea and causing respiratory illnesses.

Who lives near the Salton Sea? For decades, sparkling stretches of water enticed the wealthy, who moored their yachts in the Salton Sea’s marinas. As the toxicity in the water began to cause massive die-offs of fish and birds – 150,000 eared grebes died in April 1992 and 7.6 million fish were killed in August 1999 – the attraction of the Salton Sea waned, and the wealthy tourists decamped. The people who remain are those who have little choice – Indigenous peoples on designated reservation land, Latino/Latina agricultural workers, and prisoners. The Salton Sea tragically demonstrates what environmental degradation looks like, and how it affects Black, brown and Indigenous communities.

Far to the north of the Salton Sea, on the western coast of Alaska, is the Indigenous island community of Kivalina, where human-induced climate change is already bearing down on vulnerable people’s lives. With a population of 442, Kivalina Village is comprised largely of Episcopalian, Inupiat people. They were relocated there over a century ago, and now must find a new home off the island. Rising sea levels mean that the shores of the island are increasingly battered by waves, eroding the land. As the sea levels rise, water is inundating Kivalina Village, literally washing it away.

Who is responsible for making Kivalina uninhabitable? Climate change is behind the rising sea levels; the scientific community is virtually unanimous in this conclusion, and in related assessments, that climate change is human-caused. Kivalina has gone to court to try to hold major oil and gas companies responsible and to secure funds to help the community relocate.

Still, despite consensus that humans are to blame for Kivalina’s demise, the indirect chain of causation we find in climate change has made Kivalina’s legal efforts unsuccessful. To date, no one is willing to accept responsibility for helping this vulnerable tribal community relocate. How urgent is this emergency? By 2003, about half the livable space on the island had been lost, and some estimates predict that by 2025 the island will be completely uninhabitable. Kivalina is a real, living example of how climate change unequally bears down on Black, brown and Indigenous people.

How shall we respect the dignity of every human being and all of life?

These narratives of communities striving to address the impacts of the climate crisis and environmental degradation are foundational for the Episcopal Church. How then shall we live sustainably, with each other and all of life? With intentionality – seeking the blessing of the divine in prayer; experiences of God’s beautiful, created world; being true students of what is driving devasting impacts of life on earth today; and by making life-sustaining choices.

Presiding Bishop Curry has given the Episcopal Church a Care of Creation Pledge wherein we learn each other’s stories, stand with the most vulnerable and live more gently on the earth. Episcopalians are answering this call with our own way of being Christian – with resolutions embracing both science and faith and with the inspiration that prayer and our common worship can bring.

The reality of the Salton Sea and Kivalina can be a lens for how all on planet Earth need the hearts, minds and spirits of faithful Episcopalians to do the work of environmental justice. Other impacts are readily understood – the effects of the climate crisis on wildfires, floods and droughts that result in food insecurity and mass migrations and more. This is a moment to embrace the “long emergency,” renewing the earth and caring for creation in ways aligned with our faith and tradition. We can learn, we can work together, we can change our own habits, and we can be advocates for policies and resources to support the most vulnerable among us.

As you live your Baptismal Covenant, taking up care of the earth as a true embrace of justice, consider the following opportunities:

As people of faith, and as Episcopalians, we can answer the call to prayer and to action, for the sake of God’s beautiful creation and the most vulnerable among us. We trust that this life – a more sustainable life – will be rich in wholeness and blessing.

The Rt. Rev. Marc Andrus, PhD, is the eighth bishop of the Episcopal Diocese of California, elected in 2006 following ministry as the Bishop Suffragan in the Episcopal Diocese of Alabama. Raised among the hills and lakes of East Tennessee, Bishop Marc developed an early love for the beauty of the earth and a call to protect it. His activism, grounded in contemplative prayer, has focused on the rights of vulnerable peoples, environmental justice and climate change. Bishop Marc has had the privilege of leading the Presiding Bishop’s delegations to the UN Climate Conferences (2015-2021). With the Rev. Matthew Fox, PhD, he co-authored the award-winning book, Stations of the Cosmic Crisis (Unity Press, 2016), and he is the author of Brothers in the Beloved Community: The Friendship of Thich Nhat Hanh and Martin Luther King Jr. (Parallax Press, 2021). He lives in San Francisco with his wife, Sheila. 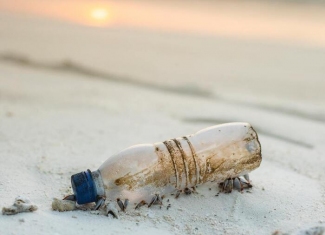