Volunteers: The Value of Why 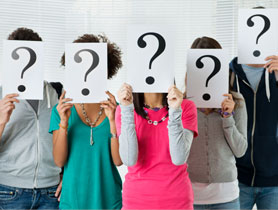 “What does Justin Timberlake have to do with the landscape of volunteerism?

“It’s like you’re my mirror—my mirror staring back at me.”

I recently read an entertaining article written by nonprofit hub, "The Love Song Between Nonprofit Volunteering and the Economy." In it, the author uses the lyrics of Justin Timberlake’s recent hit “Mirror” to reflect on the current decline in volunteerism across nonprofits.

The volunteer rate declined by 1.1 percentage points to 25.4 percent for the year ending in September 2013, the U.S. Bureau of Labor Statistics reported.

Some will be fast to say, “it’s purely the economy’s fault.” And they’re not wrong. But we need to realize that the economy is a reflection of our nonprofit. If the economy is down, fundraising and volunteering will likely be down. (The Love Song Between Nonprofit Volunteering and the Economy)

Despite the evidence, the wishful narrative that volunteering might somehow be the silver lining of a bad economy remains strong because of the mistaken notion that the most important thing separating volunteers from non-volunteers is free time.

This is interesting when compared to a New York Times article from 11.30.13, which spoke of meaning making and job fulfillment. It stated, “when individuals adopt what we call a meaning mind-set — that is, they seek connections, give to others, and orient themselves to a larger purpose — clear benefits can result, including improved psychological well-being, more creativity, and enhanced work performance. Workers who find their jobs meaningful are more engaged and less likely to leave their current positions.”

This has very serious implications for recruiting volunteers for fundraising.

It would seem that passion for mission---for the “Why”---drives people to volunteer more than an increased opportunity to do so. And people are more likely to volunteer again if they are able to see impact and meaning from their work.

For more stories and ideas on Planning and Recruitment of Volunteers for Fundraising, please register here for this June 4th webinar.