Millennials: Our Next Greatest Wave of Givers? 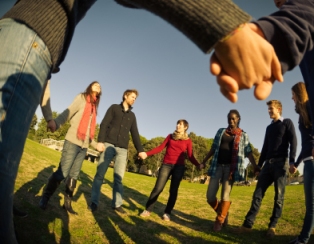 Last night my best friend and I finished reading “The Fault in our Stars.” This instant classic was recently made into a box office hit as younger people, millennials, enjoyed its rich vocabulary, tender but teenage angst filled romance, and its existential wanderings about human suffering.

By far, one of richest lines comes part way through the book when the protagonist is in a conversation with her father and is told:

“Our universe is improbably biased toward consciousness, that it rewards intelligence in part is because the universe enjoys its elegance being observed.”

As a financial resource consultant for the Episcopal Church Foundation, I am often asked about millennials. Here is what we know, generally, from Pew Research to date:

Early research also indicates that their giving characteristics mirror that of the greatest generation. Namely, they’ve grown up aware of their citizenship in the world, are not distrustful of institutions or authority (as compared to Baby Boomers and Generation X), and are willing to give at young ages. For example, millennials were considered the turning point in the last presidential campaign.

What is striking to me about “ The Fault in our Stars” and other recent young adult books (many are dystopian in nature—The Hunger Games, Divergent, etc.) is the earnest search for meaning paired with a generational inclination to be our next greatest wave of givers.

Many a time I’ve heard that young folks are just not interested in Church or God. What I wonder is how this generation is being formed while they search for meaning….and how will this impact their future giving practices?