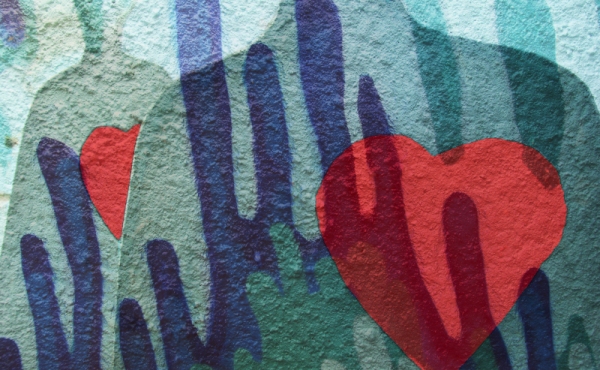 Years ago, in a pastoral liturgy class at General Seminary, I learned what is still one of my favorite words. Anamnesis is the name for the part of the Eucharistic prayer where we tell the story of how we came to be saved through Jesus’ death and resurrection. An- is the Greek prefix for “not” and amnesis is a close cousin of the English word “amnesia.” Anamnesis is the “not-forgetting.” It is the not forgetting the price that was paid, the not wiping away the uncomfortable parts of the story, the not protecting future generations from how bloody the whole thing really was.

I spent several weeks in Germany this summer. It was mostly just a really fun family trip, full of adventures and good laughs and beautiful views and a certain amount of beer drunk before noon (totally socially acceptable in Munich, I swear). There was the time when my daughter was convinced there was a snack car on the train and it turned out to be a toilet. There were the creepily large day-glow paper mache bunnies wearing shorts and holding soccer balls that adorned our low budget rental apartment. So many family inside jokes to last us until we get to travel together again.


But Germany, even for tourists, is not all beer gardens and alpine glory. There are reminders everywhere of the weight of history, particularly the history surrounding World War II. Germans have undertaken a profound project of anamnesis. Memorials small and large pop up everywhere -- preserved concentration camps, graphic depictions of atrocities against the civilian populations of the former Soviet Union. In the heart of Berlin, just a couple blocks from the Brandenburg Gate and the Tiergarten (Berlin’s Central Park), there is an entire city block that memorializes the murdered Jews of Europe. Smaller memorials nearby remember murdered Roma and Sinti people and murdered gay men.

I wasn’t surprised to see memorials. I was surprised to see so many in so many places. I was also intrigued to learn how hard a generation of German activists fought for their project of anamnesis. There were plenty of Germans who would have preferred to plow under the reminders and use prime real estate for other more cheerful purposes.

I was deeply moved by the not-forgetting that is now woven into the public spaces of Germany. I found myself longing for a similar commitment here in the US, where the history is different, but arguably no less bloody. Could we tell our stories with less fear of what the truth might bring? Could we commit ourselves to anamnesis? Might that not-forgetting, that brutal honesty about the heavy prices paid and the unrecoverable losses, become a solid ground for healing and building a less bloody future?

Christians are a people whose core story is a violent one. We have chosen not to forget it, but rather to memorialize it in our buildings and our liturgy, even the jewelry we wear around our necks. How might we witness to that spirit of anamnesis at this fraught moment in our own country?