Time to be a Gracious Loser 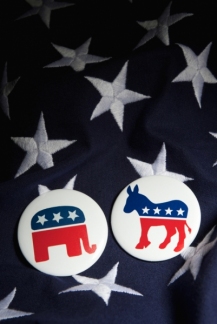 I planned to be a gracious winner the week after the election.

I wasn’t going to rub it in the faces of folks who had been Donald Trump supporters. My social media presence would be demure, and while I expected to dance a little jig inside, my public persona would call for unity and broad arms to encircle the disenfranchised.

I didn’t expect to be the one needing the arms.

As a former journalist and an active member of a progressive Christian denomination, I was buffered on social media and in most real-life social circumstances, surrounded by people who generally believed in the same principles and supported the same candidates. Of my 1,000 or so friends on Facebook, only a handful regularly praised Trump.

I didn’t know that the discontent ran so deep, that so many felt profoundly betrayed by our current political establishment.

This radical election will be parsed and prodded and studied for years. What drove voters to the polls? Disenfranchisement? Fear? Immigration? The economy? Racism? Terrorism? Sexism? (And of course, even these words belie my prejudice. Many people, I’m sure, voted for Trump not out of worry but from certainty that he was the better choice).

In my work for Forward Movement, we invited people to engage in A Season of Prayer, thirty days of prayer leading up to the election and a final prayer of unity for today. Tens of thousands downloaded the resource, using the prayers both as individuals and as part of the larger worshiping community. In fact, an NPR story on the day of the election explored how churches were encouraging prayer as a path to healing and gave a shout out to this resource.

I wrote an election day meditation for one of our publications, Forward Day by Day. In the meditation, I encouraged readers: “Regardless of the outcome of [the] vote, we who are citizens of the United States must join the newly elected president in building a firm foundation. This begins with each of us laying aside personal disappointments if our candidate doesn’t win. It means refraining from mean-spirited social media posts about folks or candidates on the other side of our own feelings, and it requires that the winner resist the urge to gloat and to adopt a humble spirit. If those of us who live and work in the United States intend to build a land that God would be pleased with, we must build it together, on common ground.”

And I really meant it – when I wrote it a year ago before the mudslinging of the election season began in earnest and when I read it again yesterday. I really believe we must work to build common ground, through conversation and connection and through prayer of all sorts, from all traditions.

But here is my confession: I thought I would be doing this re-unification work from the perspective as winner. It was a lot easier to promise to be humble when I privately thought my side would win.

Today is a new world, where I have the opportunity to try and live out what I have professed with my mouth and pen. I am called to be in community with people who have different political beliefs and experiences. Maybe now that the election is decided, the temperature will drop, and these conversations can happen in ways that are helpful and enlightening, that build and not tear down.