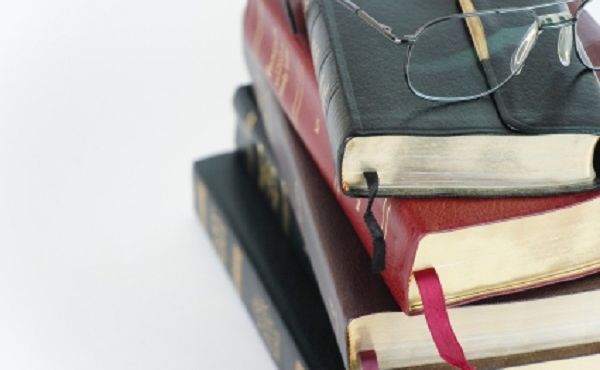 When I was in my late 30s, I believed I had two vocations: I was a priest, and also a wife and mother. Both of these identities engaged my heart, soul, body and mind. Each fed and nourished the other. Both gave me my greatest cause for thanksgiving and my greatest fulfillment and sense of purpose. Both also prompted my most earnest prayers for guidance and forgiveness. They sometimes, even often, came into conflict, particularly in matters of calendar and clock. I keenly felt that each vocation had been blessed by God, and I believed that by engaging in them I was being faithful in my response to God’s call.

In those years, some 25 year ago now, I self-identified as a “bi-vocational priest.” One vocation came with a cash salary, the other did not.

Now I am in my early 60s, and I read and hear more and more from churches, seminaries and writers about “bi-vocational clergy”. Most often, the term is used as a way to say to young aspirants to ordained ministry, “Because churches are becoming less likely to afford fulltime clergy, you can’t expect the church to offer you a fulltime salary. So you need to be thinking about what else you will be doing to earn a living after you are ordained.”

This trend toward more clergy being paid part time salaries raises all kinds of questions and concerns about the effect that part time clergy will have on the life and ministry of clergy and congregations.* It also wreaks havoc with our understanding of the word, “vocation”. Or maybe it simply invites us to remember what it means.

It’s confusing. If I were to cut back to half-time in my church salary and work for a non-profit half time, while still be married, would I then be tri-vocational? Or, if marriage is one vocation and parenting another, would I be quadra-vocational? Is a vocation something you get paid to do? How many vocations can one person have? Is “a scholar priest” a single vocation or is it two? If a job is simply something we do to keep food on the table, because the church can only afford to pay us a half-time salary, is that job a vocation? If so, does it make a difference in how we engage in that work? Are we going to distinguish vocations for clergy and vocations for laity? Many lay ministers are quick to point out that clergy and monastics aren’t the only Christians with vocations.

I see two possibilities. One is to say that most, if not all of us, have multiple vocations; each vocation identified as a calling given to us by God. We could say that we are poly-vocational. But a job to make financial ends meet isn’t a vocation unless and until we perceive it as a calling.

Another possibility is to say that all Christians have one vocation, given at baptism. Our vocation is to renounce evil and embrace the Way of Christ. And we are called to seek and serve Christ in others, whether at home or in an office, on a street corner or a classroom, in a restaurant or in church. We are called to respect the dignity of every human being, whether getting paid to do so or not. That is our Christian vocation.

Where and how we practice that vocation will vary, and we can be called to practice it in different ways and places in different seasons of our lives. Some of us will live out that vocation more simply than others. But whether simple or complex, living out that vocation will bring challenges and rewards, will bring days when God seems near at hand and days when God seems far away. Whether practiced in one setting or in 5 settings, how we live out our vocation in one place will enrich and challenge how we live out our vocation in another.

Whether we are lay or ordained, wherever and however we live out our vocation/s, we will benefit from the attention of the church -- in prayers and celebrations, in commissions, vows and promises. Because vocation/s is so challenging, sometimes the only thing that keeps us persevering is that vow, that public commitment, made before God and God’s people.

If we as a church are going to warn or instruct future clergy that they will likely need a second paying job to supplement whatever income they receive from serving a church, then we need to say that. If we need an adjective, instead of “bi-vocational” I wonder if we could simply say “part time”, or employ the time-honored term, “tentmaker”? Small church Baptist and Pentecostal clergy have been tentmakers for generations.