To Name or Not to Name? 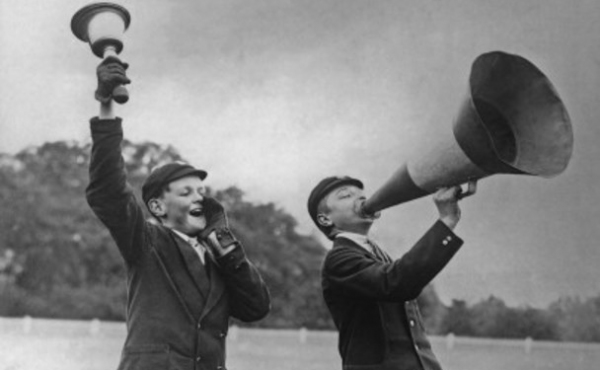 Saying thank you for a gift is good manners. So when donations or annual pledges are made to the church, most churches mind their manners and send thank you notes as well as official receipts acknowledging commitments.

Thank you notes are private communications. The issue of whether to publicly thank donors, by name, depends on the culture of each faith community.

As a congregational consultant, I’ve visited parishes in which nearly every space or thing installed has a name plate acknowledging the giver who made the pew/pulpit/font/organ/window/sacristy/choir room/chapel possible.

For many, it’s lovely to see these saints so honored. It is a reminder to current saints that others who came before appreciated a holy place so much so that they gave generously to enhance its beauty and sustain its ministries.

But name plates have drawbacks too. For one thing, systems for preserving donors’ history can be unruly as decades go by. Particularly in capital campaigns, “naming opportunities” may detract from the importance of everyone supporting all of the projects already prioritized by the congregation.

For instance, a new set of trumpet pipes for the organ may be thrilling, but replacing old HVAC may be far more important for worship. “Naming” things might lead people to place conditions on their gifts (“I want those trumpets!”), rather than support what has been defined as important for the common good.

Should “common good givers” be publicly thanked? Certainly the amount of each household’s gift should NOT be revealed, but why not acknowledge each person/family who contributed financially to a capital or annual giving campaign?

This absolutely turns stomachs in some congregations where people are concerned that those whose names do not appear on a donor list will feel shame. So the only public thanks is “to all who gave.” For those congregations, that is enough and is generally pleasing.

Other faith communities believe that each person/household who gives deserves an expression of gratitude on behalf of the entire congregation. Since no distinction is made according to the size of gifts, all people share the esteem of their church family. For those congregations, that is enough and is generally pleasing.