Why I Love Paul 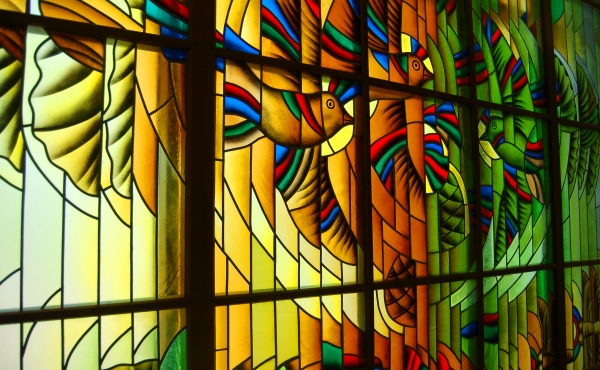 I sometimes surprise people by loving Paul. People expect me – as a woman, a feminist, a lifelong fan and (I hope!) practitioner of liberation theology – to squirm at least a bit at the mention of Paul’s name. So I figured that as we as the Episcopal Church embark on reading Paul’s longest contribution to the Biblical canon, I might just share all the reasons I love Paul, just in case your enthusiasm for reading the letter to the Romans needs a little boost.

I’ll start by clarifying that I subscribe to the widely held academic view that the seven letters properly attributed to Paul himself are 1 Thessalonians, Galatians, 1 Corinthians, Philippians, Philemon, most of 2 Corinthians and Romans. If Paul was the credible author of some of the later epistles written in his name, we’d need to have a further conversation.

I love Paul because he is real. Through his letters, I can conjure Paul as a real Christian leader, not some dreamy ideal. He’s faithful. He’s annoying. He’s limited in his understanding. He’s brilliant. He’s stuck up. He knows it and agonizes over it. He’s a gossip. He worries constantly about his legacy. He loves the churches he has founded with all his heart.

I love Paul because he pays attention. He is careful with language. His writing shows signs of crafting and re-crafting in the hope of being precisely understood. Paul knows his knows his audience(s). He has observed and participated in their cultures, their public and private lives, the religious perspectives they bring with them. He speaks directly to the strengths, weaknesses, anxieties and temptations of each community within his experience.

I love Paul because he is woke. He understands privilege and power. Paul is deeply aware of his own privilege and of the relative privilege and disempowerment of the people around him. He is careful and considered in how he uses privilege. He provides the best Biblical critique of power. He fears for the church’s relationship to worldly power and recognizes its potential for treachery. Paul’s theology of the cross is not just a theory of salvation; he nails the church to the cross and doesn’t let us get caught up in our fantasies of victory.

I love Paul because he is all about community. He loves and commits himself to church in all of its human messiness. He may rage at the church for its failings, but there’s no doubt that he believes its work and witness is vitally important. Paul is committed to developing leadership beyond his own. He raises up new leaders (including women!) and expects them to know things he doesn’t. Paul is an organizer par excellence.

I love Paul because he gets some stuff wrong. Who the hell doesn’t? I don’t need Paul to have progressive 21st century understandings of gender and sexuality in order to believe that were he alive now, he would be grappling with those questions in complex, faithful, forward-looking ways. As I near the half-century mark in my own life, I can see how tremendously my own perspectives have shifted as new experiences and other prophetic voices have crossed my path and called me to see and hear new things.

Finally, I love Paul because his pre-Christendom world speaks directly to our post-Christendom one. Every time I read Paul, I find good news that is directly relevant to the urban, multicultural world with chaotic and competing religious voices where I live my real life and my real ministry.