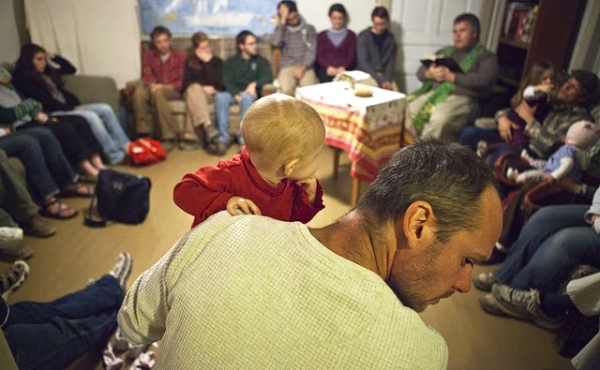 Culture has completely shifted. I’d go so far as to say there’s a good chance that Average Sunday Attendance (ASA) for most of the last century was artificially inflated (and not just because the ushers double-counted).

Because culture went to church, but now culture has shifted.

It’s a reflection of culture.

We’ve all seen the headlines, “Church Attendance is Declining at an Unprecedented Rate!” What are we going to do about it? Our faith is dying! Our Christian tradition is dying! Our church is dying!

To me, that’s just an over reaction, based on a singular focus on a faulty metric.

Let’s look at a couple of examples.

But what if your surrounding community population actually decreased? If the population is decreasing (as it is in small towns around the country), then “stagnation” could be a key sign of a healthy parish.

Or you’re in a parish of 200. Over 2018, your ASA increases by 10 people, or 5 percent. That’s growth! But what if your surrounding community population is growing by 10 percent or more each year? Then that growth could actually be a sign of a church not keeping up with its community.

(Want to check on your parish ASA patterns, as well as your surrounding community? The Episcopal Church offers some great, free tools at “Study your Congregation and Community.”)

Or maybe you’re in a parish of 300, but over 2018 your ASA decreased by 20 people. But in that same time-frame, maybe you had an increase in folks participating in Christian formation, or missions, or any other number of areas vital to your parish.

There are other markers of church vitality we need to focus on, in addition to (and in some cases more important than) ASA.

In my diocese, we’re working on ways to help our congregations get a sense of their overall vitality. ASA is one marker, along with pledging. Those numbers are easy to track. But what about the other factors? What about the number of lives transformed? What about the impact in the larger community?

Culture has shifted, and we have to come to terms with that. People likely won’t just show up because it’s the cultural thing to do.

And we need to start looking at different ways to evaluate our parishes.

What are some new or different ways we can measure parish vitality?