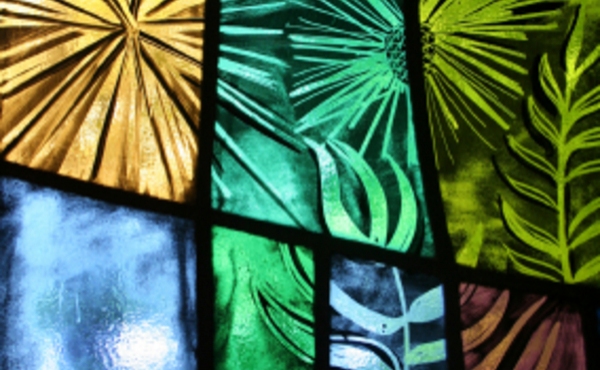 But an Annual Meeting and, more to the point, the diminishing return on investment (time spent on the meeting versus the ways in which it ‘moves the needle’) points to a growing disconnect between a beautiful heritage and critical need. Our church’s representative democracy is a lovely thing, and a heritage I prefer to keep. At the same time, however, we need to admit that we’ve created a cumbersome and top-heavy institution. Simply to carry out the local parochial version of The Episcopal Church, year after year after year, requires a great deal of volunteer hours and oversight and coordination and management and communal good will. It’s been stated elsewhere, and this is no joke, that we’ve finally perfected the perfect version of an excellent 18th century institution. Only problem is it’s the 21st century.

I’m not advocating for getting rid of the representative democracy at the heart of our Episcopal Church. It’s a gift, and a treasure. I am advocating for reducing it, or making it more manageable.

Take, for instance, St. George’s in Valley Lee, Maryland and Church of the Ascension in Lexington Park, Maryland – the two congregations I have the pleasure of serving as rector. Both of these congregations, like so many others, experienced high-water marks of membership and giving and participation in the later years of the Baby Boom. Originally connected to other Episcopal congregations through rector-sharing (St. George’s) and as the mission chapel of an established parish church (Ascension), both were set free to become their own church with their own clergy and their own resources and their own common life in the late 1960s; St. George’s in 1965, Ascension in ’68. The story of these two congregations is not so unique to other mainline Protestant Christian congregations, and this story is replicated all across The Episcopal Church, at least in the United States. There are several take-aways.

First, it’s a good thing that our heritage is so flexible as to allow individual congregations the freedom to adapt their business model(s) based on their current understanding of the world around them. Changing the business model of the church based on observations and awareness of the world around us has always been a part of our heritage (think: William White’s The Case of the Episcopal Chuches in the United States Considered). Thanks be to God.

Second, it should be highlighted that Ascension, St. George’s (and so many other Episcopal congregations) waited for the demographic height of the Baby Boom to crest before they made changes, possibly the worst time to alter the shape and course of an institution, given that whatever is coming has already by that time started to emerge, albeit ever so faintly. That said, adapting late is certainly the safest time to make a change. We’re not early adapters in our tradition; we play it safe. I don’t offer this as criticism about the merits of the changes; they did what they did, and we’re setting out to do what we’re doing, and most of it is based on their hope and our hope that we’re lining up with God’s preferred future. I do offer this as a check against impulsive judgement, either for or against.

Third, from the late-60s to the present, we’re really only talking about one generation of leadership, for the most part. Both Ascension and St. George’s have only had one rectorship based solely on the one-parish/one-priest model. That rector’s predecessor helped create the one-parish/one-priest model, and that rector’s successor (me) is helping un-do it. I’ve found that taking the longer view, the wider view, not only help calm anxieties around change but also helps see where God is moving. In our case, we’re actually going ‘back to the future.’

The Episcopal Church is comprised of lots of small and, increasingly, smaller parishes, the parish being, itself, the core institutional entity of the church. But as I’ve taken a wider view, I’ve realized that the parish as an ecclesiological unit is not the same as the parish, seen from the perspective of a modern institutional creation. ‘One generation in…’ to the present shape of The Episcopal Church are we able to take a closer look at the costs and burdens of the top-heavy, cumbersome institution we’ve created, largely based on mid-20th century practices of home life, volunteerism, and civic engagement? Without doing away with the gift of our representative democracy, and without throwing off the genuine theological conviction that the church is the People of God, all the orders of ministry, can we find some zeal around revising the business model?

I write from the perspective of a leader of two congregations, technically two separate and independent parishes, who are determined this year to merge. Let me be clear: we’re setting out to merge our parishes (business model, institution) so as to fully enable two communities / churches to thrive in their local context. One parish, two communities. I will continue to write more about this process, as the feedback we’ve received from others has been very helpful and, frankly, we’re not finding a lot of information about the best way to do this – merge the institution of the parish (so as to reduce the institutional burdens) in order to enable the true nature of the parish to thrive (multiple churches / campuses / communities which enable ministry and help people connect to God and each other).

‘One generation in…’ and our Canons, themselves, are also frozen in time. The irony is that our Canons, at least in the Episcopal Diocese of Washington (DC), are perfect representations of the mid-20th century church. That is, our Canons tell us how you go about separating parishes, one from another, and how growing churches grow and replicate the same internal business model, place to place. ‘One generation in…’ and our practices and self-prescribed next steps are themselves frozen in time, reflecting the values and practices of a generation prior and unaware, on paper, that the world has substantially changed.

We at Ascension, Lexington Park and St. George’s, Valley Lee welcome your feedback, support, suggestions and, most of all, your prayers!