Is Geography Destiny for a Capital Campaign? 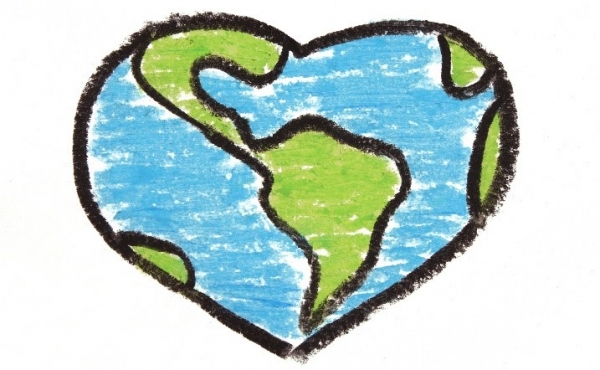 Napoleon is rumored to have reflected on the concept that “geography is destiny” before invading Russia in 1812…and the concept has become ingrained in geopolitical thought ever since.

And it can affect far more than simply politics. Camp Wingmann, a small Episcopal summer camp located in a picturesque setting in the Diocese of Central Florida, faced the daunting task of raising capital funds from across a Diocese spanning 15 counties and comprising nearly 1/3 of Florida’s 65,000 square miles. This Diocese includes small rural areas, such as Camp Wingmann’s Avon Park, as well as densely populated urban areas such as those surrounding Orlando (Disney/Universal) or the Space Coast (Cape Canaveral and Melbourne).

“We spoke to other capital campaign consultants,” comments Father Tom Seitz, Chairman of the Wingmann Board. “None expressed confidence in managing such a far-flung effort. That was when we turned to ECF and were so gratified that they took us on as a client.”

Anna Bourne, Chairman of the Campaign, relays how ECF provided more than a solid blueprint. “We were a little overwhelmed with so many issues. We had a less than perfect data base from which to reach out to potential donors. We are located in the lower quadrant of our Diocese within an area with small rural roads, some still dirt. It takes folks over 2 hours to reach us, so we had no central location from which to launch.”

Camp Wingmann had a team of Board members who mobilized for outreach under ECF’s guidance. Beyond simply campers’ families, the Discernment process involved every parish in the Diocese with surveys distributed via the congregations. The Feasibility Study process identified and engaged prospective donors from every part of the Diocese, awakening their interest in plans for the Camp, even though most had never physically been there.

As the Solicitation phase began, the Camp organized a kick-off event in all five Deaneries. While those events were not heavily attended, they created a focus around which participating rectors could promote the camp and its campaign. The Spiritual Emphasis chairs on the campaign committee created a prayer that touched the hearts of many when the follow-up campaign appeals were mailed.

Father Tom adds, “The promotional materials we developed with ECF’s guidance - brochures and video - were very helpful in reaching our far-flung constituents and potential donors via our website and deanery meetings. I think the presentation we did at a clergy conference, one of two annual dates when all the clergy are assembled, got the brochures into every congregation. The clergy also viewed the five-minute video at that conference, which motivated them still further to spread the word.”

Securing the enthusiastic support of the Bishop made a large impact as well. He had some initial concerns whether the Wingmann campaign could succeed. The results of the Discernment and Feasibility phases assured him that the capital project was viable, as did the Camp Board’s course corrections based on feedback generated during those phases. The plan was sound and the leadership clearly willing to do what was necessary to ensure not just the success of the campaign, but also the long-term stability of the camp operation itself.

Was geography destiny? What could have been a deterrent was overcome by a creative, determined and dedicated Campaign Steering Committee and Board who took the process developed by ECF for discernment, feasibility and solicitation and applied it with imagination, faith and prayer. The campaign exceeded its goal and Camp Wingmann is now poised to plant its seeds of faith for future generations.
The Camp Wingman Planting Seeds of Faith campaign website can be visited here. Learn more about capital campaigns with ECF here.

Lord Jesus Christ, you say to your followers, “Let the little children come to me and do not stop them; for it is to such as these that the kingdom of heaven belongs.” Guide and bless this Capital Campaign for Camp Wingmann so that more of your children can appreciate the gentle breezes off the lake, the beauty of the Celtic Cross at sunrise, and the peacefulness of the live oaks that give glory to God our Creator. As we give, turn our eyes and our hearts to you, Lord Jesus, and fill us with your Spirit. Make us generous, whether we have little or much, so that we might bless others with fun and whole lives, in the name of the Father, and of the Son and of the Holy Spirit. Amen.