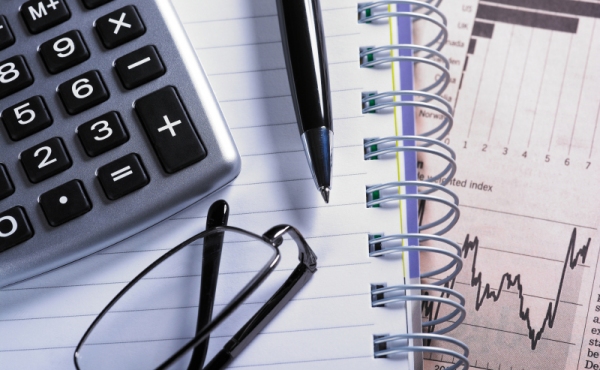 A history day offers an opportunity to engage a group of leaders and perhaps even the entire congregation in recognizing and reflecting on how the faith community understands and uses money. This is an especially useful exercise early in a new pastor’s tenure or in conjunction with a capital campaign or other finance initiative, but can be enlightening anytime.

Depending on the number of participants involved and the number of years a congregation has been in existence, such an exercise requires anywhere from two hours to the better part of a day. The exercise can be constructed around a meal. The ground rules call for no history books to be used – the important information to be gathered is what the congregation remembers as its story.

With a facilitator to keep things moving, the group works together to construct a timeline of the church’s life, starting with the most recent pastorate and moving backward in time until no one present has specific events to recall. The most appropriate role for the rector or clergy leader is most likely as observer and encourager.

The framework of the history gathering is outlined in detail in Roy Oswald’s Making Your Church More Inviting: A Step-by-Step Guide for In-Church Training, “Session Five: The History That Is Our Journey,” pp. 35-37. [Excerpt below.] To assure that the congregation’s money history is included, it will be important for the facilitator of the day to be intentional about drawing out what was going on with the church’s finances during each pastorate.

Once the timeline described in the Oswald exercise is completed, the group may be called on to develop “meaning statements” as outlined in the remainder of the Oswald lesson. Another alternative is to invite the group to view the timeline as a story that is continuing to unfold. To make the story more accessible / compelling, participants collaborate to give a name to each of the chapters, including the “next chapter” that they themselves are about to write.

The work of doing such an exercise can pay off in a number of areas of the faith community’s life: vision casting, strategic thinking, stewardship formation, and building community relationships, as well as new member attraction and incorporation.

This exercise is adapted from a chapter titled “The History That Is Our Journey” from the book Making Your Church More Inviting by Roy Oswald. Here are the instructions that Oswald offers:

The purpose of this historical reflection and discussion is to help participants become aware of the spiritual journey of the congregation and the special strengths and liabilities that come with the parish culture. The history of a congregation carries enormous weight, like a person’s genetic code. The momentum of a congregation’s history is so powerful that it will continue into the future on a given path unless a majority of members makes a conscious, intentional decision for it to be otherwise. Most of the time congregational members are unaware of that path they’re on, only that “this is the way things are always done around here.”

But there is another reason for this activity. No congregation can escape having some negative history that keeps repeating itself. At The Alban Institute we call it “coming to terms with your history.” A congregation that does not own up to its negative side will be forever be condemned to repeat that side of its life.

In short the advantage of a congregation periodically discussing its history is to place onto the table (consciousness) what was formerly under the table (unconscious), giving the group an opportunity to make a conscious decision about some of the revealed insights. Here and now we’re going to look at the church’s patterns of numerical growth and some of the things that have spurred that growth. This activity will give you a better idea of the strengths of the congregation that can be incorporated into your appeal to nonchurch members. It can also put you in touch with some of the destructive patterns of the parish that continue to turn away potential members.

For this activity you will need a wall on which you can post up to twenty feet of newsprint. On the far right of that newsprint write the word present. At the far left print the words congregation’s beginning. Since most congregations recall their history by pastorate, print each successive pastor’s name (and date – year-of pastoral transition) from left to right along the top of the newsprint. Along the bottom of the newsprint, place occasional historical events to remind people of the era, i.e., end of World War II, the year Kennedy was shot, the end of the Vietnam War.

Gather your group around the newsprint and ask a different participant to act as scribe for each pastorate. Beginning in the present and working backward, ask participants to recollect the most important events that took place in each pastorate. You’ll want to complete this historical time line in forty-five minutes, so budget your time well. Continue to press for contributions to the time line, as everyone will be tempted to stop and discuss incidents. Once you have all the significant historical events of one pastorate, move on to the next. As you move further and further back in tour history, you may reach the point where no one present remembers a pastorate. At that point, simply put down stories or incidents related by others.

Events recorded might include: building programs, starting (or discontinuing) a study series or outreach ministry, new staff members, “trouble with” staff members, instituting new curriculum, deaths, disasters, and so forth.

What you have before you now is a gold mine of information. You have a record of the most important historical events of your parish as perceived by the people in the room. Depending on how you feel about sharing your perceptions with others in the congregation, you might post the string of newsprint is a prominent place within the church. Place a sign above the newsprint inviting people to add to or disagree with the historical reflection. You might also involve the congregation at a deeper level by setting aside an evening of historical reflection, repeating this exercise with a broader constituency. Connect it with a pot luck dinner and make a fun evening of it. In my experience this has always proved to be an enjoyable activity, as people relish getting in touch with their past. Inevitably people, including some of the old timers, will say, “I didn’t know that about us.” The newcomers will be fascinated with the spiritual journey of the congregation they have joined.

[The Oswald chapter continues with sections on Meaning Statements and Prioritizing. – ed.]