Not to Judge the World, but to Save It 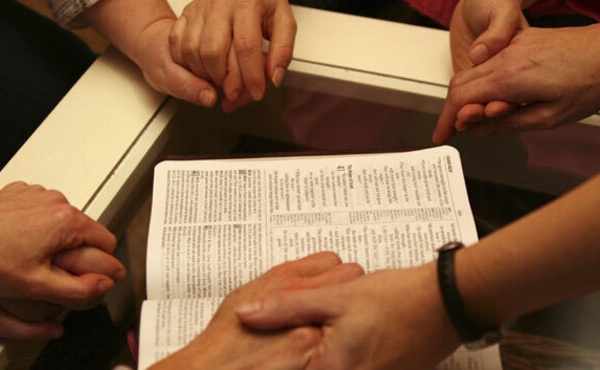 More than ten years ago, when many of us were first learning about the ‘nones’ – those Americans and, among them, increasing numbers of young adult Americans who reported they had no religious tradition whatsoever – the Barna Group revealed that an astonishing percentage of young adults say Christians are judgmental. Drilling down in the perceptions of Americans age 16-29, Barna reported: “…Among young non-Christians, nine out of the top 12 perceptions were negative. Common negative perceptions include that present-day Christianity is judgmental (87%), hypocritical (85%), old-fashioned (78%), and too involved in politics (75%) – representing large proportions of young outsiders who attach these negative labels to Christians. The most common favorable perceptions were that Christianity teaches the same basic ideas as other religions (82%), has good values and principles (76%), is friendly (71%), and is a faith they respect (55%).”[1]

[1] “A New Generation Expresses its Skepticism and Frustration with Christianity,” The Barna Group. September 21, 2007. https://www.barna.com/research/a-new-generation-expresses-its-skepticism-and-frustration-with-christianity/

The rise of the ‘nones’ has only continued, and at a quickening pace. In 2015, Pew reported that “religious ‘nones’ … now make up roughly 23% of the U.S. adult population. This is a stark increase from 2007, the last time a similar Pew Research study was conducted, when 16% of Americans were ‘nones.’ (During this same time period, Christians have fallen from 78% to 71%.)”[1] That same Pew study reported that increasing numbers of young adult Americans are telling pollsters that religion is “not important,” or “nothing to me.” Perhaps the edge has worn off the judgmental label, which might sound at first like good news, but perhaps people aren’t listening any longer – equally bad news.

We are reminded in today’s passage from the Gospel of John for The Good Book Club (John 12:44-50) that Jesus says very clearly: “I do not judge anyone who hears my words and does not keep them, for I came not to judge the world, but to save the world.” (v.47) In fact, he said something very similar earlier in the gospel. Talking with Nicodemus late at night (John 3), Jesus followed up his now very famous saying (John 3:16) with these words: “Indeed, God did not send the Son into the world to condemn the world, but in order that the world might be saved through him.” (3:17) Hear these words again and again: “I came not to judge…” “God did not send the Son to condemn the world…” God’s message, moreover, is a message of salvation, of grace – that the light shines in the world and we are invited to move toward that light.

How, then, did a movement of salvation, grace, and light become perceived as judgmental, hypocritical? How did Jesus’ movement away from condemnation and judgement become seen to be precisely that – filled with judgmental, condemning witnesses?

Let’s admit, for starters, that this is a real challenge, and that we really need to grapple with this perception. Let’s also admit that the longer we simply struggle with this perception, without also doing something about our impact on this world and culture, we will only give rise to those increasing numbers of people who say they’re done with organized religion, let alone the Jesus movement.

Jesus is on to something. Sure, that’s generally always the case, but at this point in the Gospel of John Jesus is really on to something. You see, the close of chapter 12 and the beginning of chapter 13 is a significant hinge-point. This is the end of what New Testament scholars call John’s first part – The Book of Signs – and the beginning of Part 2: The Book of Glory. To date, readers have witnessed seven signs in this gospel, beginning with turning water into wine at a wedding in Cana of Galilee (ch. 2). And at that wedding, Jesus said something cryptic to his mother – “my time has not yet come.” (Jn. 2:4) But now, turning into chapter 13, John writes: “Jesus knew that his hour come to depart from this world and go to the Father.” (Jn. 13:1) This ‘hour,’ however, will come with danger, risk, suffering, betrayal, death and, on the face of it, complete destruction.

Through it all Jesus is going to talk about glory – God’s glory. In fact, readers will get a full dose of ‘glory’ immediately following the story of the washing of his disciples feet, which is coming next. In John 13:31-35, Jesus uses the words “glory” or “glorified” five times in two short verses (vv.31-32). But we quickly learn it’s not what we tend to associate with the word glory – not at all. Jesus is not talking about winning, or celebrating, or conquering bad things on our terms. No, ‘glory’ for Jesus is about sacrifice, risk, suffering, turning our lives over to God so God can turn this upside-down world right-side up again.

Perhaps those increasing numbers of ‘nones’ aren’t listening any longer, or perhaps many of them still think Christians are just a bunch of old-fashioned hypocrites. Or maybe they’d pay attention when that local church has some new ‘buzz’ going, and perhaps they’d join in the Jesus Movement, too. What if?