What Assumptions Do We Have About the Vestry? 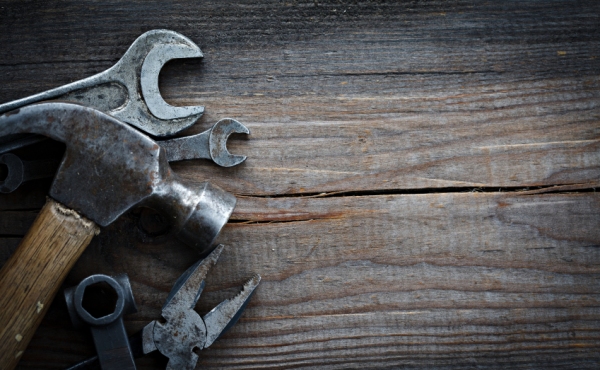 The Episcopal News Service recently reported that the “2018 parochial reports show a 17.5 percent decline in baptized members and a 24.9 percent decline in average Sunday attendance across the church between 2008 and 2018….If the rate of decline experienced over that decade continues, The Episcopal Church will have no Sunday attendance in 30 years and no baptized members in 47 years.”

“It depicts a church that appears to be dying,” said Kristine Stache, interim president of Wartburg Seminary.[1]

Here’s a very simple question: Why can’t a good group of great people grow their church and get awesome stuff done? The Episcopal Church has many excellent clergy and lay leaders. Plus, we have deep resources. Why is our church dying?

Last year, I wrote a post titled, “Top Ten Ways to Thrive as a Vestry Leader.”[1] In it, I offered an appreciation of how Board oversight intersects with the careful work of tending a spiritual body – indeed, a living part of the Body of Christ. Balance and keeping perspective is important. So is making sure that the main thing (our relationship with God in Christ) remains the main thing. The balance entailed in Vestry service can call forward our very best selves.

The Vestry itself, just like its individual members, is in critical need of balance. We cannot put all the responsibility for growing thriving congregations on the backs of gifted lay and clergy leaders. Nor can we place the blame for numerically declining communities on those same individual lay and clergy leaders. There is something broken in our shared, unspoken, unexamined attitudes and feelings around The Vestry. Something, perhaps something very fundamental, is not right down in the engine room of The Episcopal Church.

What do I mean? Let me give you an example. Have you ever been on a Nominating Committee, charged with finding new members for Vestry service? How’d that go? Likely, one of two things happened: first, once people found out you were on the Nominating Committee you didn’t have a lot of friends at coffee hour; and, second, if you were successful in finding people to run for election they either had a specific axe to grind or they were the types of people who would be great on Vestry – balanced, thoughtful, reflective leaders – but their first response was to ask you to find someone else, and come back to them only “if you really need me.”

There is an ever-widening gap in our church, today, between gifted clergy and lay leaders with great hopes and dreams and the lack of outcomes which show evidence of thriving, growing communities of faith. Truly, why can’t a good group of great people grow their church and get awesome stuff done?

I’ll go out there and say, in short, that at least one of our problems lies in our unspoken, unexamined but nevertheless shared core concepts around The Vestry. Frankly, too many people in too many congregations feel responsible to do nothing more than replicate an outdated oversight and management model year after year after year. That’s “The Vestry” in a nutshell in too many of our 6,000-plus congregations and faith communities. Sometimes it’s an intentional motivation; sometimes un-intentional and with harmless intent. Either way, however, The Vestry is in serious need of balance and perspective, and it’s far from the kind of body which would help the Body of Christ keep the main thing the main thing. Put that way, the problem is much deeper than any of us realize, and it’s deep in the engine room of The Episcopal Church.

In the next post, I’ll offer some specific steps to make The Vestry the kind of leadership organization the Body of Christ needs to move more powerfully into the mission field that is the 21[1] century. In a word, it’s about greater alignment between our structures and mission.