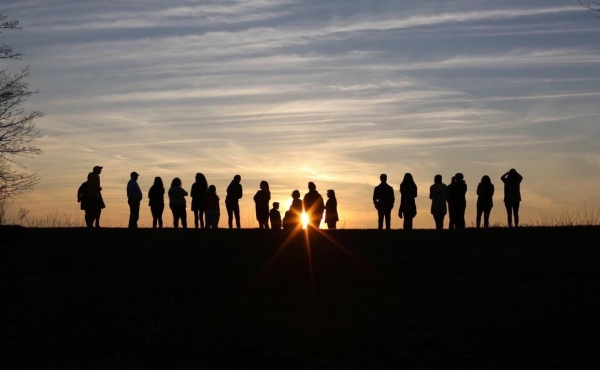 Community college campus ministry is likely the Church’s biggest blind spot, greatest overlooked missional opportunity, and even worse, a prime example of inadvertent systemic racism and classism. Which means it’s time we started asking ourselves, “Who are we missing?”

It is difficult to quantify this persistent observation, mostly because of the dearth of research on campus ministry in general, let alone at community colleges. There appears to be only one faith-based study that compares the numbers of campus ministers at 4-year and 2-year institutions A National Study on Catholic Campus Ministry 2017, commissioned by the U.S. Conference of Catholic Bishops (UCCB) Secretariat of Catholic Education.

Who Are We Missing?
The Pew Research study, A Rising Share of Undergraduates are From Poor Families, Especially at Less Selective Colleges, clearly demonstrates how our de facto decision to prioritize campus ministry at 4-year institutions over community colleges systematically excludes racial and economic minorities. In other words, how we have unintentionally (or at least not consciously intentionally) extended systemic racism and classism into campus ministry.

We are reaching significantly fewer minorities (especially Latinx). Hispanic students make up 24% of the total community college student population vs. 17% at 4-year public institutions and 12% at 4-year private, nonprofit institutions. The exclusion of black college students is smaller but still significant, with 15% attending community colleges and 13% at 4-year institutions. Combine this with the Catholic Bishop’s study’s finding that 86% of campus ministers are white, non-Hispanic, and you begin to appreciate the significance of our oversight.

We are reaching significantly fewer poor students. The percentage of poor students we exclude by ignoring community colleges show an even more stark divide. Fully half (50%) of students at community colleges are at or near the government poverty level, compared to 39% at 4-year public institutions and 27% at 4-year private nonprofit institutions. And judging by the high number of white, non-Hispanic campus ministers and by the amount of financial resources necessary to achieve their level of educational attainment (almost two-thirds have post graduate degrees, according to the USCB study), most college ministers are at a significant higher socioeconomic status than those to whom they are trying to reach. Yet another disconnect.

Finally, we are missing opportunities to grow our congregations. While filling our own pews should never be the primary reason for any kind of evangelism, the practical effect of overlooking community college ministry is fewer students becoming part of our worshipping communities. According to the IPEDS Fall Enrollment Survey, out-of-state students account for a quarter of the student population at 4-year institutions, more than a third at the top 100 institutions, and more than half at many state universities, while at community colleges, by definition, all students are from the local community. These numbers would significantly increase if you included students from outside the area. It’s easy to understand why judicatories might prioritize 4-year institutions. Larger student bodies, with more students living on campus, and more places to hold meetings do make it easier to do campus ministry there. However, because so many of them are from outside the area, relatively few students will have the opportunity or the incentive to form a long-term relationship with a local congregation. In other words, the vast majority of students we engage, we will be preparing them for a future relationship with someone else’s church. Not that there’s anything inherently wrong with that. Planting seeds for the future growth of the larger church is a worthy endeavor. We just need to be realistic in our expectations.

What should we do?

First, we need to recognize how our campus ministry priorities have made us unwitting accomplices in systemic racism.

Second, we need to get a better understanding of the differences in the demography of the student bodies at 4-year institutions and community colleges, the varying issues students are facing and the potential impact of campus ministry at each. Which means we need to do a lot more research.

Third, we need to be more strategic. Rather than simply going for the “low hanging fruit” presented by larger and more prestigious 4-year institutions, we need to discern a clearer vision for campus ministry and a clearer understanding of why we are doing it and what we hope to achieve.

Finally, we need to experiment with new ways of doing campus ministry, particularly at community colleges, which are relatively “virgin” territory. And we need to be willing to learn not just from our success but from our failures, which is not something the Church is very good at.

Doing these things will require a large investment of our resources. Not just financial resources, but discernment, attention, time, and effort.

But if it's what God is calling us to do, it will be worth it.