The Importance of a Mission-Focused Vestry 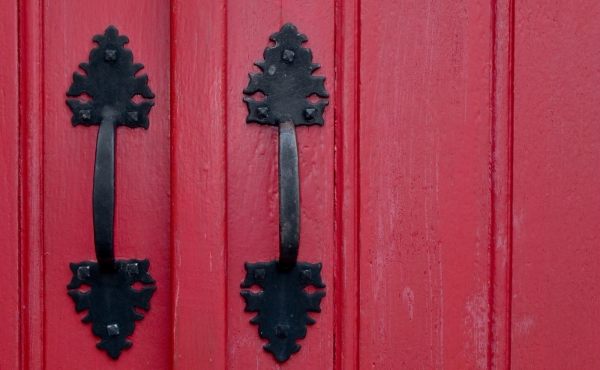 Neither is new wine put into old wineskins; otherwise, the skins burst, and the wine is spilled, and the skins are destroyed; but new wine is put into fresh wineskins, and so both are preserved.” Matthew 9:17

As the Canons for Growth and Support in the Episcopal Diocese of Pennsylvania, we are called to assist churches in transitioning from the traditional model of church (membership-driven with a financial base in which endowment, capital improvement, and parish administration are primary components) into envisioning and articulating a new way of “being church”. Whether a church was founded as a result of suburban ‘white-flight’ from the city or remained tied to its historical urban roots, these churches have a common denominator, namely that they have lost their connection to the community. The reasons for this disengagement are many and a topic for another discussion, but changes in both the neighborhood and church membership have resulted in the disconnection.

Traditional ministry arises from an era of assumed church membership which supported an insular focus. Aging, as well as changing patterns of attendance, have reduced both the human and financial resources needed to support such an inwardly focused congregational life. Smaller, older congregations can no longer meet the challenges required by a membership-based model of operation. Moreover, the inward focus of the traditional model often comes at the cost of engagement with the community.

In our current religious climate of decreasing church attendance[1] many churches are at a loss as to how to even maintain their current ministries, much less how to create growth and vitality. Our approach in working with these churches is in keeping with the current philosophy of the Episcopal Church, namely that they must re-orient themselves around an outwardly focused mission and identity [2]. This can only be done through reconnecting with the community. Such a change cannot rely solely on the clergy but must instead be driven by a vestry which has been educated and empowered. The vestry that leads with such a missional focus follows Jesus’ template which sees the Gospel manifested in their community. Thus, the church is transformed from being an isolated, insular institution and instead becomes an integral part of the larger community. This partnership offers the greatest possibilities for growth and vitality.

Under the traditional model, vestries meet monthly according to their by-laws to fulfill their canonical duties[3], often meeting simply to meet. Energy is devoted to maintaining the vestiges of church as it used to be. Without a missional focus, they are trying to lead in a spiritual void that focuses on operations rather than the call to be the hands and feet of Jesus Christ. No matter how well-intentioned or committed, a vestry that governs for the sake of governance can stymie growth. Even when sufficient membership no longer exists to support the operation of the church this is not sustainable, let alone faithful, to our Gospel mandate.

When church leadership ignores the needs of its community, the people turn to other more attentive churches, or choose not to attend church at all. A church that is focused on itself has little chance of attracting the unchurched, especially when they are located in an underserved community.[4] Although they are leading to the best of their ability, these vestries do not understand why the community does not attend. If these membership-depleted churches are to survive, their governance must be based on “mission-focused” ministry[5] which seeks new ways to be an Episcopal presence in communities. If a church wishes to attract the community, it must first demonstrate that it is responsive to their needs. Given limited resources this can be difficult for the church to do on its own. It is therefore advisable to seek partnerships with other justice and socially-minded organizations. They can provide much needed resources, which when combined with the church’s assets can allow a much more effective response to the needs of the community.

Missional focus not only gives the church a new understanding of the community, it provides a meaningful structure for how a vestry governs. Most vestries which operate in the traditional model spend a lot of their time and energy stuck in the weeds of what has been. Money is invested in half-time organist and paid section leaders, not because it is strategic, but simply because that is the way it has been for years. Or, even though membership has shrunk dramatically, the vestry continues to operate under the assumption that keeping a full-time rector is somehow essential and so must be maintained even if it means drawing down the endowment.

But if true transformation is to occur this model must be inverted. The cost of operating a church should be defined by its mission and ministry, and not just by the cost of keeping the lights on and the walls insured. Faithfulness to Jesus’ mission, as expressed in our Baptismal Covenant, should be the primary concern when it comes to shaping budgets. Thus, the cost of running the church must be defined in terms of what makes mission possible as opposed to operational costs, especially when they are just to allow the church to “keep on keeping on.” When a church makes the decision to invest in its mission to the community, it fosters a symbiotic relationship in which church and community support each other. This is not easy to achieve but when it happens it is transformational.

For example, as we started 2020, little did any of us know that the Coronavirus would cause all our churches to have to explore new models and embrace such change, particularly when it came to worship. We familiarized ourselves with technology and equipment many of us did not know existed, but which are now familiar parts of the lexicon.

For the last three and half months, church members have been experiencing worship from their easy chairs via their computers. Some join in the Daily Office, others watch the Eucharist and receive spiritual communion and some gather for virtual coffee hours. Vestry and committee meetings are on online. Zoom has become both the new noun and verb of expedient gathering. Vestries and clergy have stepped forward and transformed the modus operandi of church administration and governance from in-person to virtual, literally, overnight. We became transformative leaders right before our own eyes.

Paul Fromberg, Rector of St. Gregory of Nyssa, asserts that transformation is the leading responsibility of the vestry[4]. When the sustainability of the old ministry of a church is no longer viable, change comes only through transformative leadership. If a church wishes to break out of the confines of its old model and instead open itself to the needs of the community, their vestry must lead the change. As Canons for Growth and support, our ministry is to encourage and support them in doing so. [We will illustrate what this transformation can look like next week.]