The Spear of King Saul: When the Institution Comes Against You 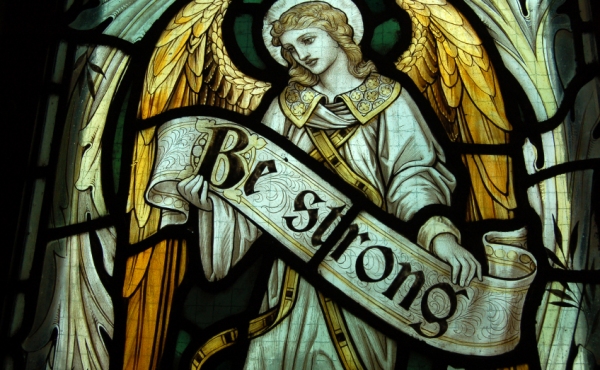 Shocked, bewildered, hurt, and angry are just a few words that come to mind when thinking about what I and many others have experienced along with David in 1 Samuel. What do you do when the very institution that you love, trust, and given yourself to, turns against you? Moreover, what do you do when these institutions not only turn against you, but come against the purposes and plans of God for your life?

In 1 Samuel 18, we see the powers that be both bless David and attack his very life. In this chapter David is given armor, and even his sword and his bow and his belt of King Saul’s son, Jonathan (1 Samuel 18:4). It is also recorded that David is successful wherever Saul sends him (1 Samuel 18:5). In fact, he is so successful that Saul sets him over the army (1 Samuel 18:5). David’s fame grows to the point where the women of the towns of Israel sing a celebratory song about him recorded in verse 7: “Saul has killed his thousands, and David his ten thousands.” At this, Saul became angry.

So what happens next? Verses 10-12 reveals what happens when God wants to move you from what seems right in the eyes of the world (being content with the approval of the institution) to what is right with God, which is being in his perfect will for your life.

1 Samuel 18:10-12 states,
10 The next day an evil spirit from God rushed upon Saul, and he raved within his house, while David was playing the lyre, as he did day by day. Saul had his spear in his hand; 11 and Saul threw the spear, for he thought, “I will pin David to the wall.” But David eluded him twice.12 Saul was afraid of David, because the Lord was with him but had departed from Saul.

God sent an evil spirit to move David from under the hand of Saul who is the capstone of the institution. David was to be removed from what the world would call a desired position, to bigger and better things. With all of his faults, sins, and transgressions, God had a purpose for David that was even beyond David himself; he was to be the King whose bloodline centuries later, would bring forth the King of Kings.

When you find yourself faced with the spear of the very institutions that were supposed to mentor you, care for you and love you, be encouraged because oftentimes, as Joseph stated to his brothers in Genesis 50:20, “Even though you intended to do harm to me, God intended it for good.” God will use what’s distressing and painful to propel you into the plans and purposes God has for you.