Ten Reasons Why You Should Be An Episcopalian 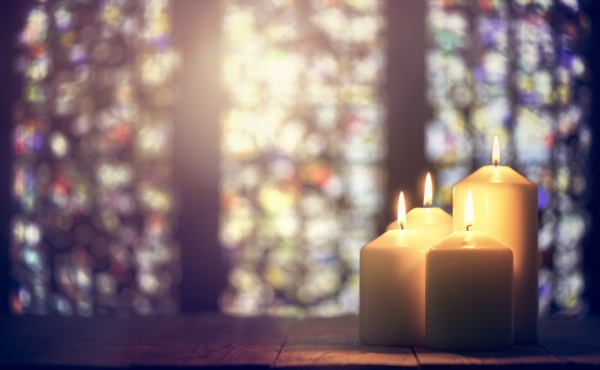 “Now the eleven disciples went to Galilee, to the mountain to which Jesus had directed them. When they saw him, they worshipped him; but some doubted.”

Not long after I was elected Bishop of Kansas, I was in a small coffee shop not far from Coffeyville, Kansas. There I sat, resplendent in my sincere suit, brand new purple shirt, and the shiny new pectoral cross generously given to me by my former parishioners at Saint Michael and All Angels, in Dallas, Texas. The cross, modest by Texas standards… was very likely the largest golden object in Southeastern Kansas at the time.

When the waitress came up to take my order and she looked me up and down and said,
“My… that is SOME kind of cross!” And I replied,
“Well, thank you ma’am…” and then, trying to offer some kind of explanation I said,
“You see, I’m the Episcopal Bishop of Kansas…”
And she stopped, and looked over her glasses at me, and said, “Well, La DEE da!”

And to complete my lesson in humility, she yelled over the counter to the cook, “Hey Frank, his holiness wants his hamburger medium rare!”

Now, I’ve had some “La-DEE-da” moments as the Bishop of Kansas and as the Vice President of the House of Bishops, (and more recently as the Rector of St. Bart’s in New York City,) but none of them have been any more meaningful than being invited to preach to those of you who lead the Episcopal Church Foundation.

You know, you all are my heroes. You are the people who get up early and stay up late to be The Episcopal Church.

“Now the eleven disciples went to Galilee, to the mountain to which Jesus had directed them. When they saw him, they worshipped him; but some doubted.”

At the very core of my being, I believe there is no greater joy than the joy of Christian believing; no greater happiness than the happiness found in the Christian life, and, therefore, no greater privilege that that of leading others in this way of life, following the very example of Christ himself.

Now I know there are many other wonderful traditions within Christianity…. and I am well aware of the many imperfections which exist within our own branch of the Christian Church.

I also know that not everyone here this morning may be a Confirmed member of The Episcopal Church…but a lot has been said and written in recent years about our denomination, and I thought it would be good if we tried to set the record straight. 1. You should be an Episcopalian if you are drawn to the complexity of God as revealed in the doctrine of the Holy Trinity… as opposed to simplistic expressions of God which cannot help but distort God’s true multidimensional nature.

2. You should be an Episcopalian if you believe men and women are fundamentally equal in the sight of God and women, as well as men, should be able to serve in every office in the Church.

In the Episcopal Church, women serve as acolytes, vestry members, senior and junior wardens, deacons, priests, bishops, and even as Presiding Bishop!
Believe it? Heck, I’ve seen it.

I believe his is a genuine glimpse into the very Kingdom of God where men and women have equal access to the glory and the love of God. 3. You should be an Episcopalian if you believe age, race, disability, or orientation shouldn’t keep anyone from having an equal place in the House of God. Now, this is a position which created significant tensions in our fellowship over the years and those tensions still exist in some places.... but I believe the positions we have taken in these matters will, with the benefit of history, make us look as though we have been guided by the Triune God in our deliberations. And, in true Anglican form, we remind everyone that unity is not uniform.

You don’t have to agree with us to worship with us, to receive the Sacrament with us, to join us in bearing the cross of Christ. 4. You should be an Episcopalian if you believe in the power of both the Word of God preached and in the Presence of God as revealed through the sacraments.

If you find solace and strength through hearing God’s word preached with power and in receiving the Body and Blood of Christ on a regular basis, you have come to the right place. 5. You should be an Episcopalian if you believe the glory of God can be revealed through beautiful architecture, beautiful music, beautiful liturgy, beautiful art, and beautiful literature. Episcopalians believe God is fully revealed in the midst of such artistic beauty and we seek to support and value the aesthetic in all of life. 6. You should be an Episcopalian if you’re serious about hearing and learning about the Word of God.

If you attend Episcopal worship regularly, you’ll hear the largest part of the Bible read over a three-year cycle. Episcopalians hear lessons from the Old Testament, the Psalms, the Epistles, as well as from the Gospels, while many so-called “Bible churches” hear comparatively little of the Bible read in worship.

(I recently attended worship with some of my extended family at a Bible Church and we heard only one short verse from 2nd Corinthians! Now, granted, there was a forty-five-minute sermon on that one verse... but I would have preferred to have heard a good deal more from the original source.)

Episcopalians bring a scholarly mind to the study of the Bible and most Episcopalians take the Bible far too seriously to take it literally. 7. You should be an Episcopalian if you think churches should be built around the worship of God and not around the charisma of any one clergyperson. Robert Schuller was an incredibly gifted orator, and my mom loved that guy… but his great Crystal Cathedral is now home to a Roman Catholic diocese that found a bargain basement deal on real estate in southern California!

Our ecclesiology makes it difficult; though as we know all too well, not impossible, for charismatic clergy to lead parishes and dioceses into unhealthy relationships with them. But in The Episcopal Church it will always be God, and not the clergy, who remain the center of our focus. 8. You should be an Episcopalian if you believe frightening imperfect Christians with the fiery flames of hell or with crushing, unrelenting guilt is not only un-biblical, but it is foundationally un-Christian.

It is nothing less than theological malpractice.

This is a hospital for sinners, not a haven for saints!

We believe Christ died on a cross to save us, not to mock us or belittle us.

The Episcopal Church seeks to find a place mid-way between “an acrid orthodoxy and an arid liberalism” and we try, although we don’t always succeed), to maintain the “via media,” this “middle way.” 9. You should be an Episcopalian if you believe in working closely in mission and ministry with other Christian denominations like the Evangelical Lutheran Church in America, the Old Catholics, the Moravian Church, the United Methodist Church and a host of other denominations with whom we are pursuing deeper ecumenical relationships. 10. You should be an Episcopalian if you believe Christians are fundamentally called to live out the Gospel imperative to feed the hungry, clothe the naked, and care for the least among us. These are imperatives for every Christian but they stand at the very core of who we are as Episcopalians.

Well, perhaps you didn’t need any encouragement from an old bishop on becoming or remaining an Episcopalian.
As an old sales manager of mine once told me,
“If they’ve decided to buy, you should stop selling.”

But we’re living in a turbulent and polarized time and assaults made upon our tradition from sources both foreign and domestic inspire me to remind us what being an Episcopalian truly means.
We must remember that even in the very presence of Christ, some doubted!

The cultural and political wars have not left our beloved tradition unscathed and where some see a liberal institution falling away from the faith once delivered, I see a holy institution discovering its deepest Christian moorings and coming most faithfully into its own.

Jesus said to them,
“All authority in heaven and on earth has been given to me. Go, therefore, and make disciples of all nations, baptizing them in the name of the Father, and of the Son, and of the Holy Spirit and teaching them to obey everything that I have commanded you”

We are Episcopalians. We stand with the poor, the oppressed, and those who have no advocate... and this will always put us in harm’s way. We bring our heads and our hearts to every theological discussion…... and if you want to know what we truly believe?
Watch how we pray.

If we have little to say in the face of some of the most outrageous accusations made against us, it’s because we are exercising classic Anglican reserve rather than because we have nothing to offer in our own defense.

Jesus was angry when he cleared the money-changers out of the temple because he knew how they were desecrating the holy things of God for their own purposes.

“They did not crucify Jesus for saying,
“Behold the lilies of the field, how they grow.”

They crucified Jesus for saying,
“Behold the thieves in the temple, and how they steal.”
Picking up one’s cross requires strength and resilience.

Remember in the Book of Acts where it says,
“When they had prayed, the place in which they were gathered together was SHAKEN; and they were all filled with the Holy Spirit and spoke the word of God with BOLDNESS.”

Is there a person in this sacred space who doubts the power of such prayer?
Is this not the power that changes the whole world?

Willa Cather, in her classic novel, Death Comes for the Archbishop, wrote,

“The miracles of the Church seem to me to rest not so much upon faces or voices or healing power coming suddenly near us from afar off, but upon our perceptions being made finer, so that for a moment our eyes can see and our ears can hear what there is about us always.”

Today, this very day, may our perceptions be made finer.
May our eyes see and our ears hear, “what is there-about-us- always.”