You Keep Using that Word "Parish" 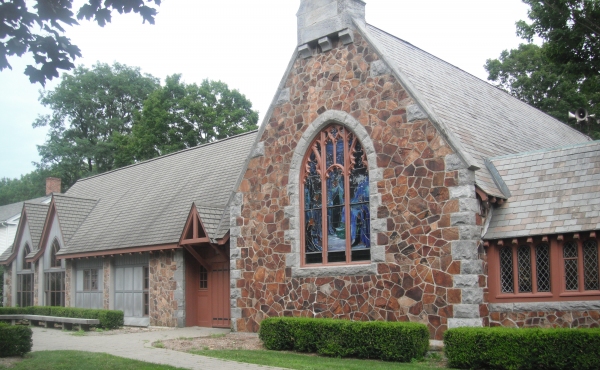 Episcopalians love to use the word “parish,” as in: ‘parish meetings’, or ‘parish ministry’ or, simply, ‘my parish.’ But as the great Inigo Montoya said in 1987’s The Princess Bride: “You keep using that word. I do not think it means what you think it means.”

For starters, it’s a sweet sounding word. It takes us back to a time no one alive ever enjoyed, although it’s nice to think that someone, somewhere did once upon a time. It sounds simple, pastoral, peaceful, lovely. Etymologically (Wikipedia tells me), it has something to do with living together, “sojourning in a foreign land” (thanks, Wikipedia), and it emerged in the English language right around the time the Church of England parish system also emerged – sometime post-12[1] century.

This was driven home for me when I was serving as curate (yet another sweet Episcopal word) in a bustling city in a rather large parish, er, congregation. I must’ve mentioned the word when a parishioner – aha! there it is again – said to me, “You keep using that word, ‘parish.’ But that’s not what this is. This is a church and we are a congregation.” At the time, I thought it was an odd response from a relatively cranky worshipper. In the ensuing years, however, I’ve come to realize how spot-on she was. We keep using the wrong word for what we’re really trying to describe. Even worse, I believe our common life has inspired us to actively choose the wrong word – not because we don’t have other words but because it subtly removes levels of personal responsibility for claiming our present moment in leadership. It doesn’t help, and it only furthers my case that the line drawing of that same congregation – a busy urban church set in an active, people-packed neighborhood – features none of the neighboring high-rise dwellings; no cars, no people, no busyness whatsoever. In fact, there’s a grove of trees where streets actually exist – and have always existed, long before that church was built! – suggesting that it’s set somewhere in a field in the countryside.

I believe we should start using particular words with particular meanings, even keeping the term “parish,” but in a wholly reconfigured sense. This may be my personal rant (yes, it is very much that), but I (also) truly believe that when we start doing these things the consequences will foster in our very midst exciting missional opportunities.

Here are the words we should actively start using, in place of “parish.”

Church. The building in which people gather is a “church.” It’s certainly best to start calling our entities “churches,” not “parishes” – that is, “I’m the rector of St. George’s Church”, not St. George’s Parish. But beyond that simple rephrasing, as a matter of internal practice I think we should get super clear when talking with church-folk about the differences between people and buildings. “Church” is a building.

Congregation. The word “congregation”, by definition, implies people, specifically a gathering of human women and men, children and youth. When you start using this term more frequently, choosing it whenever you’re trying to talk about gatherings and groups and assemblies, you’ll find that your mind also begins to shift from programs and activities to faces and names.

Community. I’ve begun to use the term “community” more and more, perhaps because I’m the rector of a multi-site parish (more on keeping that term, below). Also, I think community gets more at the deeper level of why people engage and join, participate and step into leadership roles. In any given congregation, there are multiple communities: the justice folk and the Christian formation people; the fellowship-oriented leaders and the music lovers. Those are separate and distinct communities, all of whom comprise a larger body called “congregation” and who, most likely, have various rooms and spaces dedicated to their work in the building called “church.” I strongly believe that what we’re seeing, in reality, is that The Episcopal Church is becoming a loosely connected, somewhat-networked coalition of small faith communities – communities within communities, communities connecting across traditional parish boundaries. That’s an exciting mission-shaped prospect, to me, and it describes how our churches are very much growing these days (not, as the numbers suggest, declining).

I’m not in favor of getting rid of the word “parish.” Not at all. In fact, I’m strongly in favor of keeping it, but keeping it according to a strictly technical meaning and set of implications. If we were to do what I suggest, we would in effect re-frame and revise our complicated and, frankly, mind-numbing internal operating systems so that they more effectively line up with Christ’s mission in the world.

Here’s why we should keep using the term “parish” – in what sense and with what implications:

Parish is the basic operating system. Ecclesiologically, the “diocese” is our core identity as Anglican Christians. But no one joins a diocese. People join and engage local congregations, even more so smaller, more focused faith communities. The entity that helps organize and run that local scene is what we call the “parish”; in effect, the core operating system of Episcopal church life. This is an historical fact, as well, for it’s not incidental that the term “parish” emerged in our language when English Christians had to come up with a system of local governance and oversight when the older, monastery-based system began to wane. It’s also the case that the parish system emerged independent in many cases of the local diocese; in point of fact, in most cases the “diocese” showed up after the “parish.”

So let’s keep the term “parish,” but substantially revise it so that there’s some body that will most effectively and most sensitively support growing congregations and emerging local communities of faith. Someone, somewhere needs to effectively resource and support all those gatherings and ministries, not to mention keep the buildings in good working order. That group of persons is called a “vestry” – thus, each “parish” has a “vestry.” The simple fact is that we have far too many parishes, certainly more than the coalition of people we currently have actually need, in practice. Many parishes should be merged, simply put. Not all parishes, mind you, but many. This is more than sharing ministry or doing events together. This is about putting the resources together so that Christ’s mission can most sensitively and effectively be supported. What this would do is allow the vestry – and, by implication, those local clergy and lay leaders – see what God in Christ is actually doing in their cities, neighborhoods, and communities. We’re so incredibly busy maintaining the bricks-and-mortar and internal, insular activities of a few that we keep forgetting to wonder about that new boutique candle shop on the corner, or why it is that so many young adults keep frequenting that new independently-owned coffee shop. Re-framing “parish” in this way – making far fewer parishes and more regionally-focused vestries – would inject a new level of missional curiosity and wonder and excitement into our church life. This is desperately needed, especially in these pandemic / post-pandemic days.

Parish is the ‘turf.’ Along with what I shared about injecting some deeply-needed curiosity in our common life, this is one of the most exciting gifts of the word “parish” that I hope we keep. Not only do I want us to keep it, I would love for Episcopalian Christians to treasure this meaning – the parish is our turf. I don’t mean this in a defensive way, as in, you can’t do that in my backyard without talking with me first (although I can see how it could get there). I mean this in a broadly invitational way. Episcopalian Christians should claim our turf and, even more so, celebrate and know our localities, befriend our neighbors. Wouldn’t it be awesome if we collectively understand that that cute couple who opened that boutique candle shop are “parishioners” just as much as the person you see every Sunday morning in his pew is a “parishioner,” just as much as a long-time pledge giver is a “parishioner.” I know that’s relatively mind-blowing to most Episcopal church leaders (“But the pledging member actually pays our bills!” is the obvious rebuttal), but wouldn’t you rather fix the back-office funding problem and thus free yourself to enjoy the place you live, seek out those who are hurting and lost, build meaningful friendships and partnerships with those who, like you, are deeply committed to the common good?

We continue to project the obvious problems of our church’s mind-numbing, archaic operating business model as if they are obstacles to Christ’s mission. In simple terms, The Episcopal Church, if we accept it as is, is so designed that it will invariably work against Jesus’ Great Commission. But the problem is not The Episcopal Church. The problem is definitely not Jesus. The problem is that simple phrase: “…as is.” So stop taking it “as is.” Start changing the system. Stop using “parish” as if to talk about your church building, or your congregation, or your connected, peculiar community of faithful Christians, those women and men who are walking alongside you in the careful work of Christian faith and life. Start cultivating a new community of Christian practice – Knitters for the Gospel, Cyclers for Jesus, Coffee Roasters for Justice. Start inviting people to your congregation, that loosely knit broader fellowship of multiple smaller communities and folk. Start celebrating your local church, the roots it has in your neighborhood, the ways it fosters connection and the common good. Start using “parish” when you think of your ‘turf’ – that big, wide coalition of Episcopalian Christians, friends, partners – yes, the people who opened that new restaurant down the street, the underemployed baker/house-sitter. If God is the God we know God to be, the One who is already on the moving, making all things new, it’s most likely the case that they’re already involved in reconciling and restoring. We simply need to catch up to where Christ is already on the move.