Anglican Stewardship, Part One: Our Heritage 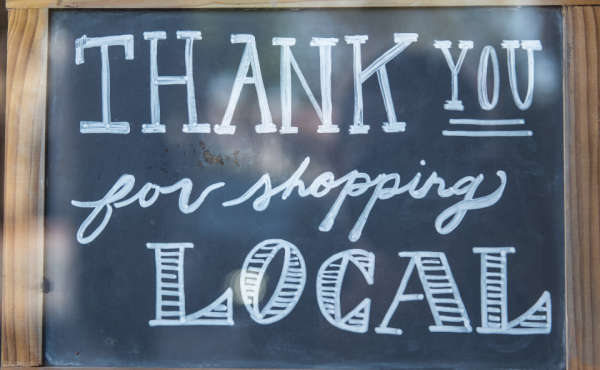 The other day, my family and I went downtown. There’s only one incorporated town, really village center in the community in which we live. We missed the Taste of St. Mary’s by one hour – all the vendors were packing their tents – so we walked down the block, off the town square to the local pizza place for a late lunch. It’s great pizza; plus it’s fun to run into all sorts of neighbors. Following lunch, which turned out to be dinner, we walked another block over to the new ice cream place that opened last year – a storefront on an old warehouse building; the rest of the building itself now turned into a collection of real-time Etsy shops with an always-full beer garden in the back.

Years ago, none of those options were there. The buildings were there. The pizza place was a run-down seafood joint, and I have no idea what was in that warehouse. Back then, there was a diner, a coffee shop and a French restaurant and that was about it, save for a few funeral homes and florist shops. Now, the town is filled with yoga studios, art galleries, yarn shops, wonderful restaurants, a health food store, cooking studio, and so many more pop-up-shops-turned-creative-businesses.

About a decade ago, I remember reading with hope Richard Florida’s Rise of the Creative Class. His premise is still right on: cities should stop courting the sports teams, the Big Business Central Headquarters and, instead, look to cultivate “the creative class” – those folks who move into neighborhoods, buy homes, enroll their children in local schools, and open ice cream shops and yarn studios and coffee houses. They tend to stay, and plant roots. They get involved in neighborhood associations and begin to cherish the history of the area. The “creative class” turn out to advocate within local government, and they make a long-term difference slowly and impactfully. Big Sports and Central Headquarters are often in it for the corporate tax incentives, and they could just as soon abandon that new football arena for a better deal in the next state over.

The creative class has been on the rise with relatively rapid pace in my own context. That same pace of change is also impacting our churches and congregations – sometimes for the good, sometimes by way of challenges. What does it mean to remain planted where we are, we ask as the church in our place? What does it mean to create and cultivate small, nimble, incarnate communities of deep connection? Where, in turn, in our common life have we begun to adopt the thinking of those Big Business Central Headquarters, forgetting that The Episcopal Church, where it really matters, shares a worldview much more similar to those boutique shops and creative risk-takers who are committed to thriving where God first planted us?

Now this is a blog post, as promised in the title, about stewardship. No, there aren’t hot tips for a better stewardship campaign, or a checklist to increase pledge giving for 2023. I believe there’s something to be said by way of a first order reflection about the way Anglican Christians understand and embrace the concept of stewardship, which is both theological and practical. How are we, the church, working from models of Christian life and community development which have been honed via our Anglican Christian tradition?

First step before launching this year’s stewardship campaign should be a serious examination of our common life and witness, as Episcopalian Christians planted in 6,000+ local communities. Practically speaking, how does The Episcopal Church engage successfully in stewardship when we’re not fully incarnate in our own congregations, neighborhoods and communities? When there’s such a marked clergy shortage in those congregations who cannot otherwise afford the conventional one-priest / one-parish model? When we’ve come to believe the lie that technology will keep us connected? What does “stewardship” mean in this context, now? How do we do stewardship meaningfully from a more abiding commitment to remain planted where we are?

A few years ago, the (Anglican) Church in Wales pulled together their brightest and best theological minds to deepen an understanding of the church in light of their 2020 vision – “serving community, inspiring people, transforming church.” The Church in Wales has been serious about this work since the early 2010s; in fact, the 2012 Church in Wales Review gave serious, structural shape to a church that would be more nimble and ministry-minded. But changing the structure doesn’t resolve the problem. There’s a human element to all of this, and the Church in Wales realized that it would do better to consider how we are setting up women and men to lead congregations, love God’s people, and thrive in ministry. In 2015, “the Bench of Bishops asked its Standing Doctrinal Commission to reflect upon the nature of ordained ministry, and its context in contemporary Wales. It was invited to take up the challenge of articulating the way in which ordained ministry contributed to the well-being of Christ’s Church and to its mission to witness to Christ’s love and God’s reign in a largely secularized and multi-faith nation.” (Foreword, Faithful Stewards in a Changing Context) The twelve essays in the Church of Wales’ recent report, “Faithful Stewards in a Changing Context,” are a delight to read.

Most provocative, for me, is the essay from the Rev’d Canon Dr. Mark Clavier, “Reformed, Catholic and Neighborly: The Anglican Reception of the Classical Tradition of the Pastoral Ministry,” pp.61-69. Canon Clavier traces what can be called a ‘classic’ Anglican understanding of pastoral ministry and parish life. “The pastoral work of clergy and laity within parishes,” Clavier writes, “served to further the salvation of individuals and to build up and preserve a Christian commonwealth governed by a Christian monarch through his or her bishops.” (p.69) That worldview is no longer operative, he admits; not in Wales, nor England, nor America – “there is arguably no longer a sense of our living within a Christian commonwealth in which the Gospel is advanced for the salvation of souls.” (p.69) But all the same: “…those earlier debates continue to define the Anglican ministry in distinct ways. In a world where we’re beginning again to appreciate the importance of local landscapes, communities, and cultural heritage, perhaps we’ll also regain an appreciation for the Anglican approach to pastoral ministry, which has been so deeply rooted in local places and people.” (p.69)

We’re on the other side of the Covid pandemic, like it or not. Problem is, The Episcopal Church’s re-emergence is harder, more challenging, more baffling than anyone ever thought it would be. The faultlines that existed well before 2020 have been drawn more starkly. But good news is that there’s an entire new world being pioneered right outside our red doors. And equal good news is that our Anglican Christian tradition believes stewardship has everything to do with engaging, and claiming leadership in one’s local context. The very concept of the “parish,” which undergirds so much of our common life and theological self-understanding, is the mechanism by which this functions.

How, then, can the church speak meaningfully into a world that’s quite literally renewing itself, although this time (perhaps for the first time in two millenia!) resurging without the leadership of the Christian church? Consider those local coffee houses, pop-up pizza joints and a renewal of the importance of locally-sourced, home-grown enterprises. How can the church speak meaningfully into this brave new world, especially if the church is still speaking primarily on Zoom? Especially if The Episcopal Church continues to struggle with such a pronounced clergy shortage in under-funded and more remote areas in most dioceses? Especially when The Episcopal Church allows for historically black and brown congregations to diminish at alarming rates, and has no mechanism to keep alive congregations in poor, under-resourced neighborhoods? How can The Episcopal Church steward resources it fears it no longer has? Or, to put it more positively, how can The Episcopal Church – now – begin again to “appreciate the importance of local landscapes, communities and cultural heritage,” and build our entire pastoral system on the resurging backs of the newly emerging, post-Covid local ‘scene’, regardless of how different each localized community looks and feels from one another? Turns out, The Episcopal Church was never very good about being Big Business Central Office in the first place, anyway.