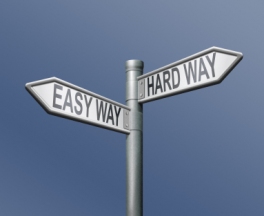 I’ve been musing about an article in Newsweek by Jack and Suzy Welch. Jack Welch was, of course, the chairman and CEO of General Electric for 20 years, leaving in 2001. He wrote the book, Winning, with his soon-to-be wife, Suzy, amid some controversy.

Nevertheless, I think the article offers some interesting advice that, when tweaked a bit, has some merit for our ministry. While we shouldn't see the church in terms of winners or losers, we should all be seeking a winning strategy for guiding our church to growth in community, numbers and faith.


The first principle to building a successful team, they say, is that “leaders of winning teams always—always—let their people know where they stand.”

They write: “Effective leaders let their people know whether they are star performers without whom the organization would writhe in agony or whether they should be thinking seriously about finding another job.”

Over the course of two decades of involvement in church administration, I have seen many stellar performers -- as well as some lousy ones. All too often, when the issue is raised about poor work habits of a priest, sexton, church secretary, or other worker, the supervisors or vestry decide to continue the person’s employment without a plan in place to support professional development and to measure improvement or lack thereof. I’ve heard people say that it’s the right thing to do, the Christian thing to do, to avoid firing someone at all costs.

I don’t think that’s right. To be sure, a sense of fairness must accompany any severance, both in compensation and in how the situation is handled, and frankly, we should err on the side of over-generosity in these situations. But as leaders, we also must be good stewards of limited resources. Sometimes we are forced to make decisions and people are let go, despite their good and faithful work. But in other situations, we perpetuate an environment of bad behavior and unacceptable job performances under the guise of Christian workplace practices.

We must ask: Is it good stewardship to pay someone whose work is continually subpar, or whose behavior jeopardizes the morale of an entire staff?

Wouldn’t it be better to have a work plan in place, with specific, realistic goals and deadlines for the employee? If the employee continually fails to meet these expectations, then perhaps it’s time to discuss a parting of ways.

This frees up the remaining staff to put their energy into what’s working and to embark on new projects. And it hopefully gives the newly terminated person an opportunity to find a job that inspires him or her, that summons the person’s best efforts.

While Jack Welch sees this as part of winning strategy, we know that in reality it's much harder. But in some ways, this too is about discernment, about helping people find their gifts, even when it means making very hard decisions.