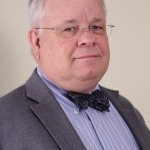 Jerry joined ECF after retiring as VP for Advancement at the Church Divinity School of the Pacific where he oversaw the successful completion of a $21 million Capital Campaign and helped raise an additional $20 million in annual and planned gifts.

Since graduating from the Pacific School of Religion (MDiv), his career has included work with congregations of different denominations, social service agencies and theological seminaries. While ordained as an elder in the United Methodist Church, he was a parish pastor for 18 years and now specializes in Stewardship Development as well as Capital Campaign management. He holds a BA in Music from Arizona State University and attends Holy Cross Episcopal Church in Carlsbad, CA, where his wife is the vicar.

A Capital Campaign: Just One Piece of the Puzzle
It’s All About Welcome…
The Real Widow’s Might
Subscribe