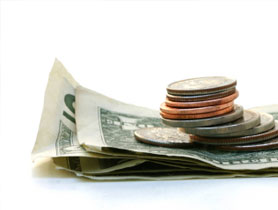 The parish was ahead of its time. In 2002, it was well on the way to making LGBT-inclusive, multicultural, bilingual urban church a reality. At the same time, it was already facing realities still a few years down the road for parishes in more affluent areas. Structural deficits had run through all the savings, and the working poor neighborhood promised little hope of the middle class resources required to sustain a traditional, modest parish operation.

We were stuck. Most of the ideas floating around (Turn off the lights! Have a yard sale!) promised only miniscule dents in the yawning gap between budget and reality. Everything in the budget seemed both necessary and non-negotiable.

We did two things:

What we came up with that day in the parish hall was by no means a finished budget, but the experience of creating together made the trade-offs much clearer. The skill of running a household on little money became just as useful as that of managing portfolios and reading spreadsheets. We could see which areas in the budget really needed our attention (the big ones!).

The combination of the two exercises took us into a new era of fiscal leadership and participation. Those who participated understood the hard decisions that had to be made, and were able to explain what we did, why we did it, and how life was going to be the same and different on our new, much leaner budget. It didn't make running a broke parish easy, but it did make it possible to go forward together.
Subscribe via EMAIL or RSS
Twitter Facebook Link
Subscribe