Assessing Risk to People and Property

September is National Disaster Preparedness Month. Episcopal Relief & Development’s US Disaster Program equips Episcopal dioceses in the United States to prepare for local disasters, mitigate their impact and help the vulnerable make a full and sustained recovery. This is the second in a series of four posts on parish disaster preparedness planning. 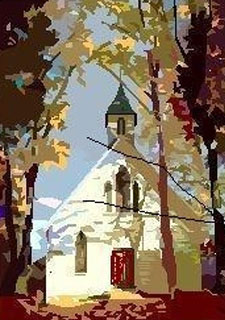 At St. John Episcopal Church in Kenner, LA, the chief inventory in the parish disaster plan is not a count of hymnals or chalices. It’s a list of members, including their contact information, their special needs and the skills they can bring to bear if a disaster strikes.

To get the data, Charmaine Kathmann, a deacon who is the parish’s only full-time clergy, surveyed members in spring and early summer of last year. She added the information to the parish disaster plan, along with the inventory of the parish’s valuables and the strategy for how they would be moved and protected during a disaster.

The information gives the parish an important working knowledge of what is at risk during a disaster, both behind their doors and out in the wider community. Such a risk assessment is an essential part of parish disaster planning, and it includes activities such as:

St. John’s example illustrates that a disaster plan doesn’t begin and end with a list of items to protect and preserve. A congregation’s most valuable asset is its people, and knowing both how to care for them and how to mobilize them to serve the wider community in a disaster is an important part of responding effectively.

Kathmann’s inventory of human needs and assets made it into the plan just in time for Hurricane Isaac to give it a test run last year. Arriving on August 21, 2012, the storm lingered over the city for six days. And the congregation went into action.

Landlines were down, cell-phone service was limited and electricity was out, so volunteers sent out text messages to locate members. Kathmann knew that texts will often get through when other cell-phone services are congested. One member had a working landline and was able to call people who had evacuated out of town to make sure they arrived safely. Even before the hurricane struck, Kathmann had activated the parish telephone tree to find out ahead of time where people would evacuate to.

“That’s the most emotional part,” she said, “when people have evacuated and you don’t know if they’re safe or not.”

While hurricanes are a regular part of life along the Gulf Coast, Kathmann said that the congregation is aware of and prepared for other risks as well. The parish isn’t far from Louis Armstrong New Orleans International Airport. Parishioners still recall the crash of airport-bound Pan Am Flight 759 in Kenner in 1982, which killed all 145 people passengers and took the lives of eight people on the ground. Kathmann said the parish is also aware of the risks the come with its major railroads and its highways.

“Every disaster is unique,” she says.

Kathmann helped St. John’s create its first disaster plan when she joined the parish staff three years ago, and she updates it annually. To guide the planning, she adapted Episcopal Relief & Development’s Parish Planning Guide for Congregations and Parishes. A comprehensive version of the guide and an accompanying facilitator’s guide, can be found in Episcopal Relief & Development’s online resource library, along with more abbreviated “silver” and “bronze” versions.