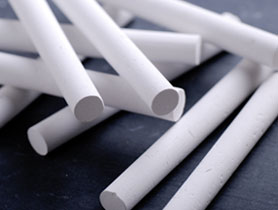 A good friend of mine once gave me an Epiphany gift – a beautiful box with the spices of frankincense and myrrh.

Because we’re such good friends, I joked, “Where’s the gold?” Because she’s such a good friend, she answered back, “That wise man got lost. He is a man, after all, so he didn’t stop to ask for directions.”

As we enter our liturgical time after Epiphany, the journey of the wise men often strikes me as analogous to our own journey of finding the Christ child. For the few weeks of Advent, we work to prepare our hearts. We’re a little kinder. We practice forgiveness and generosity. We purposefully put the needs of others first.

But then all too quickly, we’re back to our routines. We go off in different directions, wandering, lost, waiting for a star. These days, we’d settle for a large neon arrow or even a compelling link on Facebook.

Yesterday, children at the church processed in a brief Epiphany pageant. The wise men, unrehearsed and including my son, took a wrong turn. It was apt casting for the star – a middle school student turned role model, willing to dress in gold lamaise, despite seeing some of his peers in the pews.

The kids helped hand out chalk so that parishioners might partake in a tradition of writing the initials of the three wise men over the doorway. Typically the first mark is the century since Christ's birth, followed by the initials of the magi (traditionally named Caspar, Melchior and Balthasar), and finally the year. Crosses alternate between the numbers and initials. So this year, the marking is: 20 + C + M + B + 11 (Editor's note: for 2015 this is 20 + C + M + B + 15)

Although I saw these markings in houses around Europe, this will be the first time that I’ve marked my doorway. Interestingly the CMB also symbolizes the phrase Christus mansionem benedicat, which translates as "may Christ bless the house."

Seeing the marking above my door each day will be a good reminder of the journey: that I must always seek Jesus –and especially when I’ve made a wrong turn.