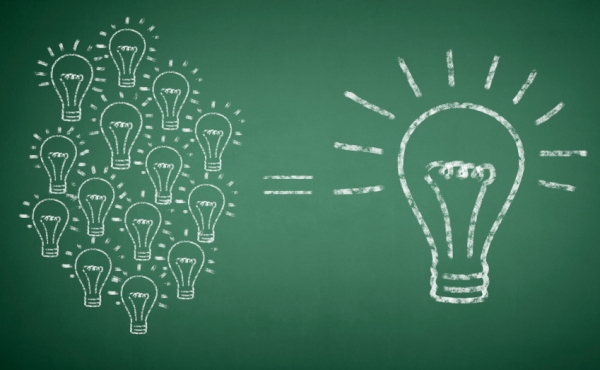 I was well on the way to pursuing my idea. I had completed some interviews, bought a few plane tickets, and was researching innovative ministries across The Episcopal Church to interview. I was going to write a seminary thesis on mission and innovation.

You never read that thesis, because the early building blocks are gathering cobwebs in the deep recesses of my computer.

As we discussed last week, we all have ideas. My idea was all I could see. It took someone else, and their idea, and mixing the two together, to help produce the final product. A better idea, formed from the two.

In 1957, two researchers figured out a way to track the location of Sputnik, simply by measuring changes in it’s transmitted radio signal relative to a known location on the ground. Several years later, different researchers at the same institution were seeking a way to track the location of nuclear submarines. These researchers soon realized that they could “invert” the method the earlier group used to track Sputnik. By using a satellite with a known location, they figured out how to track a moving object on earth. Here, two separate ideas mingled together and ultimately morphed into what would become GPS.

When I think about innovation, the central part of the process is connecting ideas. We may start with good ideas, and we build on and develop these ideas by making novel connections. The Church is not in the idea protection business. Instead, we should share freely and openly the ideas we have, and seek to make connections between similar ideas to help build something new and better.

I was going to write a thesis that nobody was going to read. My good friend and classmate Christian Anderson wanted to put together some form of revival-like, Spirit-filled event. It was when we talked, and connected these ideas, that we came up with Missional Voices. Instead of protecting our own ideas and running down two separate paths, we worked together to start a conference. Our first event was most certainly Spirit-filled (Christian’s hope), and started a conversation about innovative ministry ideas (my hope).

If we want to be creative - individually as well as organizationally - we need to intentionally seek out opportunities for sharing the slow hunches lurking in our minds. To be an engine of innovation, the Church should be the place where ideas can mingle and remix and create new forms.

You have an idea. But so does your neighbor, or friend, or fellow parishioner. It is in sharing these ideas, and mingling them, that new and exciting things can happen. Don’t hide your idea under a bushel. How can you put that idea on a lamp stand for the world to see, and use, and improve?