The Rector is a Member of the Vestry 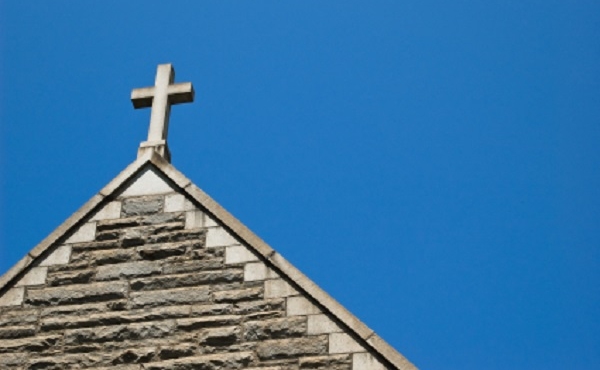 In addition to my church work, I serve as President of the Parent Teacher Organization (PTO) at my daughter’s Montessori school. It’s a way I can help give back to a great school. Also, the President of the PTO has far fewer responsibilities than Rector of a congregation, and I love simple, straightforward jobs.

As it turns out, the PTO was re-started a few years ago with a strategic aim. Like many small, private Montessori schools, our school was started by a visionary Montessori educator who wanted, herself, to start a school. She and her husband literally built it out of nothing. And in recent years they began to sense it was time to retire, which meant: time to sell the school. I knew this all along, and I knew as well that re-starting the PTO was envisioned as a helpful contribution to this overall transition. Kickstart a PTO so parents and teachers and the school community have a sense that there’s a place they can go when they have questions. Transitions are difficult enough for everyone.

I’ll skip over the in-between details, but suffice it to say that the once-privately-owned Montessori school is now in the process of becoming a non-profit corporation, managed by an Executive Director and overseen by a Board. Every option was on the table, and the school chose this as its preferred future. It has been a big transition and nearly every question has been open for discussion and debate.

Along the way, one of the more fascinating moments emerged when parents and teachers were invited to lend their considerations to the necessary components of the by-laws for the Board. What turned out to be a hot-button question seemed simple on the surface: Should the Head of School (Executive Director) be a member of the Board? Many in the room very argued ‘No’ – conflict of interest; how could we fire the person? where are the checks and balances?

But I, and a few others, made the opposite point, pointing that it makes good sense to have the Head of School on the Board and, in fact, it’s actually in our very best interest. What if the Board suddenly makes a decision to ditch this whole Montessori thing, and turn it into a traditional school? What if the Board realizes there’s money to be made going down such-and-such a route, which may wind up in contradiction to the carefully thought-out principles which underlie everything in Montessori education? If we are investing in a solid, small Montessori school – evidently investing in the careful worldview which Maria Montessori developed – then shouldn’t we want the Head of School to be a key voice at the table when ‘business’ decisions get made?

The larger membership agreed. The Head of School is, at least theoretically now, a voting and full member of the Board.

At a deeper level, there is every good reason why our church is set up this way. If the vestry has oversight of the fixed assets of the parish, shouldn’t at least one person at the table understand why we are in the business we’re in? Sure, any lay leader should be able to articulate the mission of the church and let it inform the decisions she makes as a vestry-member. In my ministry, I have had the pleasure of working with many, many lay leaders who are, themselves, true pastors and gifted theologians. But, just to be sure that our business is always and ultimately the restoration of all persons to unity with God and one another in Christ, the Episcopal Church has set it up so that at least one person – namely, the rector – is not only present at board meetings but also president of the same.

Our structure emerges from our self-understanding as the Body of Christ. I’m glad to have participated in the deliberations at my daughter’s Montessori school, and additionally glad to have walked away with the realization that, as a priest and rector, I have a real opportunity to speak on behalf of the non-profit sector. Any priest or lay leader who has worked carefully within the church also has the opportunity to let those who work in other fields understand that we, in non-profits, function the way we do for good reason. We actually believe that the bottom line is more than money-in/money-out, but, in fact, the flourishing of all persons – members and leaders and our community, all the same. Ensuring that the rector is both a member of the vestry and its chairperson is one small tactic on the way to this larger, more impactful goal.