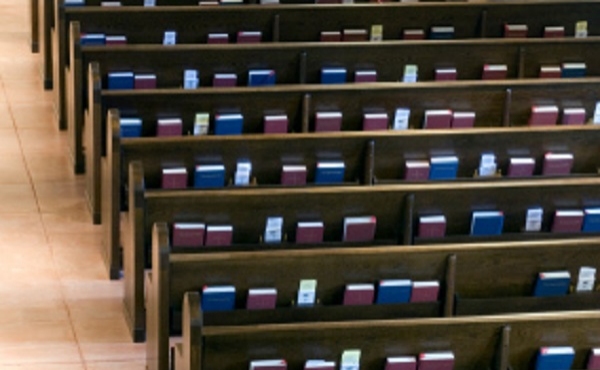 “How do you do Sunday mornings?” That’s perhaps the most common question I get when someone realizes that I serve as one rector of two congregations. The question makes perfect sense, actually, and figuring out the Sunday morning worship schedule was among the most important things we did before launching our new, shared venture between Ascension and St. George’s – the two communities I serve.

But how could we do this with only one rector? That’s when we realized we need to push the paradigms and think more broadly, not just about Sunday mornings but, indeed, about resourcing ministry. To our south, for instance, is a parish with two priests, one rector and one part-time associate. And our diocese is starting to ordain vocational Deacons. What if, we wondered, we could think more regionally about worship and clergy leadership? What if we could broaden our paradigms, and not only for Monday-through-Saturday but also Sunday morning, along the way?

Here's what the Sunday morning worship schedule, in theory, looks like:

It’s a four-week rota, plain and simple. I am always the Celebrant at St. George’s Holy Eucharist at 9:15am. I am always at Ascension at 11am. At 7:30, I travel back and forth, one week at Ascension, the next at St. George’s. Thus, over a four-week period, a worshipper at 7:30am has Holy Eucharist three times; sees “their priest” two of those three times; and gets to enjoy one of their fellow lay leaders offer the Word through Morning Prayer once. Individual 7:30 worshippers have adapted. Some go to the ‘other’ church on that Sunday if lay-led Morning Prayer is not their cup of tea. For our part, we advertise the service schedule (including Celebrant and type of service) well in advance via the website, and we publish the next Sunday’s schedule on the bulletin’s back-cover calendar.

The Sunday morning worship rota at Ascension and St. George’s is not a perfect system, and we’ve been adapting it ever since we started around this time last year. But, through it all, I’ve learned two big and, I think, important things.

The first, which I covered in the previous post, is that there is good reason to explore growing beyond the conventional ‘8am & 10:30am’ Sunday morning worship schedule. It may be the case that there are communities and demographics we are missing, or simply speaking past when we try to replicate the idea of two comprehensive, all-inclusive worship services on Sunday mornings.

The second, and more structural issue, is that if we want to offer to future generations the idea of a cross-national and, indeed, international Episcopal Church – that is, a coalition of worshipping communities in most every county, city, and village; every rural, urban, and suburban community where Episcopal churches currently are and, in time, need to be – we’ve got to find a way to inspire these developments in every local communities.

Everyone who wants it should be allowed to have ‘their’ priest, ‘their’ rector but, without undoing the parochial system which undergirds Episcopal polity, we not only can but, in fact, should learn to share clergy and leadership resources from parish to parish. When I was curate, I was one of four priests on staff. The parish to our north, a smaller congregation, had one. I’ve heard of a larger church in the Southeast who regularly deploys its Associate Rectors, at least on Sunday mornings, to serve smaller local neighbor congregations. They still work for the big city church, but the smaller, neighbor, country parishes at least have clergy coverage and a full worship life. Point to a large, thriving Episcopal congregation, anywhere in our church, and I could likely find a smaller, struggling congregation in short driving (sometimes walking) distance.

Point to a large, thriving diocese and you will invariably see next to it, bordering it in many cases, a smaller struggling diocese. Based on current trends, the Episcopal Church in less than twenty-five years will be comprised mostly of several larger ‘program’ congregations and dioceses, and a scattering of historic properties and inheritances. Most upward trends in the Episcopal Church, of late, have obviously been little more than lateral growth – people moving from small, dwindling congregations to larger, more thriving ones. We have not had comprehensive institutional growth. The type of institutional collaboration that moves us to use our current resources (people, giving, assets) to fund future mission is not only good business sense, now; it’s absolutely critical if we want to pivot to God’s preferred future.

This blog is part two of a series. To read the first part, click here.