The Challenge of the Sound Bite 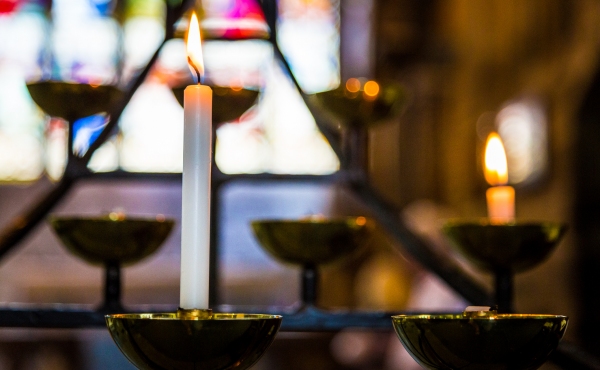 The local public radio station allows sponsors 24 words for each ad. The name of the sponsor counts as one word. But if a website is given, “dot” is one word, and “org” is another. 24 words.

Like a tweet on Twitter, the word limit makes us consider what is most important to communicate and to whom. A good exercise. It is similar to articulating a mission statement. But a mission statement is meant to guide and inspire the people who are already part of the congregation. This was for those beyond our walls.

So, how do we describe ourselves in 24 words or less?

Sure, we all want to appeal to all. But the truth is we can’t. And we don’t. At least not in a single ad. So, the 24-word ad has to be written with a “target audience” in mind. Who do we want to attract? Do we advertise for those who are ecclesiastically near or those who are ecclesiastically far off? Do we seek those within our denomination who are looking for a church like or unlike the last one? Or are we reaching out to those who have never been to a church unless it was maybe for a wedding or a funeral, but are ready to give it a try?

The bald reality is that more and more people beyond our walls have not grown up in the church or are not be part of any particular church tradition. So if we want them to know who we are, the words we use need to be as un-churchy as possible. And whether words are churchy or not, they carry certain connotations, positive or negative, when associated with a church.

Should we even refer to our denomination? If we identify ourselves as an Episcopal church, what will people then assume about us? Do we want those assumptions? If we want to distinguish ourselves from other more established churches in our region, should we use new or contemporary, or words like re-traditioning, emergent, fresh expression, ancient/future? What does “new” mean or imply? What does “participatory” mean or imply? How about “liberal”, “conservative”, “progressive”, or even “church”?

One thing that helped was to realize that our website is our primary place of description. The radio ad, or any other advertising or signage we use, is mainly to get people to check out the website. There they will find out more about our practices and passions, our setting and our ministry.

Early on, we determined to use our full name: the Episcopal Church of the Advocate. At least in the radio ads. A hard call, but we thought it was helpful in our university town setting and would set us apart from other new churches in town. We also hoped that any words that followed our name would balance any negative connotations of the Episcopal Church as exclusive or formal. More recently though, we are going with The Advocate, or The Church of the Advocate, as much for simplicity as anything.

We also wrestled with whether or not to use the words sacrament or sacramental, liturgy or liturgical. In one round of ads, we avoided the word liturgy. And we attracted one person who was quite alarmed to see us process with the cross and Gospel book, and accused us of idolatry. They did not return.

We realized that there would be others, though, who would be looking for a liturgical sacramental church, and would associate these words with something ancient and time-transcending, or at least something rooted in certain tradition or practice.

So we went with: “The Episcopal Church of the Advocate, where tradition, liturgy and reason meet compassion, justice and transformation. Sundays at 5 PM”

The response, especially from the university crowd and other Episcopalians, was enthusiastic.

But in the next round, we decided to articulate a welcome.

The Episcopal Church has the slogan: “The Episcopal Church Welcomes You”, which is lovely, but it can seem so broad as to be vague. But once we tried to be more explicit, we found it hard not to leave someone out. At the time, many liberal Protestant churches were running with the “open and affirming” descriptor as a way of saying that they welcomed LGBT folks. While some people of the Advocate pushed for us to use these words in our advertising and website, it risked sounding like an insiders code. Affirming of what?

Others pushed back saying, “What about people who are divorced? Many churches make divorced people feel very unwelcome.” and “What about people of color?” Should we post a litany of who would be welcome? We wondered if we should use the language adopted by the US Government and used by many organizations and businesses declaring that we do not discriminate “on the basis of race, color, religion, sex, age, national origin, veteran status, sexual orientation, gender identity, or disability….” But this seemed too formal and legal and, in many ways, obvious for us.

So instead we adopted the statement: “The Episcopal Church of the Advocate: welcoming people of every kind of household and every stage of life and faith and doubt.”

This turned out to resonate with many, drawing people to the Advocate either by the “every kind of household” phrase or by “every stage of faith and doubt”. And while many churches are just as welcoming, our explication seemed to make it more believable somehow. It also reminded us to practice welcome in all we say and do.

In other settings, we used the word “new” for our first five years. We regularly described ourselves as “a new mission”. But as we evolved, we realized we were no longer “new”, so we started to say we were “rooted in, but not bound by, the tradition”. More recently, since moving and inhabiting the 19th century chapel, we say we are “a new old church”, and we find it is true at almost every level of our life together. So in the most recent round of ads, we adjusted our 24 words to say:

The Episcopal Church of the Advocate hosting twenty-first century questions and ancient wisdom in its new old chapel. All households are welcome. The Advocate Church dot org.

Twenty-three words! One to spare.