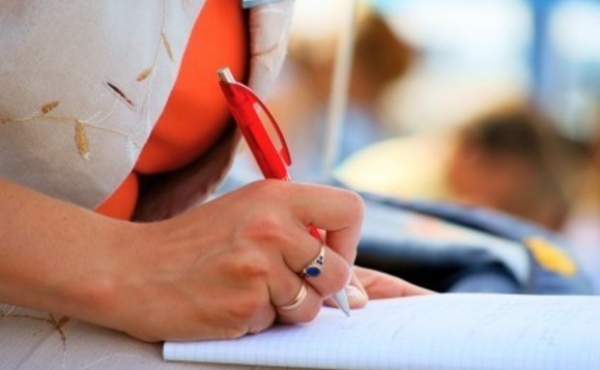 I’ve found a way to make Christmas last all year. Or at least a bit of the spirit of the season.

When I store the decorations for another year, I’m always faced with a dilemma: What should I do with the Christmas cards? It’s the one time of year that folks send a snail mail card, and even if most have a simple signature, they are still a tangible connection to a longtime friend, a faraway relative, neighbors, and fellow parishioners. I hate to throw them away but I also don’t want to become a Christmas card hoarder.

A few years ago, a friend (and Episcopal priest) sent me a handwritten note in the middle of the year and explained that she kept her Christmas cards for a special purpose. Each week, she would draw a card from the pile, add the person to her prayer list, and then write and mail a note.

This year, I decided to try the practice. And God has done (and continues to do) what God so often does: surprise me with serendipity.

Several times over the past eight months, I have heard from the person or family who received that week’s handwritten note. The common question: How did I know that they were feeling down or had a rough week or really needed some extra encouragement?

My answer, every time: I didn’t. I had no idea that a friend had a rough week at work or someone was feeling estranged from his family or that depression had wrapped its claws around a parishioner. I didn’t know. But perhaps God did.

I simply pulled a card at random and wrote a note, explaining that I was lifting up the person (couple or family) in prayer this week. Then I recalled something about our relationship, things that I admired or had inspired me.

I was surprised the first time someone hugged me at church, tears in her eyes, asking how I knew that she had been having a rough time. I was surprised when I received a letter back in the mail from a friend who wanted to apologize for some comments she made 25 years ago. She had always regretted them but never felt like she knew how to say sorry. I had long ago stopped being mad or hurt but somehow my note to her and her note to me healed something in both of us.

I was surprised when a friend came up to me, weeping, and told me I could never imagine what had been going on in her mind the day the note came in the mail, reminding her that she was loved and valued.

But I have been reminded time and again of how God works in magnificent, mysterious ways. This ministry of encouragement has brought some stillness into my life, time for reflection and for expressing gratitude. And somehow, for some people, it has been a lifeline.

I wonder what it would be like to carry out this practice as a community of faith. What if we set aside ten minutes at the end of Sunday School and drew a name out of a hat and wrote a note of encouragement? What if our prayer groups committed to not only praying for people but also sending a letter that tells the person he or she was prayed for by name? What if each Sunday, we shook the celebrant’s hand and then picked up a pre-addressed, pre-stamped postcard with names of community leaders, fellow parishioners, neighbors of the church, clergy of the diocese, and others?

I don’t know what might happen if we engaged in such an intentional and continued ministry of encouragement. But God does.