Beyond Livestream Worship: Keeping Faith Communities Connected in the Face of COVID19

This blog is part of a series. Read the next post here. 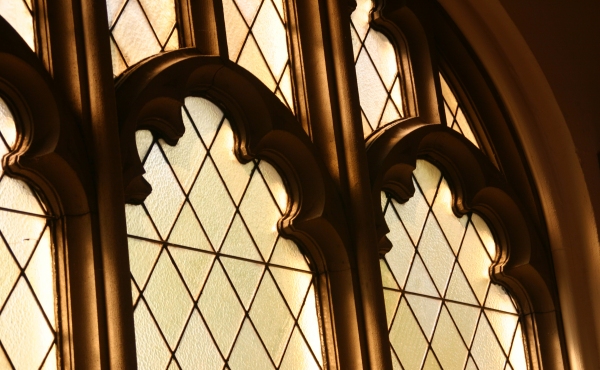 The COVID19 pandemic is not the first time Christianity has been faced with the moral question of how to respond in the face of pandemic. In fact, the question is nearly as old as the Church itself. One of the first times was during the third century Roman plague. Something likely akin to Ebola, the so-called Cyprian plague (after Bishop Cyprian of Carthage) which ravaged the Empire from 250-270 CE.

Just as they had in the Antonin plague of the second century, the powerful and well-to-do of the Empire fled the cities for the relative safety of their countryside villas, leaving the rest of the populace to fend for themselves. As attested to by both Christian and secular writers of the time, just as they did in the previous plague, the Galileans (as they were called) did the opposite, staying behind and even coming in from the countryside to feed the poor, care for the afflicted, comfort the dying, bury the dead, and to attend to public hygiene, doing this not just for the faithful but for their entire communities, Christian and non-Christian alike. It was, as Bishop Cyprian put it, their burden of care. Two remarkable things happened: they helped curb the contagiousness of the plague (the death rate was as much as 50% lower in cities with Christian communities) and the plague (or rather their response to it) helped make Christianity extremely contagious, so that it spread rapidly throughout the Empire.

Today we are faced with a modern plague but the question is the same: how are we called to live in the face of it. And our answers may ultimately lead to our congregations and the communities they serve surviving and thriving together. How might this be?

In the Diocese of Washington, where I am canonically resident and from which my ministry, FaithX operates, the Bishop, after prayerfully weighing the risks and benefits, decided to temporarily close all 88 Episcopal congregations. I spent last Sunday helping the rector of the congregation I attend hold online services on Zoom and Facebook Live (many other congregations did the same). We hosted 51 people from the congregation on Zoom and reached 900+ on Facebook). We learned a lot about online worship from this experiment, which we will share in a subsequent post.

Not bad for the first time out. But not enough, either. Online worship, while necessary, is not sufficient. Congregations do not live by worship alone, but also by celebration and music, gathering together for food and fellowship, caring for one another and comforting the sick, bible study and formation, giving offerings, and more. And just as importantly, by exercising our burden of care to our neighbors and to the neighborhoods around the us. Because while we often overlook this role, our congregations and our houses of worship are uniquely equipped to become the communal heart beat, not only of our faith community but of the entire community. And if we do live into this role, some of the people we care for in the larger community may someday decide to become part of our faith community. But whether they do or not, it is our burden of care.

In the days ahead, we will be publishing blog posts about creative and experimental strategies, as well as practical resources, for doing and being all the things that Church is supposed to be and do.

Next FaithX post: What we learned from our experiment in online worship.

This blog was previously published on The FaithX Project.