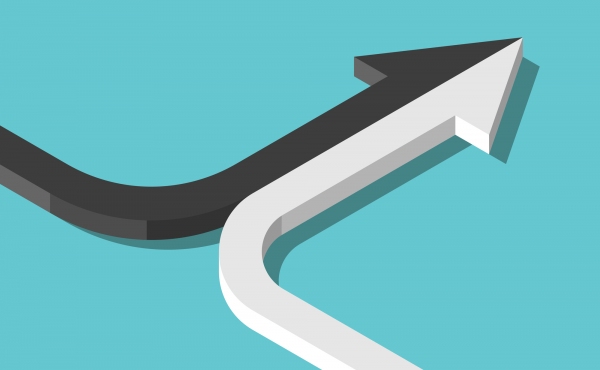 At long last, the two congregations I serve as rector are now one church – one church, we say, in two locations. Church of the Ascension in Lexington Park, MD and St. George’s Church in Valley Lee, MD are now two churches, two campuses of Resurrection Parish: the Episcopal Diocese of Washington’s newest parish, indeed the newest parish in our entire Episcopal Church! It’s been a long time coming, not to mention an incredible process; I’ve blogged extensively about our discernment around this initiative on ECF Vital Practices.

To be very technical, we merged two parishes into one parish. That may not seem super groundbreaking unto itself, but let me provide some context. St. George’s in Valley Lee is Maryland’s oldest continuous Anglican / Episcopal worshipping community – dating back to 1638 – and it became the parish church of William & Mary Parish when, in 1692, the colony was subdivided into 30 Church of England parishes (so much for Maryland’s heritage of religious toleration; we, too, got an established church not long after our founding). Church of the Ascension, meanwhile, was planted in a brand-new, post-WWII suburb as a mission chapel in the 1950s – along with so many other Episcopal church buildings and institutions in American cultural life – and it became its own full-fledged parish (Patuxent Parish) in 1968. Thanks, Baby Boom!

But a parish, of course, while the term seems quaint and all-things-British is also part of the corporate identity of a local congregation. The Vestry, for instance, is the Vestry of XYZ Parish, not the Vestry of St. So-and-So’s Church. Therefore, if you have a parish you have a Vestry, and a distinct set of financial books, and a unique corporate existence to maintain, and annual audits and election of officers … the list goes on. Think it’s entirely manageable? Please, Episcopal Church, download and read through The Manual of Business Methods in Church Affairs and ask yourself one simple question: “Can a community of 50 or so people [that being 2019’s median average Sunday attendance] really pull off everything expected in that manual in addition to worship, formation, payroll, staff recruitment, leadership development, works of charity and justice?” No, they cannot. The institutions which previous generations built can no longer be sustained today. Across the board, they haven’t been entirely well-maintained for nearly one full generation, but we’ve enjoyed sufficient levels of corporate memory and ‘oomph’ from the-way-things-were-always-done to let us coast this far.

Why merge, then? Because, now, Resurrection Parish (Ascension & St. George’s) has one vestry, one clergy team, one office (with a smaller remote ‘hub’ office at the other location), one set of financial books, one management structure, one copy machine, one phone and email system … and two locations. The goal is to cut in half (at least) those things that have to do with institutional survival, and exponentially amplify the mission and ministry carried out at two vibrant, vital Episcopal mission centers in two important communities. Through a funny quirk in TEC’s Canons – Canon III.9.7(b)(2) “If there be two or more congregations or Churches in one Cure…” – we also learned that One Parish could have Two (or more) Churches; one didn’t have to become demoted, as it were, and become a Chapel. Each church is able to maintain its own local culture and traditions and history (to the extent that they feel so called), while moving so much to a shared ‘back office’ has translated into enormous cost savings and economies of scale. The annual budget, alone, shows that Ascension and St. George’s are offering the same levels of mission and ministry, not to mention some greater degree of hopefulness because of our shared future at nearly 75% of what the model cost pre-merger.

Merging hasn’t solved all of our fundamental issues and challenges. Growth and congregational development remain high on our list – as is the case for your congregation, too, I imagine. But merging has enabled us to see the landscape of potential opportunities and God’s preferred future in a more wholistic way. It’s helped clear a lot of the unnecessary, irrelevant stuff that used to get in the way – a lot of internal work focused on saving the institution, or at least keeping it afloat for one more year, or one more quarter.

Merging may not be what your congregation needs. We didn’t enter this discernment with the goal of merging. We journeyed through several steps: ‘yoking’ at first, which meant that we retained two distinct parishes and churches but shared staff, programs, ministries. I think of the “Multi-Parish Benefices” in the Church of England as another excellent example of how to do this work – moving the needle away from trying to ‘save’ the church and, instead, working to serve and bless our neighbors and neighborhoods. In the case of Church of England benefices, the Team Rector, as is often the case, works collaboratively with local churchwardens and each local congregation retains some degree of local identity and autonomy (again, to the degree that that’s working in the first place). Merger is not an across-the-board solution to every community in The Episcopal Church, nor does it solve every issue. It is a good option, if truly discerned of the Spirit, and can be very helpful.

A merger is also not only for smaller, struggling congregations. First off, small isn’t bad. Frankly, the Episcopal Church is a denomination of small churches: TEC’s median Average Sunday Attendance in 2019 was 51 people; and there are vastly more congregations with fewer than 10 people on a Sunday (413 in ’19) than those with 300 or more (only 255)! Second, show me any large, resource-sized Episcopal congregation today and, more often than not, I could drive not too far and find a smaller, struggling one. Are we happy with trendlines that’ll hollow out a local congregation and move resources to a few? Are we happy with corollary trends of lateral growth among Episcopal churches – where individual members simply flee smaller, struggling congregations, transferring their membership to a few larger ones (and, all the while, we ignore the simple baseline fact that we’re not really making that many more Christians; just moving around Episcopalians)? A merger, therefore, can also benefit larger, more resourced congregations, ensuring that they don’t enjoy the short-term gain of membership increases while ignoring neighborhoods and communities nearby that are blighted, underserved, and likely neglected by public policy planners. Do we want to replicate that model of benign neglect, carried out all the time by city planners who conveniently look the other way, as “the Episcopal branch of the Jesus movement”?! I think not. We’re called to a higher standard, much higher than Darwinian market economics. Granted, if there would be some discernment between larger congregations and smaller ones, someone would need to balance the scales early on in order to ensure an equitable process of discernment, lest it appear to be the Big Church taking over the Small.

Merging parishes or, at least, initiating a conversation with local clergy and lay leaders that might lead to a merger – or not – is a good thing for The Episcopal Church. I can imagine congregations (and parishes) that aren’t even geographically contiguous partnering together in some coordinated fashion, pooling their resources, sharing back office costs, creating lay and clergy ministry teams. It doesn’t have to become a merger; in fact, the very word will invariably come across as highly threatening if it’s used to early (which is why I titled this blog post in that way … so it’ll grab your attention!). How can we create a more sustainable business model that helps drive the mission and ministry of The Episcopal Church in our communities, cities and towns? But, also, how can we create a more collaborative framework in which we work together with neighbors and partners, ensuring that more resources go out to bless and serve? At the end of the day, this is not a business strategy; it’s a mission.