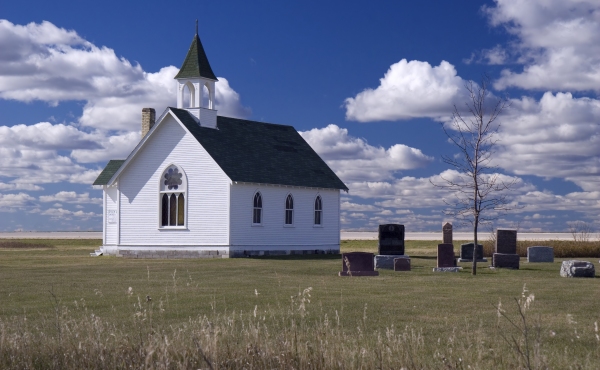 Depending on where you look, or what news you follow, we’re either wrapping up this pandemic or deeply mired in it. Even with increasing vaccinations, there’s trouble on the international stage – dramatic numbers of caseloads in India, for one. U.S. teenagers are now approved to get vaccines, but scores of Americans are still hesitant or altogether resistant. And some fully vaccinated people simply aren’t returning to what used to be perfectly normal, mundane activities – grocery shopping, eating inside a restaurant, going to church among them.

This is already a challenge for the church. It has been, and it will continue to be. Over the next several years, if not decades, these new emerging patterns will pose an even greater challenge for the institutional church. Nowadays, we operate on dual platforms – meeting gracefully those (fewer) who come in-person as well as reaching those who feel safer at home. No one’s said anything about a comprehensive mission strategy, and there’s even less mention of funding models for this uncertain future.

There’s a lot I don’t know about the future shape of The Episcopal Church. None of us do. There’s so much we don’t know about what will become of religious engagement and involvement and participation, in general.

The good news is that we have all the ‘raw material’ in The Episcopal Church to do this. Local communities of faith called “congregations” are joined together in a regional body called a “diocese.” At each level there are leaders commissioned and called upon to see the field from whatever perspective they have. This raw material, so to speak, is there to keep us connected and, in fact, deepen our connections, to wrap our arms around each other so that we do the necessary heavy lifting together toward God’s preferred future. The questions we need to be asking, right now, are questions about how best we can deploy God’s collective gifts, how we can celebrate the resources which have been entrusted to the whole. The theological term for this is stewardship.

Recently, the Episcopal Diocese of Washington (DC, that is, and surrounding counties in Maryland) has begun to engage this very conversation. I’m a priest in the Diocese of Washington, and I’m thrilled that we debated and approved – by an overwhelming majority, no less – a new canon which will enable and encourage all levels of the church to pull together. It’s a canon that cherishes, at its heart, the local expression of The Episcopal Church. It’s also a canon that primarily addresses those communities whose sustainability is truly in question, or should be called into question – “viability” is the working term. But it’s not exclusively limited to those places. It’s about stewardship. The stewardship, in this case, of a diocesan community: communities linked to other communities forming a new, larger community of faith. That’s baked into the canon through its name. It’s not an ‘imperiled parish’ canon; it’s a canon on “Diocesan Stewardship and Parish Viability.” Here’s the link.

For some reason or another, no one really knows, the Diocese of Washington has never had a canonical provision that allows the bishop and/or leadership bodies of the diocese to step in and intervene in a given congregation’s life cycle. I think it was because the Diocese of Washington, which was created in large part because of the creation of the National Cathedral (side note: it’s the only diocese in our church, I believe, whose cathedral predates the diocese itself); thus the Diocese of Washington came into being the early years of what was truly the Christian Century. I don’t think 20[1]-century Christian leaders ever thought there would be a decline. They’d just go from growth to growth, such was that wonderful moment of the Christian Century. Why, then, would they ever think to put in place a diocesan canon that would deal with diminishing engagement and declining numbers? Why, for instance, would a parish church ever become a mission chapel?

Lots of dioceses have such canons. The committee that came into being to think together and draft a proposed version of this canon looked around – we couldn’t find a single diocese that didn’t have such a canonical mechanism! They’re not all great canons out there, mind you. Often, they’re called ‘imperiled parish’ canons, which is an unfortunate title. Equally often, they give astonishingly high levels of authority to “the bishop” or, in modern parlance, the “ecclesiastical authority.” That’s all fine and well on paper, but a truly sane bishop would never use such a thing and the opposite of a sane bishop would use it all too frequently! I’m not saying that we in the Diocese of Washington wanted simply to copy those other dioceses – far from it, in fact – but there is some wisdom in making sure that no one is so independent that they are alone.

The very canon itself, even the idea of it didn’t emerge from the bishop of the diocese, nor from any officially sanctioned diocesan leadership body. It emerged from a bunch of clergy and lay leaders – myself included – wondering together if there’s a better way to be church, a better way to share and steward resources. Some years ago, we had a conversation about this at our regional clergy meeting: why don’t we, as a diocese, have such canonical provisions? That conversation led to more conversations, and not just with clergy in our region but lay leaders, too, and clergy and lay leaders throughout our diocese. That same sense of opportunity and a genuine interest in having this conversation met most of those conversations.

So we made a proposal at diocesan convention, and called for a committee to think about this and come up with something (sounds very proper, doesn’t it?). And that committee did their work, as I mentioned above, and checked in with every region and community in the diocese, itself – ultimately presenting a proposed canon, which was then presented and discussed (and revised again) in each region of the diocese. The bishop called a Special Convention in April 2021 and the Diocese of Washington approved the canon overwhelmingly – just a small handful of people voting against it, and literally hundreds saying “yes.”

It’s so brand new that no community has used this canonical tool, yet. I’m certain that it’s far from perfect. It will need revision down the road. Or, I should say, I hope it’ll be revised years from now by people smarter than me. But it represents an overwhelming consensus of lay and clergy leaders in one diocese who asserted that, yes, there is a better way to be church. There is a better way than to struggle alone, wonder alone, fear alone. This better way involves wrapping our arms around one another in order to do the big, heavy lifting we know we need to do. It’s still going to be hard but, no matter what, we know it’ll be lighter than if we went at it alone.

It’s high time, church, to start celebrating the resources we have, investing those resources in a far more deliberate, creative future, and pulling together, arm in arm, communities connected to communities forming a new transformative community – no less than one shaped after the Kingdom of God.