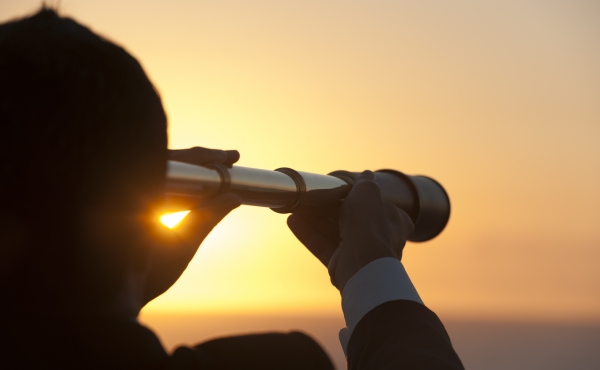 A regionally famous billboard along I-65 near Prattville, Alabama reads: “Go to church or the Devil will get you.”

Did a shudder just run down your spine? Mine too.

The billboard makes no mention of God or faith, of selflessness or devotion. Salvation is sold for the price of attendance. It calls to mind the famous words of Johan Tetzel that so troubled Martin Luther in the days before the Reformation: “As soon as a coin in the [church’s] coffer rings, the soul from purgatory springs.” While this billboard’s message feels too transactional for my taste, there are transactional elements to the relationship of the church and its people. People come to church looking for something and the leaders of sustainable churches need to know what that is.

For centuries, avoiding damnation was a major element of the transaction between the church and its people. But, as Samuel Wells asserts in his introduction to A Future that’s Bigger than the Past: “[Around 1860,] people started to stop believing in hell...” Let’s leave our theological arguments about hell aside for the moment and focus on Wells’ main point: The average person today is far less afraid of hell than she would have been 500 years ago when Tetzel was in his pulpit, or 300 years ago when Jonathan Edwards was preaching about sinners dangling over a fiery chasm, or even 50 years ago when Billy Graham was crusading about the necessity of conversion.

Other elements of the transaction between the church and its people are changing, too. Church affiliation no longer fulfills the same social expectation that it once did, nor does it afford the same social standing. The church’s moral voice is not as commanding as it once was and the role of clergy in the public square is far less prominent than it used to be. As one colleague put it, “The church used to hold both the sacred and the secular arenas of life within its grasp, but now the secular portion is slipping away.”

What do the people in your congregation expect to receive from the church? What individual or community needs might your church address? (Hint: Don’t assume. Go ask!)

Specific answers to these questions will vary, but a common thread has run through my conversations with colleagues in largely secular places: As Western culture continues promoting individualism to a degree that even Pelagius never imagined, people want the church to connect them to something that is greater than themselves. As another colleague put it, “People used to fear sinfulness, but now they fear meaninglessness.”

The new transaction is this: People come to the church looking to find transformation and transcendence.

Models of church that rely on obligation and duty are not likely survive. People are not likely to continue connecting with the church because they think they should. As another colleague said, “Everyone in our pews is here by choice. They do not come because of social expectations; they come in spite of them.”

But, people do still come.

Is this relationship transactional? Perhaps, but in the best possible way.

The opportunity for the church to advance the Kingdom of God under these circumstances is immense. If people are looking for an invitation to live more intentional, just, and selfless lives than their culture demands, or for a model of how to live such a life, then the call of Christ as expressed by the faithful ministry of his church can literally change the world.

How focused is your congregation on transforming the lives of its people and its community? How effective are you at doing it? How might you be (even) more effective?