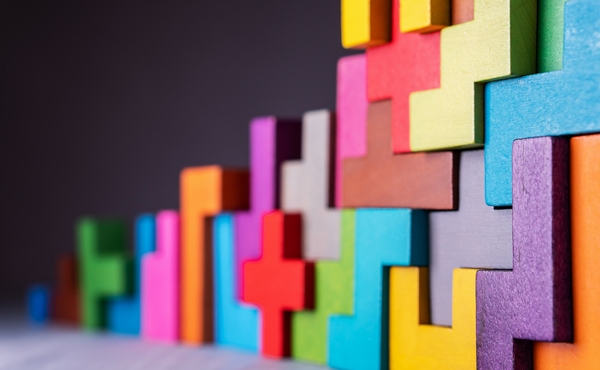 Many of today’s church leaders grew up playing Tetris. (Or, perhaps, watching their children play Tetris!) Tomorrow’s church leaders will have grown up playing Minecraft. Henry Timms and Jeremy Heimans suggest that the difference is more significant than it may seem because it reveals an important difference in how older and younger generations understand power.

“[In Tetris,] our role as players was very limited. Someone else had set the rules [and] we all played a version of the same game…Minecraft is an open world. It is up to players everywhere to decide what they want to create, and then they build them together, collaboratively from the ground up. There are no real rules to Minecraft…Everything there has been co-created by players of the game.”

Tetris reflects what Timms and Heimans call “old power” – a mindset in which people are generally willing to accept authority, follow established rules, and play their assigned roles. Minecraft represents “new power” – a mindset that questions authority, rejects seemingly arbitrary rules, and resists hierarchy. Put another way, people with a “new power” mindset expect to have a role in determining what their role will be.

The Episcopal Church operates with a largely “old power” mindset: Our General Convention is twice as large as the United States Congress and two years older. It has existed since 1785 for the purpose of creating canons that read like laws to govern its dioceses and congregations. The rules of the game are clearly set at the top.

Informal power often follows the patterns of formal power. Ministries can be hard for newcomers to access. So-called “gatekeepers” can determine who is in and who is out.

What elements of “old power” and “new power” are in play in your congregation? To what extent are they effective? Whom do they privilege? For whom are they most (and least) comfortable?

The Episcopal Church will not be relevant or sustainable in the new, secular age if we do not find ways of incorporating “new power” into our centuries-old traditions and patterns.

We’re trying: Presiding Bishop Michael Curry has called the Episcopal Church to conceive of itself as a branch of the Jesus Movement. The General Convention has authorized “mission enterprise zones” where the canons are relaxed in order to allow for experimentation. And, a partnership of Episcopal seminaries created the “Try Tank” to foster more creativity in ministry. These are good first steps, but we still have a long way left to go.

“New power” might mean allowing a group of parishioners to tackle a project without any need for review by the vestry or the rector. It might mean inviting people to help lead worship on the very day that they express interest. It might mean committees without officers, meetings without minutes, and programs without staff liaisons.

But, let’s not burn down the house.

The Episcopal Church’s institutions provide an important sense of unity in an era that is characterized by division. Our liturgy gives shape to prayer, which helps us connect with the divine – and with other people, across both time and distance. Our canons provide for the credentialing and disciplining of leaders in a time when it seems like anything goes. Our diocesan structures provide pastoral companionship and practical guidance for congregations in times of transition and turmoil.

No faith tradition can long survive without some structure to shape and perpetuate it. As with so many things, balance is key: The vibrant churches of the new, secular era will be those that use enough “new power” to be dynamic and creative while also using enough “old power” to remain grounded and stable.