Real Talk About Budgets, Part One 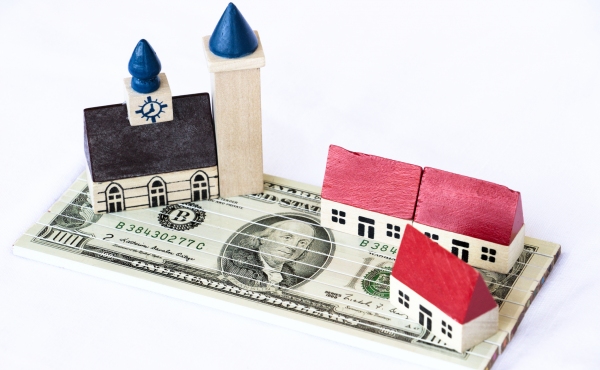 “Pay attention to the significant few,” he said, finally speaking up after what seemed like hours of endless back-and-forth about the Excel spreadsheet.

Others at the table looked as bewildered as I was.

“The significant few,” he went on, “that’s what we need to pay attention to – those significant few expenditures and resources that will really move the needle on this budget.”

I knew exactly what or, better, who he was talking about.

In terms of the expense side of things, he was talking about me: the rector. The single largest expense item on most church budgets is staffing, specifically clergy staffing (more on that to come in this series of blog posts). I don’t know what pill church leadership needs to take in order to be okay with this reality but we need to be okay with talking about how much personnel and, specifically, clergy personnel cost. The significant few expenditures are personnel.

On the income side of the budget, the significant few resources are pledge and plate giving. This is really basic stuff, right? But consider this scenario: more than one-fourth of your congregation’s budget meeting was spent talking about how much the rental groups contributed last year, and whether we could either bring in more groups or increase what we ask? And at that same meeting no one wondered whether we could encourage members to give more generously or, even better, find a way to empower all active worshippers to make a financial pledge? Perhaps at that very same meeting those leaders also fretted that “other parishioners” wouldn’t turn in their pledges or increase their giving, all the while without asking themselves that same question (and without any sense of irony)?

If you’ve ever been in a room like that, you know the allure of the insignificant many.

It’s astonishing how much time church leadership spends on the insignificant many. Why? My guess is, first, we feel we can control these insignificant many items. We can order fewer paperclips, turn down the heat, put a lock box on the thermostat, bring in more groups, put on more church dinners. My other suspicion is that the more time we spend talking about the little things, the less time we have to face the big ones. It’s a safety measure, effectively helping church leadership avoid talking about baseline expenditures and bedrock resources.

The first initial take-away, then, in this blog series is that church leadership needs to get a hold of what’s foundational. Focus on the significant few. If all else were to go away tomorrow, what would you absolutely need to resource and do church? Your members? Very much, yes. Your building? Maybe. Your clergy? In some configuration, sure. Your copy machine? Really?! Seriously, as compelling a question as this is, it should also come as a welcome challenge.

Before we start adding things, moving in new directions, The Episcopal Church needs to figure out what’s non-negotiable, foundational, bedrock. Practically speaking, for us, Episcopalians, who’ve inherited a great deal, this means that church leaders need to actively, swiftly un-do a whole lot of stuff. We need to get to the bedrock bottom quicker than ever. We’ve got to be brutally honest about what’s in and what’s out, what’s on the agenda and what’s not. We’ve got to get to the future faster.

Try this: by 2023, get your annual church budget to no more than two pages. Not categories, but the entire list of individual line items of things you receive and fund. If you’re exceedingly clear about the significant few, and you’ve dealt matter-of-factly with the insignificant many, your 2023 budget will fit on a document no longer than two pages. That budget should cover in clear, specific dollar amounts the numbers spent and the numbers raised in particular line-item categories. If you want to put together a narrative budget with pie charts and snazzy graphics, go for it but give the line items, too. In fact, put the actual numbers first. Don’t hide the reality that clergy cost money – serious money if you’re trying to pull off the inherited model of The Episcopal Church. Don’t hide the reality that we rely on the generous investment of the People of God. Don’t divide the clergyperson’s compensation into various areas – 20% of her time is spent on preaching, 15% in administration and so on. Even though it may be (arguably) compelling to an outsider, your narrative graphics effectively further the delusion. Get real. Be honest.

Doing this as step one will move you to confronting the insignificant many, I promise. That blog post is next up in this series.