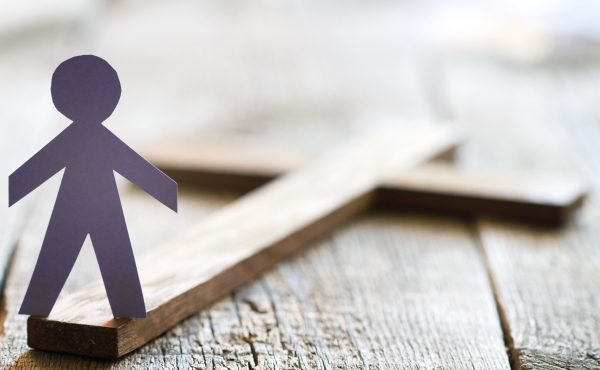 I called a friend when I got the Vestry’s financial offer: “I’m expensive,” I said. And I was.

That was years ago, starting my first position as rector. I was taking a pay cut from my curate’s salary at the time, but the benefit of a rectory and related cost savings made it more like a compensation increase.

Clergy are expensive. There is a real cost to our current, at least inherited clergy model in The Episcopal Church. This cost is a lot to bear for many local congregations. The model of a full-time, residential clergyperson includes salary / stipend, plus Episcopal Church Medical Trust health insurance, then pension, SECA, and reimbursements.

Say what you want about the model as I defined it. I promise I’ll come back to that.

Way back in 2014, I posted on my personal blog a thought-piece I called The Cost of the Present Model. “Based on the clergy compensation scale in the Diocese of Washington,” I wrote, “a priest with, let’s say, three years of ministry-related experience should earn at least $49,057 in cash stipend, but when you follow the diocesan personnel guidelines you’ll also factor in pension contribution (18% of the stipend is $8,830.26) and health insurance (two-person medical and dental in 2014 is $18,336) and a modest car and cell phone reimbursement (say, $5,000) and a continuing education line item (go with $1,000) and you’ll get the total amount budgeted to having a full-time clergyperson is $82,223, leaving a remaining.”

That post was shared through social media. One person commented: “$82,000 for a rector?! That’s the problem with these priests nowadays.” Or something like that. Insert cranky voice. Like me, he was shocked by the amount.

That was then, this is now. The 2022 clergy compensation scale in the Episcopal Diocese of Washington stipulates that that same priest should earn a cash stipend of $58,482.

Pension is 18% of the rector’s Total Assessable Compensation, which is defined by the Church Pension Group as “the sum of the following annualized amounts: base salary (excluding housing) and scheduled taxable cash payments; cash housing allowance and/or utilities; employer contributions to a qualified and/or non-qualified plan; one-time payments (applies to month when paid); the value of employer-provided housing, which equals 30% of the sum of the four bullets above.” So CPG pension payments for a clergyperson who lives in church-provided housing – and, again, has only three-years ministry experience – are more like $20,000. Don’t have the rector live in church-provided housing? Pension payments are lower, but the Diocese of Washington’s compensation scale stipulates that that number is only the “cash stipend” – housing is in addition to that number.

Medical and dental insurance? This year, in my diocese, the standard plan for a family costs $33,528 / year. Only two? It’s $21,780. Many congregations ask the rector to share the cost of the premiums (“…standard business practice,” we’re told) but the Vestry will also need to be mindful to garner sufficient financial resources in order to provide annual salary raises, lest the clergyperson wind up taking an annual pay cut in future years due to unavoidable increases in insurance coverage. And let me further point out that in my years in ministry I’ve seen the “standard” health insurance coverage go from the gold plan to the silver plan. I get it. “Standard business practices,” you say, rightly so. But no one seems to be talking about paying more for less … which is only putting the squeeze, in effect, on local congregations and clergy.

I’m expensive, really expensive if you ask some people. And I’m not even going to discuss how much I’m paid under scale according to the Diocese of Washington’s chart. The reality is that most clergy in most congregations price themselves out after the first five, maybe ten years in ministry. (Except for those few clergy in those very few congregations who are compensated generously and adequately, for whom a diocesan scale doesn’t need to exist in the first place!)

You get the point, I’m sure. Clergy are expensive. Our current model of full-time, residential clergy is expensive.

Let me pause here for a moment. If you’re not a clergyperson, how expensive are you? Or, when you were working, how expensive were you to your employer? One of the challenges in this conversation is that church leaders know all too well how much their rector costs, which they compare with much they earn, or earned when they were working. But how much do you / did you cost your employer? How much did your employer contribute on your behalf in FICA / SECA, reimbursements, health coverage, pension, housing (in some instances) and other benefits? Not many know how much they cost, simply what they make.

As I promised earlier, let’s talk about the model as I’ve defined it: full-time, residential clergyperson.

Say what you want about my working definition, but you’d have a hard time arguing that it’s not an historic, established standard. Like it or not; it is what it is. Our inherited model of (priest) clergy calls is that of a priest who feels called to serve a particular congregation and who will move into that community and live and serve there on a full-time basis. “Full-time” is itself a fairly modern term but I’m using it to indicate the outline and pattern of our inherited, historic model of (priest) clergy calls. Your rector, that is to say, was solely focused on your congregation and community as her “full-time” occupation. Full-time, residential priest: that’s what makes a “rector,” at least historically, at least according to our inherited model of church.

Cash salary. That’s another big-ticket item. So call a half-time, part-time, quarter-time rector? You’ll save on cash stipend and, by extension, pension and maybe health insurance. But will that rector be able to invest what your church needs? Will you make ends meet in the short term but leave the hard decisions to your children, if they’re even still in church to make those decisions?

Does a rector really need to be “residential” in your community? Good question. Maybe that rector won’t move into your community. If your congregation has a rectory, this is an added appeal: you can start renting the rectory and making some serious cash on the side (note that you’ll start paying property tax). Play around with the “residential” aspect of “residential, full-time clergy” and you could make some real financial headway in the short-term, but you may impact crippling problems down the line.

Sure, there are all kinds of churches who can meaningfully afford to have a clergyperson live, technically, outside of the parish. It makes good sense, for instance, if the rector lives in a city suburb but serves a congregation in the next-over exurb. Or if the church is in a city center (talk about staggering costs of housing!) so the rector lives in a less-expensive neighborhood. I’m not defining “residential” as strictly within the parish bounds. At the same time, however, I hope it’s not at all controversial to assert that clergy should either live in their parish or, at least, live close enough to their church that they can be a part of that congregation’s wider community in a sustained, meaningful way. I cannot imagine a scenario in which a clergyperson could live, say, more than one-hour commuting distance (one-way) from their church and meaningfully serve that call.

The inherited model of “rector” in The Episcopal Church is full-time and residential.

I know there are clergy who do not wish to work full-time. Yes, there are many healthy calls in which a rector serves on a half-time basis.

But categories and standards do actually matter, especially in a time such as this when we need to think outside the box. How can we think outside the box, if we don’t know the lines of the box? So the standard has to be established in some way, and at such point that it’s not drawn on the back of hopeful local congregations and those priests who want meaningful employment in ministry. Are we making half-time, part-time rector calls because we believe this is a fitting model of church? Or simply because it’s all we can afford? The former is sound theological reasoning. The latter is failure.

There is another way … a better way. Looking at the next several years, if not decades, most dioceses and congregations in The Episcopal Church need to garner and aggregate sufficient financial resources to ensure there are well-resourced, standardized clergy calls available. Simply put, congregations who cannot afford the inherited model should not be left out in the cold, having to figure things out on their own. There’s nothing wrong and I’d say (from personal lived experience!) everything right with sharing ministry and sharing staff, including clergy. Moreover, such full-time, residential clergy calls (=rector) should not be at the very top of the congregation’s current assets and spending limits (see next blog post) because the Vestry will need to commit to annual pay increases for the clergyperson, lest the rector, in effect, take a pay cut every year.

Yes, there is a cost to our inherited model of clergy, a very significant cost, no less. But there are real benefits to that model, as well: a local clergyperson who knows you and your community, who is deeply committed to growing the Body of Christ alongside of you in your place, in your time. Therefore, no, I don’t think congregations (and dioceses) are well-served to scratch away at the cost side of things, figuring out if there’s another way to balance the budget.