The Next Rector’s Problem 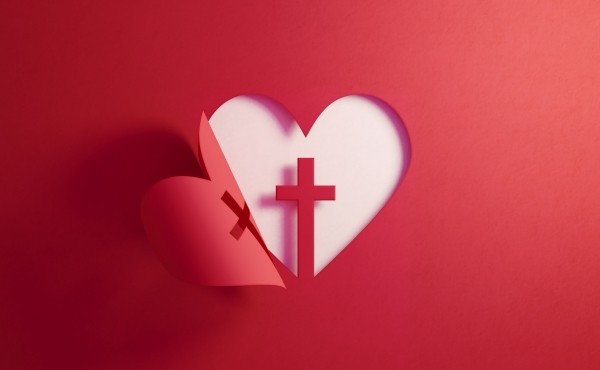 “This can be the next rector’s problem,” I said to myself.

A silk dossal curtain hung behind the altar at Church of the Holy Communion in Memphis. It measured almost twenty feet tall and fourteen feet wide – a royal blue damask field with gold bands and appliqued image of the ascending Christ. Wippell made the curtain for us in the early 1950s, shortly after Holy Communion moved to its current site. The dossal presided over every Eucharist, offered hope at every funeral, and appeared in every wedding and graduation picture for three generations. But, it had begun to show its age: The fabric was threadbare and the porcelain tone of Jesus’ skin reflected the artistic sensibilities of a former age.

When we began our recent church renovation project, we made a collective decision that the existing curtain would remain. There was a lot of emotion connected to the dossal and it seemed like something familiar needed to stay the same while everything else changed around it. “This can be the next rector’s problem,” I said to myself again as we carefully lowered the curtain, wrapped it in clean linen, and placed it in climate-controlled storage while we renovated its niche.

When we unrolled the curtain after construction, one thing became immediately clear: This was not going to be the next rector’s problem. Despite our best efforts, the curtain had deteriorated terribly. Dry rot tears had appeared throughout; it looked as though a large cat had scratched across it with claws fully extended. We rehung the curtain as we promised, but no one thought that it should remain.

I should note that there was a pandemic going on when all of this happened. Congregational gatherings to talk about what should be done with our venerable old friend were not only inconvenient; they were banned by local ordinance.

The vestry gave good guidance: Regather the church renovations committee, because they already knew how to work with each other and with the architects. Task them to create something that would feel similar, though with a more contemporary centerpiece.

The church renovations committee accepted the challenge. Our architects did too, but with a caveat: They wanted consultants with some serious Episcopal experience to make sure we got this right. Enter now Mel Ahlborn of Illumination Studio in San Francisco and Patrick Boylan of Grace Liturgical Vestments in Brooklyn. Together, amidst the pandemic and across a continent, Mel and Patrick listened well. They worked with our lay leaders to design something that was visually stunning and that looked both familiar and new.

The new installation is still twenty feet tall and fourteen feet wide, still blue damask with gold bands, but it has a striking velvet panel running down the middle. And, instead of an appliqued image of the ascending Christ, we have a three-dimensional, multi-media cross that appears to float in front of it. The cross includes Eucharistic imagery – this is Church of the Holy Communion, after all – and architectural details that pay homage to other parts of the nave.

Our communications plan was robust. We talked openly about our efforts to preserve the original curtain and the condition in which it emerged from storage. We circulated a description of the symbolism in the new cross and the designer created an accompanying workbook for children. We dedicated the new installation in grand fashion and had people available to take questions and hear concerns, but there were very few of either.

The new dossal curtain and cross have been in place for more than a year now and the response has been almost universally positive. This is a tribute to the leadership of our vestry, a group of committed lay leaders that discerned how much change would be too much change and that was willing to invest in a piece of fine art when they could have saved money by cutting corners.

The historic dossal curtain is in storage for the time being and will ultimately be buried somewhere on our grounds. It is commemorated in an oil painting, prints of which were made available to parishioners who wanted to have one.

The new dossal installation has become a symbol of resurrection for me and for many others. It is ancient and yet new. It honors what was and it looks forward to what will be.