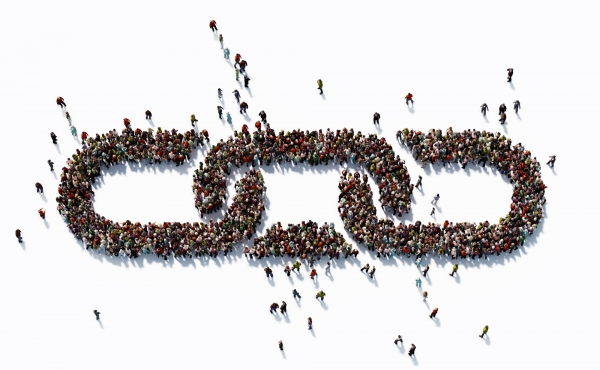 “Wow, that makes the two churches I serve as part of one parish, and the third as priest-in-charge kind of pale in comparison,” I responded.

My new colleague and I were enjoying lunchtime conversation in the refectory at Sarum College, just across the lawn from Salisbury Cathedral. The site of the former Salisbury & Wells Theological College, Sarum College is very much a working, albeit non-residential seminary. In fact, it’s a remarkable, vibrant center for theological formation and renewal for all orders of ministry! It’s a great place for anyone, including Episcopal priests on sabbatical like me, to spend any time, really. Simple accommodations, great staff, nice meals, a stone’s throw from one of the world’s great Cathedrals, and a dynamic, buzzing place where one can really get a sense of what life is like on the ground in the Church of England.

“Let me tell you the rest of the story of my ministry,” she continued, and shared what I believe is a truly remarkable story of team-building, diocesan stewardship, congregational care and dynamic future-oriented ministry and mission. The story I’m about to share is, I think, so bright and promising. And so ready-made for adoption in so many dioceses and regions and congregations across The Episcopal Church.

For starters, she said, there is someone in each church – or, in some cases, a few someone’s – who have a lived memory of each parish, each village having its own vicar. Those memories are faint at best, but they’re there. Along the way, however, sometime in the late 1970s or 80s the bishop of the Diocese of Salisbury leaned on the provisions provided for in the Pastoral Measures Act (developed in the Church of England in the 1960s and revised in the 1980s and 2000s; in fact, under another revision at present) and encouraged this scattering of neighbor congregations to come together and serve in a more unified way. They are not one parish. They have not merged. Each has some version of its own local leadership body, the Parochial Church Council (PCC). Some PCC’s are more functional than others. But what they share, all fourteen of them, is a collective sense of more abundantly serving their wider community. To do so, they intentionally share staff.

And do they ever share staff! This is where my colleague’s story gets more interesting and, frankly, much more exciting to me.

“I’m one of two Team Vicars,” she went on. “The lead pastor is our Team Rector, and we also work with two other retired, half-time, stipendiary priests.” If you’re counting, that’s a Clergy Team of five. They also have one full-time administrator, one half-time bookkeeper, a half-time Christian Formation Director, and someone who coordinates the communications ministries among this collective. Still counting? You’ll note, now, that we’re talking about a Staff Team (including clergy) of nine persons. Nine persons pulling together. Nine persons in various orders of ministry, all rowing together in a common mission with coordinated ministries, all focusing on supporting fourteen local churches in the service of engaging their neighbors and neighborhoods and wider community.

“Covid was, in part, a unique opportunity for us,” she continued, “for it made us realize that only about six of our churches were fulsome enough to really be considered Sunday morning congregations.” As they re-emerged following the Church of England’s Covid lockdown, this Team Ministry now has six places where there are Sunday morning worship services. Of the remaining eight churches, a few have mid-day, midweek services and the others are cared for by this clergy/lay ministry team, receiving pastoral care and having provided for them and their neighbors the various occasional offices and sacraments – baptisms, weddings, funerals, even coordinated gatherings of Morning Prayer, Evensong, and Holy Communion in the local churches. And, of course, in England it often goes without saying that the churches themselves are open to the public, unlocked daily by a churchwarden or neighbor (oftentimes not necessarily a regular ‘member’ of the congregation, but a ‘parishioner’ in the fullest sense of the term) – a beautiful witness to abundant hospitality.

None of the fourteen churches are trying to maintain an internal life that is in some way set apart from the world around them or in competition with other local Anglican congregations. Neither are they on a fast track to merge or yoke, as they also value their local lived experience in their villages and with each particular church. Moreover, I got the sense from our lunchtime conversation that even the faithful saints in those churches which do not have regular Sunday morning worship are grateful to (a) have their church, and (b) have it open, and (c) have a clergyperson (ministry team, in this case) who knows them and cares for them and lives in their community (albeit in the next parish over, which is really no more than a 10 minute walk!) that they are quite content with this arrangement. Most of them simply go to the next parish over for Sunday worship, even though their primary allegiance is to ‘their church’ in ‘their village’ which may not be open for corporate worship every Sunday morning but is still, very much, open!

I recognize that an overabundance of Anglican/Episcopal churches and clergy may be particular to certain communities – Salisbury, England isn’t the same as Manchester, I know. I also recognize the unique blessings of where I live and serve, too. You see, I serve as rector in Southern Maryland in the Episcopal Diocese of Washington. Down here, where the Potomac River meets the Chesapeake Bay, there’s an Episcopal church every 10 miles. I kid you not: set your GPS and within 10 miles you’ll be at another Episcopal church. (Horses travelled on average 10 miles per hour, they tell me, so it was an hour commute between villages.) In Washington DC, the seat of our diocese, there’s nearly an Episcopal church every four blocks. (Or, I should quickly add, in certain primarily upwardly-mobile, white, gentrifying/gentrified communities in DC there remains an Episcopal church every four blocks. That’s because The Episcopal Church has a horrible track record of serving within communities of color and, additionally, we have no mechanism whatsoever for keeping open congregations in struggling, poor, downwardly-mobile neighborhoods.) But city folks don’t live solely in self-contained neighborhoods any longer, nor do country people travel by horse and buggy. The average Episcopalian, clergy or layperson, in most Mid-Atlantic dioceses passes by four or five Episcopal congregations – and that’s just on her way to the gym, the grocery store, work, the coffee shop and the local park for a playdate!

I also recognize that a great deal of vision-casting around team ministry is found in what’s often called “mutual ministry” or “total ministry.” That work is being pioneered, and bravely so, in some more remote Episcopal dioceses. Their work is beautiful and very much a faithful response to God’s call in their setting. But it’s not entirely transferable to some of the more historic Anglican / Episcopal dioceses in major urban centers and on the Eastern seaboard, such as my own Diocese of Washington (DC, that is) which is smack-dab in the Mid-Atlantic – where Episcopalians, well, English folk first landed back in 1634 (10 miles down the road from me), and built and built and in many ways never really left.

When Ascension & St. George’s, my two congregations, made a proposal to our Diocesan Council to merge as one parish, a perceptive member of Council asked what we intended to do if we grow. “Our intention is very much to grow,” I shared. “That’s the whole point of yoking and merging – growth. And we believe that if we all ‘row together’ we’ll each grow more quickly than if each member church goes it alone.”

“But what will you do with clergy staff at that point?” the questioner asked. “Will you separate into two parishes, each with its own rector?”

“No,” I said, “or at least that wouldn’t be my hope. When each congregation grows, wouldn’t it be better in the long term to grow a staff? To grow a team? To grow by adding additional vision and wisdom and new perspectives, enriching the whole?”

I love the vision and, simply put, the practical wisdom of building and nurturing Ministry Teams. I love the idea of a team of clergy, deacons and priests (maybe even some bishops), together with dedicated lay leaders, all pulling together. A team of the saints of God in various orders of ministry, all rowing together in a common mission with coordinated ministries, all focusing on supporting 5, 10, 20 (!!) local churches in the service of engaging their neighbors and neighborhoods and wider community. Yoking or merging, that which I’ve written about in the past and worked toward, is all in service of this larger goal – team-building as a way to glorify God. However we get there, Episcopal Church, I surely hope we do!