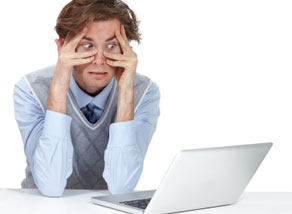 So you've posted a link to your sermon on Facebook and now the comments section reads like the bathroom graffiti in a college bar. What do you do? First, relax. This kind of blowback has been going on since Luther posted his 95 Theses on the doors of a Wittenberg church and started the first Social Media firestorm. Still, you need to be prepared to deal with it. You need to know when to respond, how to respond, and sometimes, when to hit delete.

Step 1: Identify the Type of Feedback
The first step, according to Mashable’s Josh Catone, is to identify the type of feedback you’re dealing with. Then you can determine the best response. Catone lists four types:

Straight Problems – someone has a problem with your sermon, something you’ve said or done or a decision the vestry made. This type of feedback is negative in the sense that it paints something about you or your congregation in a negative light, but it can be helpful in exposing real problems that need to be dealt with.

Constructive Criticism – this type of feedback is still negative, because it points out your flaws, however, it can be very helpful because it tells you how you can improve.

Merited Attack – You did something wrong and are being called on it. This can be painful and descend into ad hominem attacks, but you need to remember that the underlying issue does have merit.

Trolling/Spam – Trolls have no reason to be angry with you, hence the attack is unmerited. They may be angry at the church or the clergy in general. Spammers who may be promoting rival points of view also belong in this category.

Step 2: Decide How to React
The number one rule, according to Catone, is to stay positive. Becoming negative yourself only reflects poorly on you and your congregation. You must respond to Straight Problems and Constructive Criticism. Stay positive and use this as an opportunity to educate. For instance you might respond: “You make a really great point and thanks for bringing it to my attention. However, this is why the vestry decided to handle things the way it did …”. In most cases you won’t end up following or implementing the constructive criticism you receive but this is a chance to build loyalty and trust by responding positively and to thank those parishioners who took the time to provide you with a suggestion or point out a flaw or mistake.

Merited Attacks are harder to deal with and often become personal. “You should always try to keep in mind that this type of feedback, as harsh as it may be, has a basis in a real problem,” Catone writes. “It is best to respond promptly and with a positive vibe (e.g., thank the commenter for the feedback and assure them that steps are being taken to correct the issue or mitigate their problem…” he continues.

Finally, how do you handle Trolls and Spammers? First, you need to realize that this is not feedback at all; rather it is bait meant to lure you into an unnecessary and image-damaging fight. This type of feedback should always be ignored and if it is offensive or libelous it should be deleted as soon as you spot it.