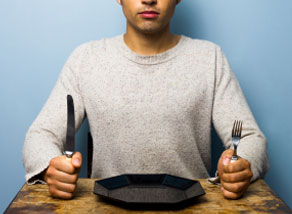 Katniss has a few other tricks up her sleeve, if we’ll play.

Our youth group participated yesterday in a Hunger Games program at our cathedral. If you have a tween, then you know all about Katniss, the main character of the Hunger Games trilogy (books first, and now movies – with the next one to be released in November). The series is wonderfully entertaining on one level and wildly disconcerting on another. The social commentary woven throughout the books is one part hyperbole, another part reality, as it explores the chasm between rich and poor and how we value our earthly resources. In short, it’s ripe for some real-life application.

And that’s just what the cathedral did with this afternoon program. They invited youth groups from across the diocese but only three showed up. That’s a shame because I think most youth (and adult) would have learned something about the world – and themselves. Nevertheless the forty or so youth played Hunger Games-inspired games – archery, camouflage, slingshots. They scored points for success and also for acts of kindness. They learned at each station a bit about issues of hunger and poverty.

But the real object lesson came at dinnertime. Ten percent of the group “earned” a lavish dinner, with adult servers, shrimp salad, and a thick steak for the main course. Twenty percent of the kids received a moderate meal of peanut butter and jelly and tomato soup. The remaining seventy percent sat on the ground around a pot of rice and a bucket of weak-tea water. This group watched while the select few enjoyed the spoils.

For an evening, these middle-class American kids experienced a sliver of the worldwide unequal distribution of wealth.

When my daughter returned home, I asked her about the afternoon.

I’m hungry, she said. And it isn’t fair.